The team behind plans to demolish Princes House in Glasgow to make way for a £75 million office block have unveiled outline designs of their proposals. Having acquired the building on the corner of Waterloo Street at West Campbell Street for an undisclosed amount, Garroch Investments said in June that it hopes to deliver a “brand new class-leading Grade A office with the highest environmental credentials”.

During an online pre-application consultation, the company said that demolition and new build was the “only viable option” for the site. The development is expected to create around 1,200 new jobs in the city and create an end value in the order of £75m.

A consultation website set up for the project stated: “The design concept for Princes House involves the careful demolition of the existing building and the construction of a best in class sustainable office development that meets the emerging demands of occupiers.

“The proposals will provide much needed Grade ‘A’ office accommodation in Glasgow City Centre and contribute towards attracting new occupiers to the city alongside additional jobs and inward investment.

“Scope also exists to activate the ground floor frontages of the building on both Waterloo Street and West Campbell Street through the introduction of retail and community uses.” 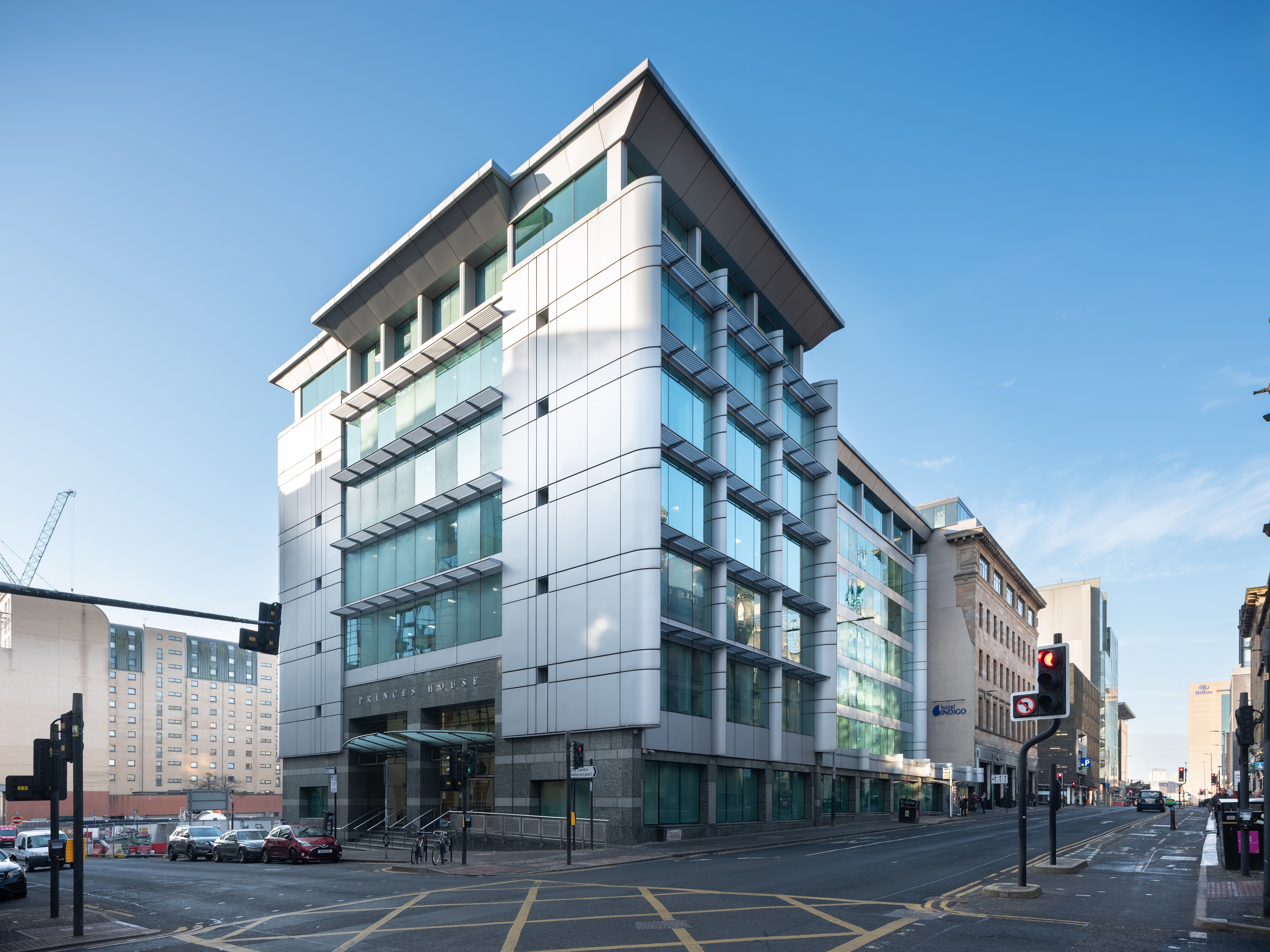 It added: “The existing building has unfortunately been constructed with High Alumina Cement (HAC) concrete that is no longer acceptable for occupied office buildings. Therefore, trying to rent the existing building to modern Grade A occupiers will not be possible.

“As the building incorporates HAC, it means that the building does not have a long-term future as it is impossible to obtain a fully repairing and insuring lease. Potential occupiers will worry about the quality and longevity of the building therefore it will be unable to secure long-term lets.

“This building will therefore not be able to attract Grade A office tenants to what should be a prime office location. “The building has already been reclad in 1998 which has reached the end of its useful life span and therefore refurbishment of the external cladding is futile as the building defect lies within the concrete frame of the building which cannot be upgraded or repaired.

“The new owner is committed to the site and developing it. Demolition and new build are the only viable option for this site.”

A formal planning application is expected to be submitted later this year.