Property and investment firm Osborne+Co has submitted plans to create a mixed-use development in Glasgow city centre which would include the refurbishment of the Met Tower to create 120,000 sq ft of Grade A office space and a new 260-bed hotel. 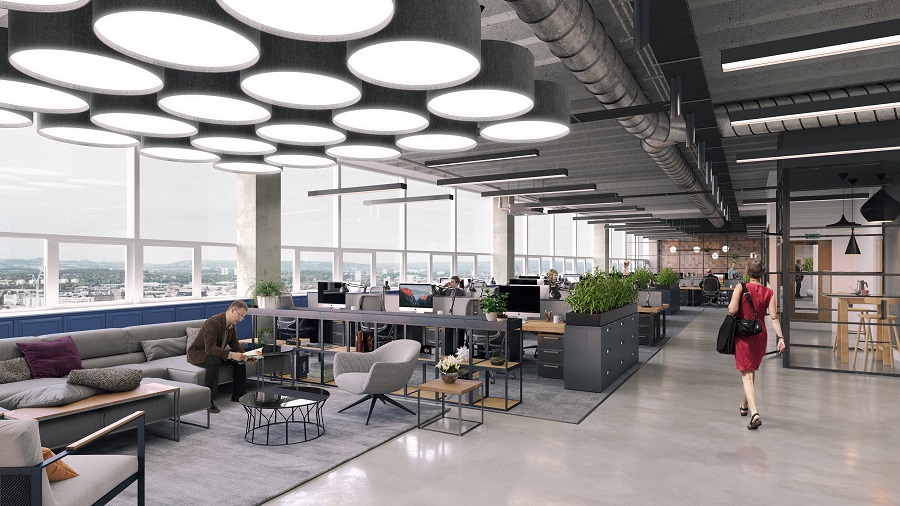 Represent a £100 million investment from the company, the detailed planning and listed building application includes the refurbishment of the old City of Glasgow College building, known as The Met Tower, on North Hanover Street, to create 120,000 sq ft of Grade A office accommodation over 14 floors.

It is proposed that the existing glazing will be replaced on a like-for-like basis and the existing internal structure of the category B listed building will be exposed to allow the original design to be revealed.

Additionally, proposals include the creation of unique double-height office space on the rooftop which would include a fully glazed gable, its own terrace and a viewing gallery overlooking George Square and the wider city.

To the north of the tower, Osborne+Co is aiming to demolish an existing ‘podium’ building facing Cathedral Street to make way for a 260-bed hotel across 11 floors which would connect to the Met Tower via a landscaped plaza, also accessible to the public. A market hall/leisure space is also planned for below the plaza, which would link to the reception level of the tower and entrances on both North Hanover Street and North Frederick Street. 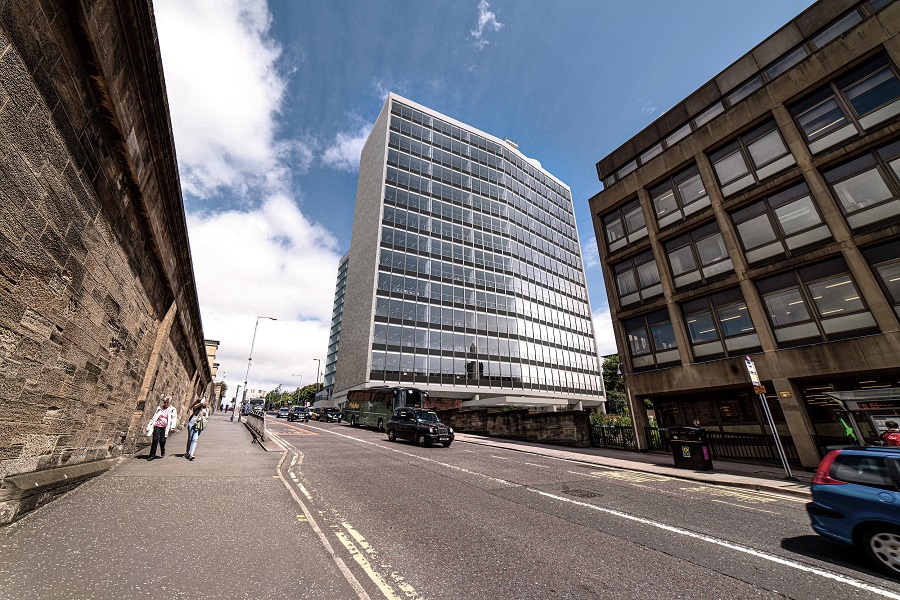 Will Hean, development director at Osborne+Co, said: “We recognise Met Tower’s significance to both the city’s character and people, so collaborating with Glasgow City Council to arrive at our final proposal has been crucial to ensure we deliver a development that addresses a requirement for the city and the people who make it.

“Undoubtedly, the city’s economy will face challenges over the coming weeks and months, but we are determined to underline our commitment to the city by progressing with the application and using the time we have now to ensure we are in a position to move forward when circumstances allow.

“It’s important that we continue our positive relationship with Glasgow City Council and we are grateful for their flexibility in providing online and virtual processes to ensure communication throughout the consideration phase can continue despite the COVID-19 outbreak.”

Osborne+Co said it will be working closely with Glasgow City Council in terms of new planning regulations, part of the emergency legislation passed by the Scottish Parliament last week.

The property and investment firm has already cemented its commitment to Glasgow’s economy with works already underway for the £140m regeneration project on Argyle Street, which on completion will provide 283,000 sq ft of office space and become JP Morgan’s new European Technology Hub.