Councillors have voted in favour of plans to build a Holiday Inn hotel on the former Glasgow Garden Festival site at Pacific Quay. 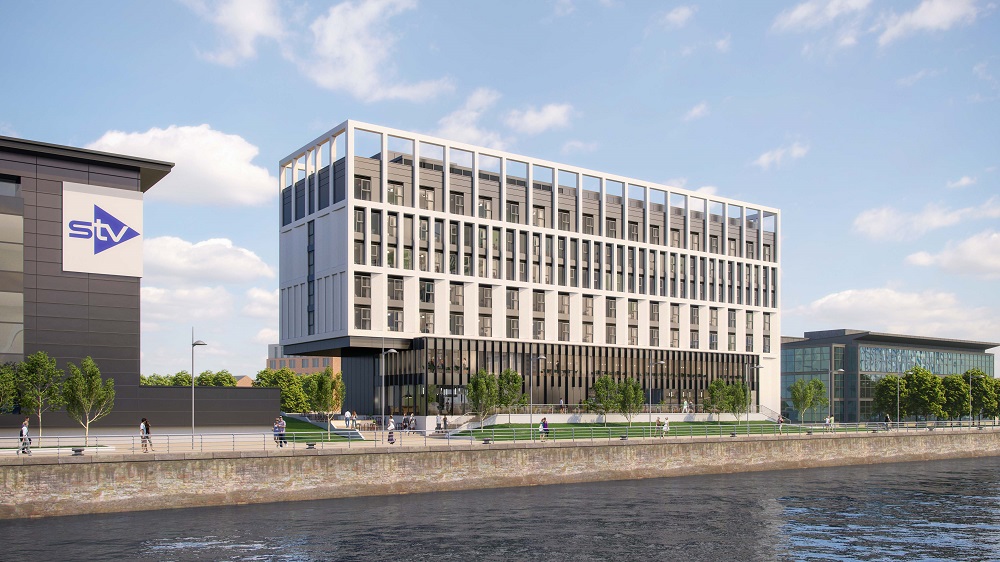 Glasgow City Council’s planning applications committee, which had been recommended to reject the project, gave its approval for the 150-bedroom development after a special hearing.

The application now has to be referred to Scottish Ministers for their approval because there was an objection from the Scottish Environmental Protection Agency (SEPA) over flooding.

Mosaic Architecture + Design submitted proposals with Iceni Projects last year for the project situated beside the STV headquarters on the south bank of the River Clyde.

The development will feature seven storeys with a first floor split between conferencing and co-working space and a Skybar on the top floor offering views across the river to the iconic Finnieston Crane and beyond.

SEPA’s objection stated the proposed development would “increase flood risk on this site and elsewhere”.

But Dr Michael Stewart, on behalf of the applicant, said their flood risk assessment had used river levels from the ongoing 2019 modelling and the buildings were located outside the flooding area.

“In addition, the lowers level of the building will be raised 1.65m above the 200-year flood level,” he said.

Glasgow’s development plan limits use of the land to business or industrial purposes.

However, Gary Mappin, a planning consultant from Iceni Projects, said: “The site has been marketed for more than three decades without success. We believe office development is not viable.

“The site is clearly a gap site development opportunity and will be the last piece in the Pacific Quay development jigsaw.”