Agreements between businesses and individuals occur on a daily basis, but what does it take to make them legally binding? Peter Begbie explains. 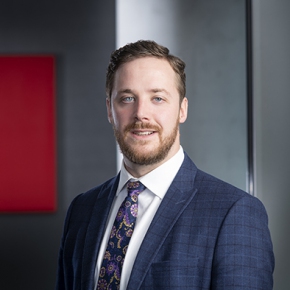 A written contract is a common – and often most advisable – way of legally formalising an agreement. However, it is also possible to establish a contract with others verbally or by conduct alone. There are numerous examples from everyday life: consider the contract made between the auctioneer and purchaser, or the floor traders in the New York Stock Exchange.

A recent Supreme Court case, which arose from a telephone conversation, serves as an important reminder of the weight given to verbal communication, context and conduct in deciding whether contractual relations have been created, as well as the importance of having a written contract in place – not least, because this particular dispute began over a decade ago.

The case in question related to Mr Wells, a property developer selling flats and Mr Devani, an estate agent. Mr Devani told the court that he had contacted Mr Wells to discuss the properties and that, during the call, he had informed Mr Wells of his commission rate should he be successful in assisting with the sale. He subsequently introduced a purchaser who agreed to buy Mr Wells’s outstanding properties. Mr Wells, however, insisted that no commission had been mentioned and refused to pay when Mr Devani made a follow-up request for payment.

The court had to consider whether a binding contract had been created between the two men and whether it was enforceable. To do so, it looked at various factors, including the words and conduct that had been communicated during the phone call. The court found in favour of Mr Devani on the basis that the agreement was complete and enforceable.

It was perhaps significant in this case that the commercial arrangement between the two men was a fairly common one. Indeed, the court said that there was no doubt that it would naturally be understood that payment would become due to Mr Devani on completion of the sale from the proceeds of that transaction.

One of the judges hearing the case compared the situation to that of a door-to-door salesman and provided the following scenario: “Take for example, the simple case of the door to door seller of (say) brooms. He rings the doorbell, proffers one of his brooms to the householder, and says “one pound 50”. The householder takes the broom, nods and reaches for his wallet. Plainly the parties have concluded a contract for the sale of the proffered broom, at a price of £1.50, immediately payable.”

In other words, very little indeed is required in certain circumstances to create legally binding relations.

So whilst contracts are usually interpreted according to the words that are used – written or oral – there are also occasions, particularly in relation to straightforward contracts, such as contracts of sale, where the context in which the words are used and the conduct of the parties at the time when the contract was made tell you as much or even more than the words themselves. Indeed it was pointed out by the court that in the door-to-door-seller scenario above, all of the essential terms other than price are agreed by conduct.

The case of Wells v Devani is a stark reminder of the importance of ensuring that key terms of agreements are set down in writing wherever possible. However, it also serves as a warning that businesses and individuals must always be aware that actions and conduct alone can be enough to create legally binding relations.