Work at a housing site in Bishopton has been suspended after a piling rig fell over yesterday. 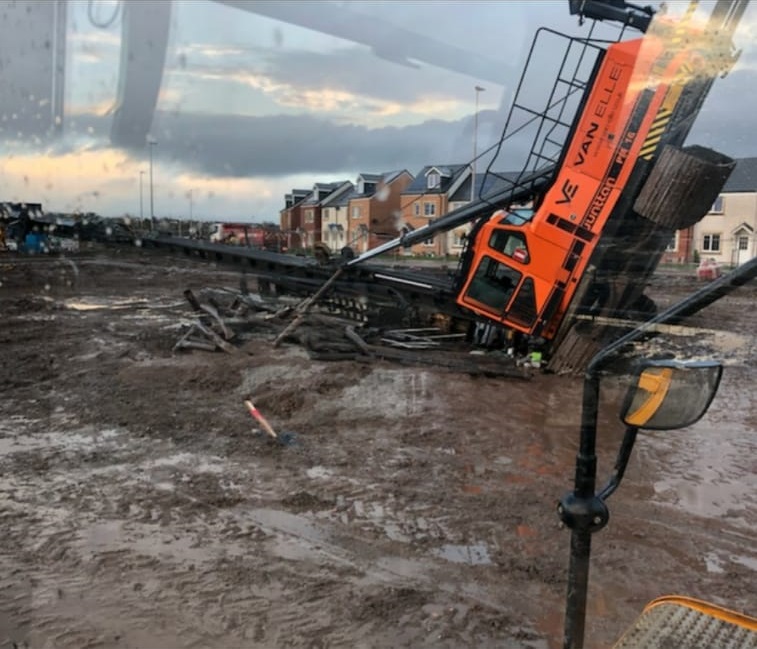 No injuries have been reported but details of the incident have been passed on to the Health and Safety Executive (HSE).

Van Elle confirmed that the rig has been removed from the site for inspection.

A spokesperson told Scottish Construction Now: “On 2 December, one of our rigs working on a site near Glasgow overturned during steel tubular pile unloading operations.” 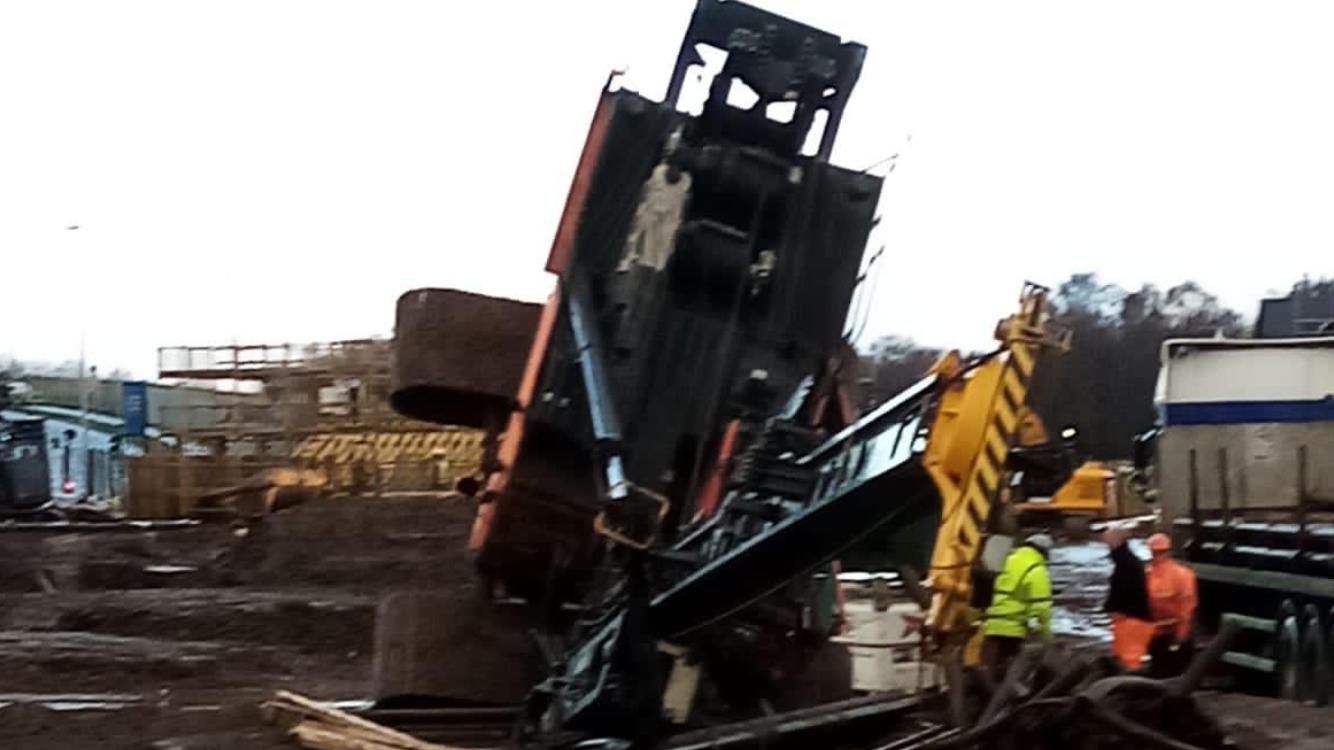 The spokesperson added: “Fortunately, no one was injured as a result and the rig has been taken off site for an inspection.

“Van Elle has launched an immediate inquiry into the cause of the incident and we will not be commenting further until we have concluded our investigation.”

A spokesperson for Barratt Developments, the parent company of David Wilson Homes, told Scottish Construction Now: “I can confirm that there was an incident at our Bishopton development involving our piling contractor. Everyone is safe and well. No one was injured.

“The HSE has been informed and we are working in partnership with them to conduct a thorough investigation. Work on the site has been suspended.”