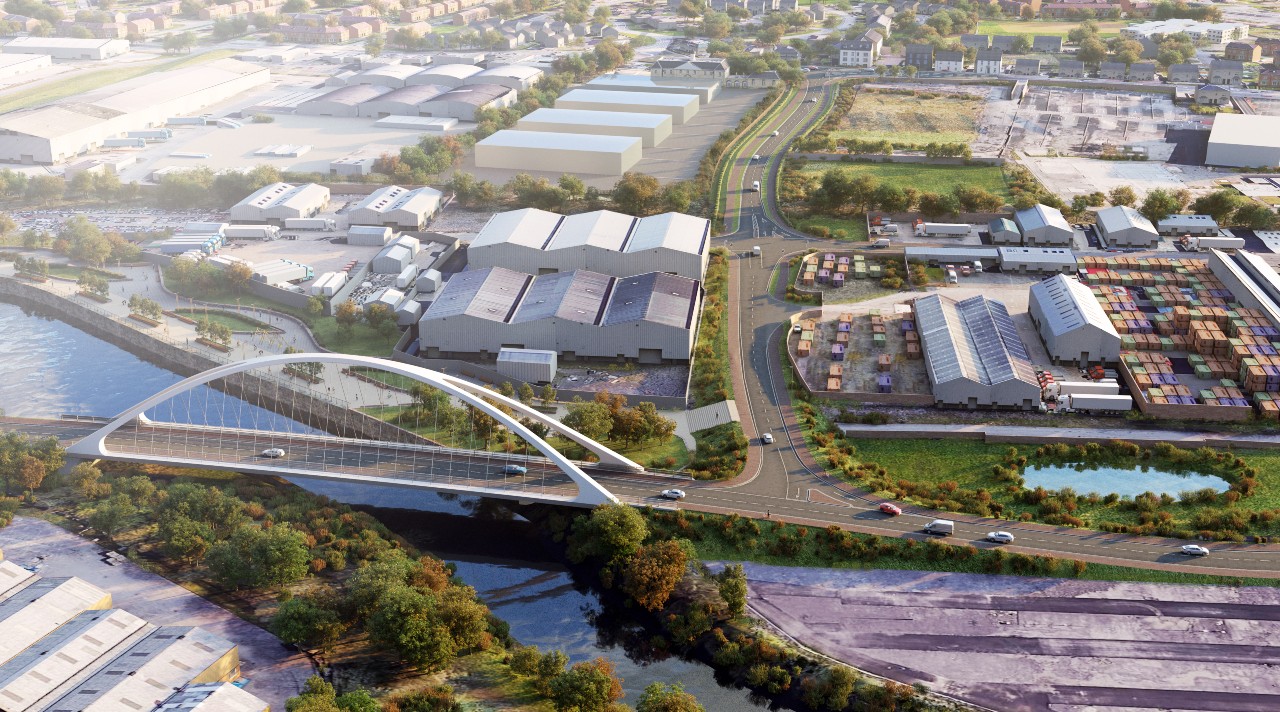 Renfrewshire Council’s Planning and Climate Change Board gave the green light to a series of new routes and links between the town centre and the Advanced Manufacturing Innovation District Scotland (AMIDS) which is being developed by the council next to Glasgow Airport.

There was great business backing and strong public support shown for the project which secured the third highest award of £38.7 million in the initial round of applications to the UK Government’s Levelling Up Fund.

A survey ahead of the planning application saw 90% of the 250 people responding say they’d use the riverside route and 86% confirming they’d be more likely to walk or cycle here following the infrastructure improvements.

Business case projections found the completed infrastructure could attract an additional £136m into the local economy and cut carbon emissions by more than 4,200 tonnes.

Councillor Andy Steel, convener of Renfrewshire’s Economy and Regeneration Policy Board, said: “Scotland’s home of manufacturing innovation AMIDS is really taking shape and it’s crucial as many people as possible can access the jobs and opportunities it is bringing.

“This project will connect communities either side of the river to their employment and education and enable business growth by improving access for customers and suppliers.

“As well as the economic boost, it will bring environmental enhancements by reducing congestion, making improvements along the river and by offering new walking and cycling options. This will all help to cut carbon emissions and support Renfrewshire’s net zero targets.”

Improving walking and cycling routes is a key component of the project, with the underpass beneath Renfrew Road to Gallowhill Road enhancing connections from the east of the town into West College Scotland and the new Paisley Grammar School community campus which is due to be built by 2026.

This Levelling Up funding has also enabled better connections at AMIDS, with works on Greenock Road in Inchinnan nearing completion providing improvements for cyclists, pedestrians and enhancing road safety with road narrowing and a speed limit reduction.

“This will not just provide the community with better access to jobs and grow the local economy, but also cut carbon emissions and improve wellbeing through more walking and cycling options.

“The UK Government is investing £38.7m in this project and more than £2.2bn for levelling up across Scotland.”

The project team are aiming to appoint a contractor later this year to complete the new transport connections which are expected to be in place in 2025.

Detailed designs will be shared with businesses, residents and communities along the routes over the coming months.