Scottish Borders Council has approved plans to build two new housing blocks on the site of a former Galashiels church. 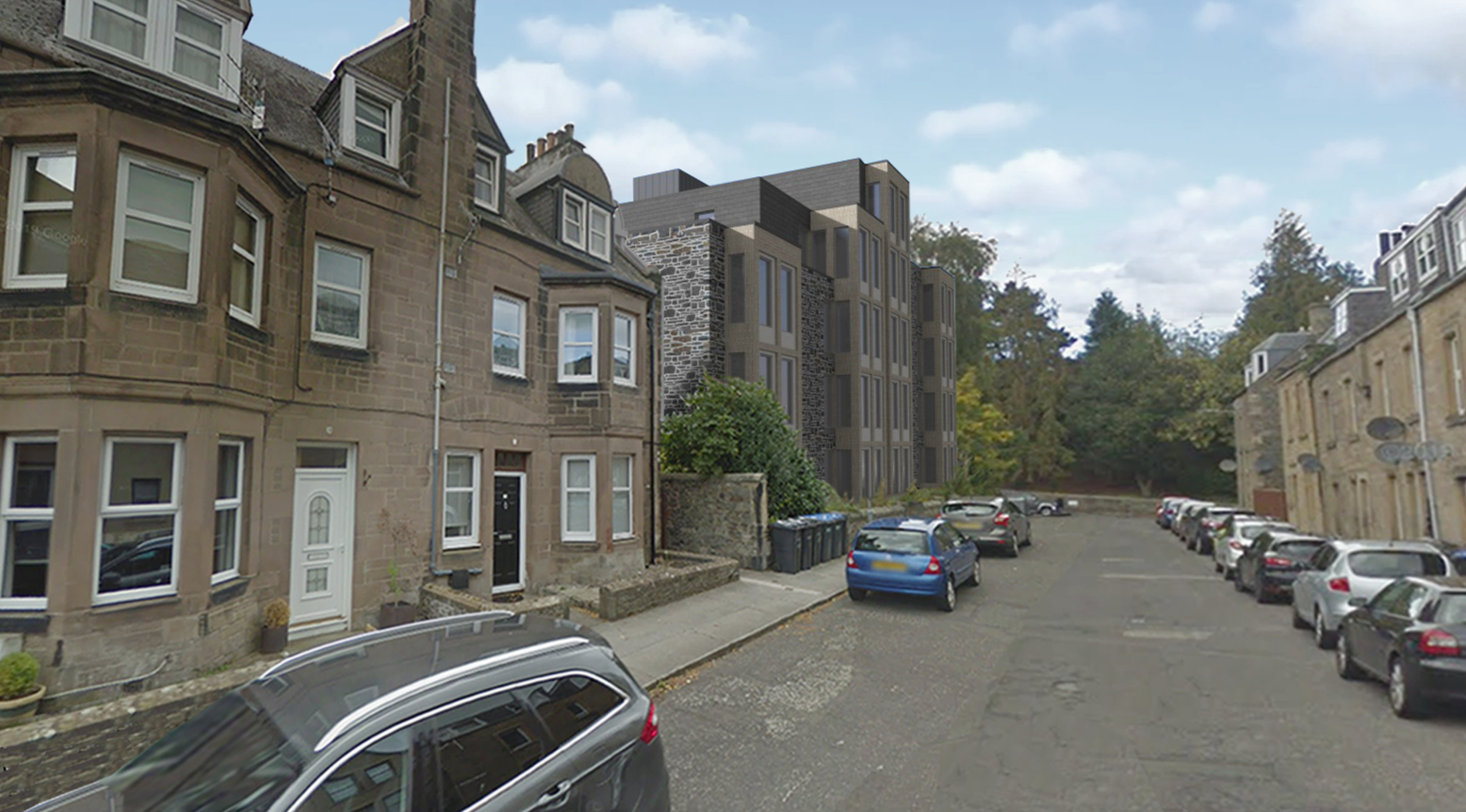 The proposed homes at the St Aidan's Church site

Twenty affordable homes will be constructed across two separate buildings on a site located in-between Gala Park to the north east and St Andrew’s Street to the west, on land where the B-listed St Aidan’s Church and church hall once stood.

One three and four-storey block is to be home to 15 flats and a second two-storey complex will have four terraced townhouses with one flat above them, the Peeblesshire News reports.

Cubby Construction is behind the plans, with Camerons Strachan Yuill Architects having drawn up the plans for the firm.

At the time of the submission of the plans, the architects said: “The proposal breathes new life and a sustainable future into a redundant listed building. Great effort has been made to retain existing architectural features within apartments and common areas, while the new-build element respects the context with a simple language and palette of materials.”

When the application was originally submitted in 2020, a number of objections were received over the scale of the development as obe objector claimed that the blocks that it would “dominate the area and detract from its splendour and coherence”.

In his report recommending approval, council planning officer Scott Shearer addresses those concerns. He said: “The siting of the development respects the positioning of the former church and church hall with the siting integrating with the position of other buildings on the surrounding streets.

“There is some context for some taller residential building in the area with the four-storey Cornmill Court positioned at the foot of Gala Park.

“Within this urban development, the scale of the proposal does not necessarily appear to be over development of this site and avoids causing harmful visual impacts within the surrounding area.”

A design statement from Galashiels-based Camerons Strachan Yuill Architects reads: “The approach is to replicate the overall scale of the main body of the previous church building, albeit with a contemporary interpretation.

“The development is a new landmark building for Galashiels that references the past, while looking to the future.”