Pre-construction work gets underway at Jacktonhall

Taylor Wimpey West Scotland has started pre-construction work for its development of 227 new homes off Jackton Road, on the western edge of East Kilbride. 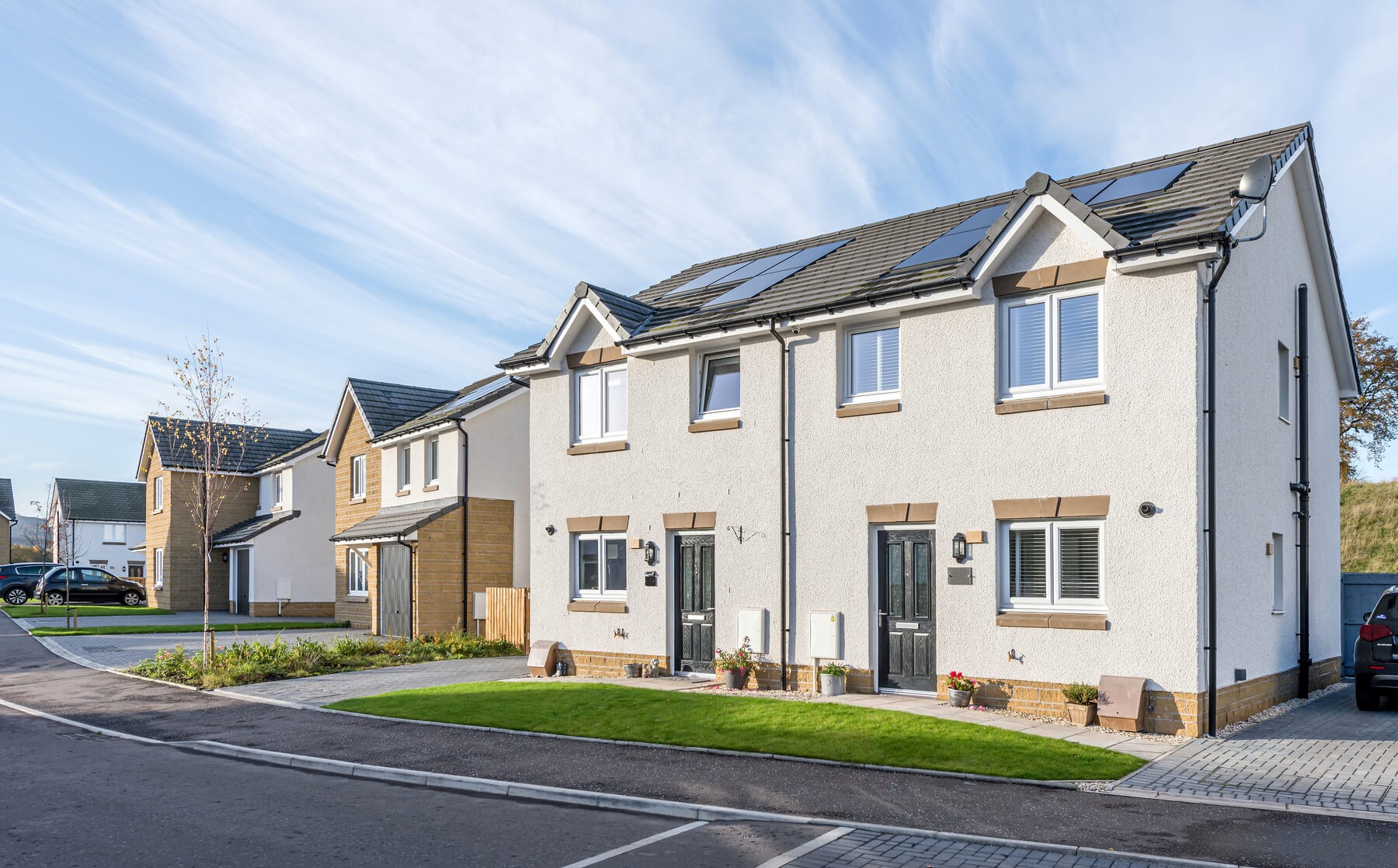 The development forms part of the East Kilbride Community Growth Area (EKCGA), and planning consent was secured in June 2021 from South Lanarkshire Council, following Planning Permission in Principle being granted in October 2019.

Amble Court, Jacktonhall will deliver a mix of two and three-bedroom terrace and semi-detached, as well as three and four-bedroom detached homes. The development has also been designed to create a sense of place and maximise the latest Scottish Government Planning Policy for Designing Streets.

The development will also benefit from the delivery of key infrastructure as part of the masterplan vision for the EKCGA such as new roads, which are already under construction, as well as a new primary school and retail provision.

New footpaths will be provided to connect with the proposed new infrastructure and the existing local footpath network, allowing residents to enjoy the development’s tranquil setting. New landscaping to the north and south of the development will aim to maximise and retain views to and from the existing countryside.

Amble Court will also complement Taylor Wimpey’s other developments in South Lanarkshire, including Benthall Farm where construction work on phase 3 is well underway in East Kilbride, signalling a continued and significant investment across the local area by the housebuilder.

Caroline Proctor, land and planning director at Taylor Wimpey West Scotland, said: “We are very pleased that our pre-construction works at Amble Court off Jackton Road, have started. This latest milestone for our Amble Court development cements our commitment to bringing new homes to this thriving new community that is emerging on the western edge of East Kilbride.

“And while playing our part in the delivery of new homes within the EKCGA and its masterplan, our development will also provide a range of economic benefits for the local area, which includes supporting over 160 jobs per year of construction, as well as the attraction of new customers to local businesses.”