Procast project is icing on the cake for Airdrie baker

One of Lanarkshire’s best-loved bakers got the keys to their new premises last week thanks to work completed by construction and property development firm Procast. 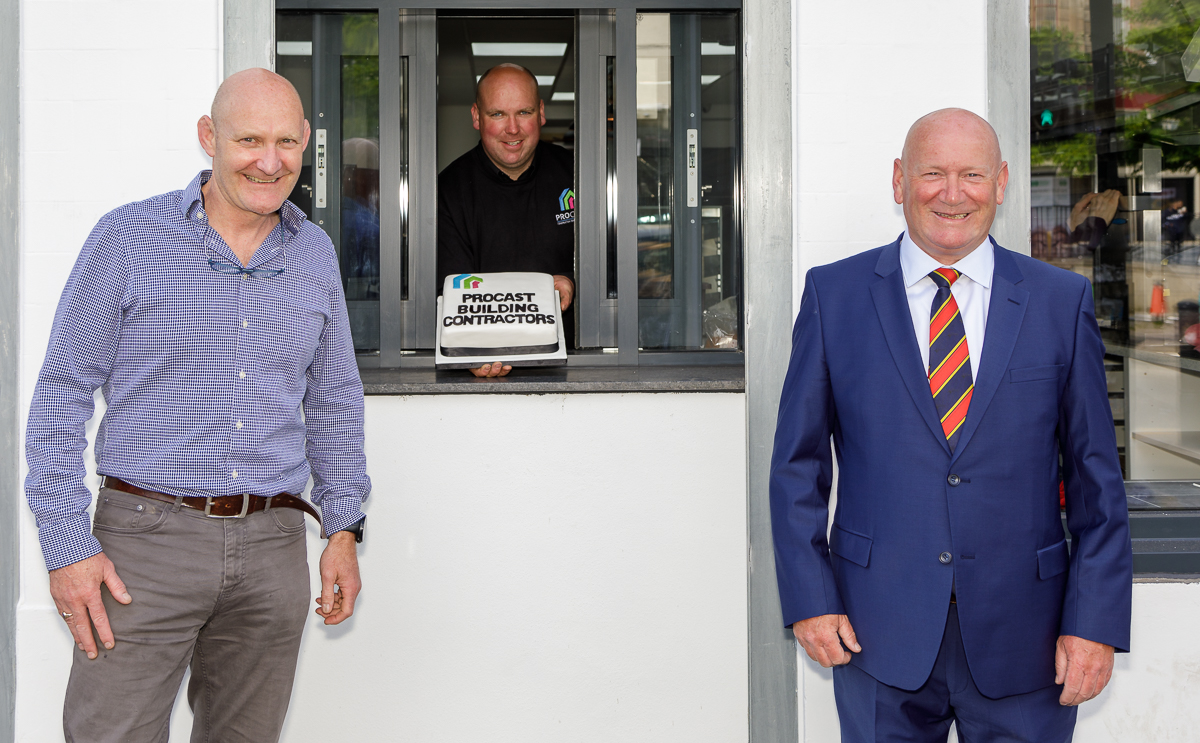 The handover took place at 8 Graham Street in Airdrie after Procast completed a £750,000 refurbishment of the building that is home to award-winning Christie the Baker.

The sweet moment means that the shop staff will move from their current premises at No. 12 today and to a shop that boasts a host of new features.

A special cake was baked for the big day as bakery owner Andrew Chisholm – whose business has another shop in Coatbridge – took control of the premises from Procast site manager Scott Martin and Councillor Ian McNeil.

Procast business development director Carol Cameron said: “Christie’s is an iconic name in Airdrie and we were delighted to be involved with such a familiar name and brand.

“This project has seen new life breathed into an old building that, frankly, was in need of a bit of TLC – and the end result is really quite striking. We wish Christie’s all the best for the future in their new shop.”

The project was completed for North Lanarkshire Properties, which is an arm’s length organisation connected to North Lanarkshire Council, and it involved three phases, the last two of which commenced in October 2020.

Works involved stripping out an existing Chinese restaurant and carrying out structural repairs to the properties above to form two new apartments as well as roof renovations and basement improvements. 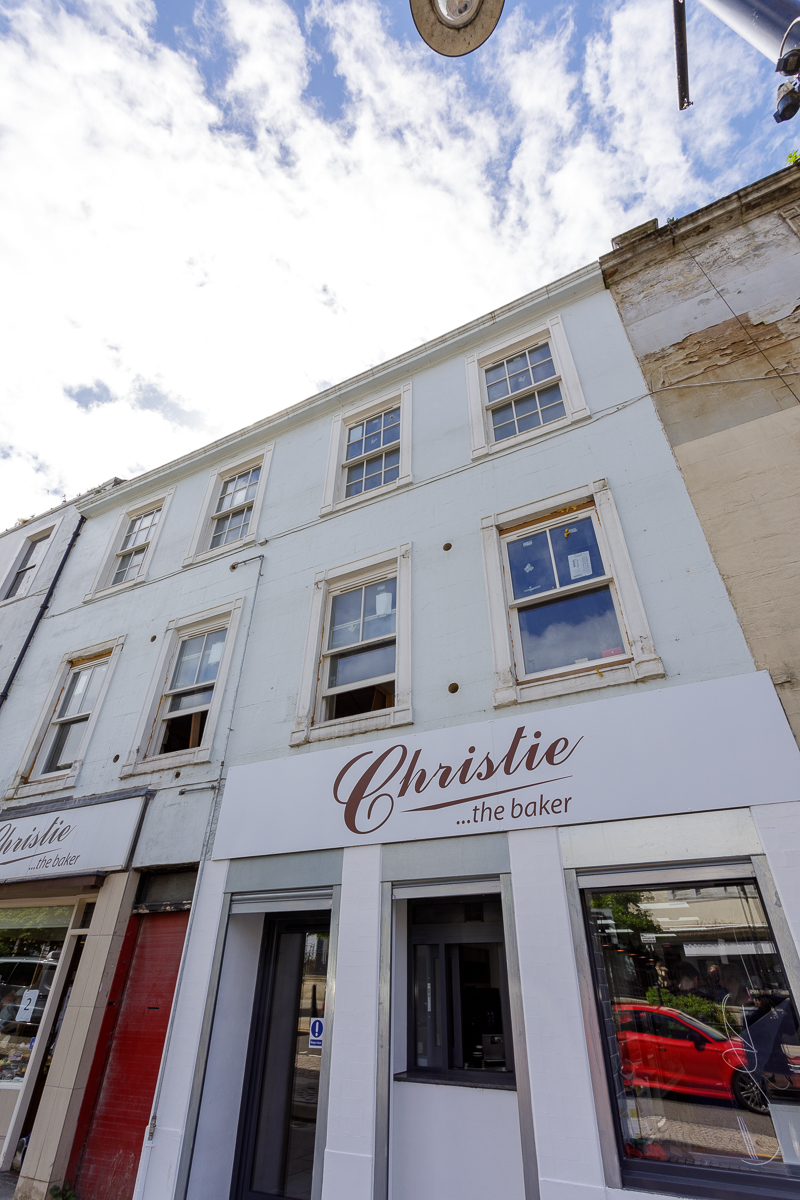 Chris Sullivan, North Lanarkshire Council strategic asset manager, said: “This is a significant step forward in the regeneration of the Graham Street building, with the successful relocation of Christie the Baker allowing us to complete the structural and refurbishment works in August.

“This partnership project will see a prominent building within Airdrie town centre transformed to provide much-needed homes for council tenants and fully refurbished commercial facilities for existing and new businesses.

“This is one of a number of projects being delivered by the council and North Lanarkshire Properties, as part of our ambitious plans for town centres.”

Once Christie’s are established in their new premises, Procast, which is based in Strathaven, will carry out in-depth structural works, including installing new steel frame and timber floor systems above and below, to enable completion of all the works.

Andrew Chisholm said: “We are very excited to say that our new-look Airdrie shop is open.

“There are several new features that we are delighted about, including a ‘walk-up window’, a main entrance with touch-free automatic door opening and a portable hearing loop.”