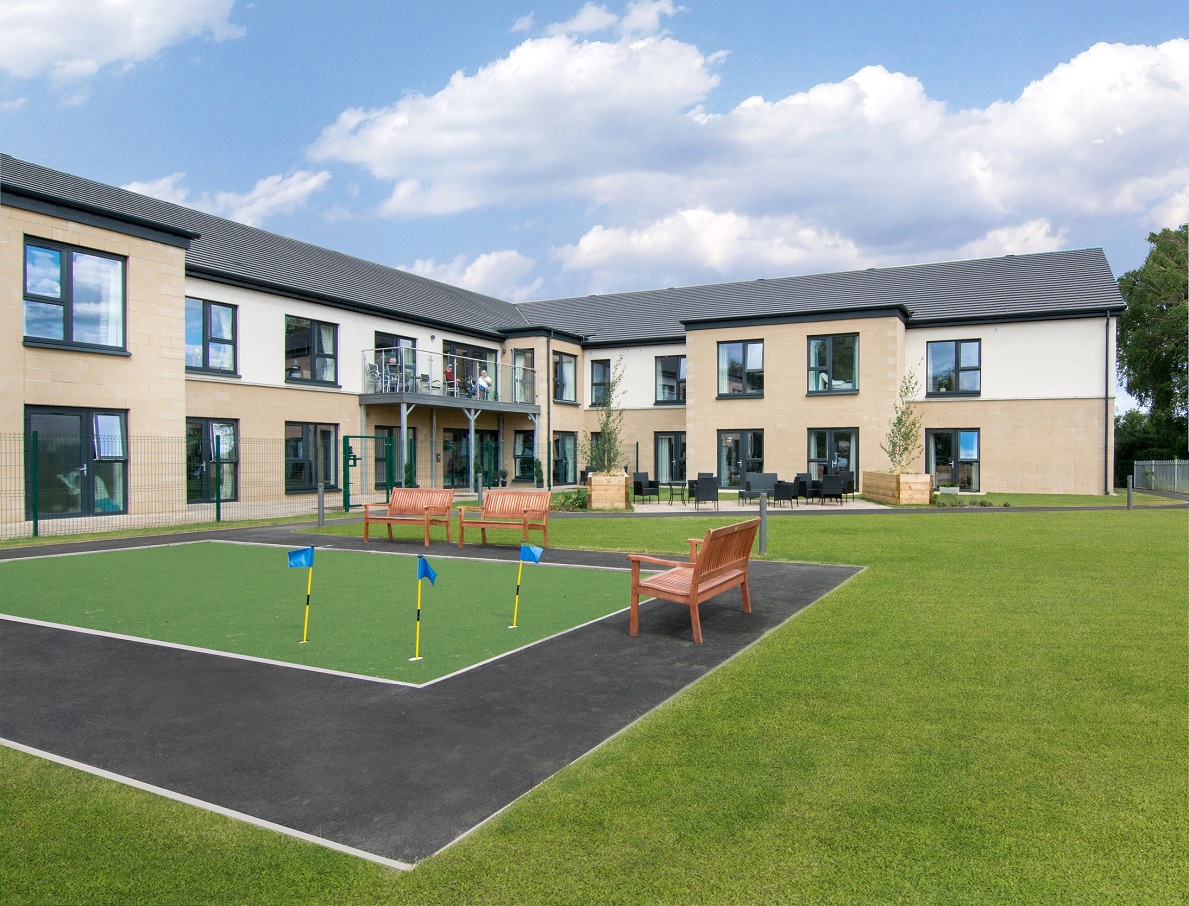 The developers of a proposed new care home in Anniesland have said the future of a nearby bowling and tennis club could be secured if the project is taken forward.

Located on Anniesland Road, Yarrow Recreation Club has been a valuable community asset for over half a century and has been utilised for leisure, event hire and family occasions as well as a host for school parties, yoga classes, and public meetings.

The Club also proved to be a popular meeting point for local residents during the pandemic, however, like many across Scotland, it has seen a decline in player membership over recent years with the attributed loss of revenue and participation in activities reducing inward investment which led to the closure of a tennis court, bowling green, and not being able to fulfil essential maintenance requirements.

Proposals for the new, 60-bed care home are at the pre-application stage and have been brought forward by the developer and operator Morrison Community Care and the Glasgow-based construction group, CCG (Scotland).

Working with Holmes Miller architects, the aim for the development will be to transform the surplus land only with the Club retaining its clubhouse and last remaining bowling green.

If planning permission is granted, members of the Club will be offered to take ownership of the premises from its current owner, BAE Systems, for a nominal £1 fee with a share of the proceeds going directly towards the enhancement of its facilities in order to sustain its long-term viability.

Morrison Community Care managing director, Paul Sokhi, said: “Morrison Community Care is a family-run business and we place a great deal of value on working with the communities in which we operate. Our very first care home Morrison House opened on Anniesland Road in 1988 which we operated for nearly 20 years, as well as continuing to operate the award-winning Abbotsford House in Bearsden - just 2 miles from Anniesland Road, so we know the strong spirit of the Anniesland community and understand the importance of retaining Yarrow Recreation Club but we are also acutely aware of the need for more suitable elderly accommodation in the west end of Glasgow.

“That is why we believe that our vision (which respects its longstanding history and enables the Club to remain operational) and the opportunities afforded by the sale of the surplus land will be welcomed by Club Members, local residents, and Glasgow City Council.”

Alongside 60, en-suite bedrooms, future residents will be afforded dining facilities, a hair salon, cinema, and private gardens whilst being augmented by 24/7 residential, nursing, and dementia care services delivered via a team of 150 expert staff members.

Mr Sokhi continued: “The design standard of the proposals at Anniesland has been developed over the course of five years where we have delivered 200 beds across four developments and four local authorities with our contractor partner, CCG. The attention to detail that is seen throughout our developments is also complemented by an emphasis on quality of service, energy performance, and the integration of technology which ultimately enables us to achieve a standard of living that is of the highest quality and is leading-edge in Scotland’s Care sector.”

David Wylie, CCG (Scotland) managing director, said: “Morrison Community Care and CCG’s collaboration is helping to support Scotland’s growing ageing population. This new care home is a unique proposition as it will enable us to retain (rather than replace) a community asset whilst its delivery can create valuable bed spaces and a large number of jobs. We are hopeful that our proposals and proven track record, including the creation of over 100 bed spaces alone in 2021, is evidence of our commitment to the community of Anniesland and the wider city of Glasgow.”

Bill Lamont, Yarrow Recreation Club, club secretary & treasurer, added: “If planning permission is granted and the project proceeds, Yarrow Recreation Club would be able to purchase the Club and the remaining Bowling Green from BAE Systems for the members. This would ensure the long-term viability of this club as a Bowling Club and Social Club for the local community.”