A proposed housing development in Houston, Renfrewshire, would generate significant job and economic benefits, according to new research. 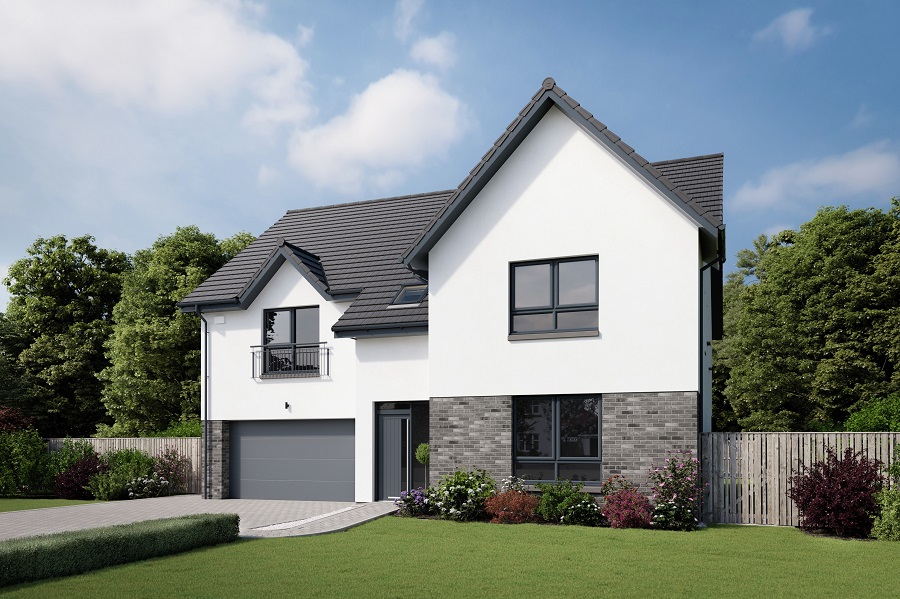 The results of an independent economic impact study have indicated that CALA’s Woodend plans would result in almost 70 new jobs and a significant positive impact for the local economy, as well as new affordable homes.

The homebuilder said its joint proposal with Acorn Property Group represents a major investment in the long-term future of the region with the creation of approximately 57 new family homes.

The proposed development will also deliver much-needed affordable housing to the Renfrewshire area with 14 new affordable homes being delivered as part of the overall development.

The results of an independent economic impact study undertaken on behalf of CALA Homes (West) indicate that the Woodend plans would result in almost 70 new jobs and a significant positive impact for the local economy.

The development is expected to support 43 construction jobs over the duration of the expected development which is estimated – to be worth around £5.5 million to the regional economy – along with the creation of a further 26 indirect jobs, generating a further £3.7m.

It is further expected that the proposed Woodend development could generate around £139,400 in council tax payments per annum, supporting the local and wider economy, with the new households collectively spending around £1.2m annually.

The research indicates that a total of 120 residents could be attracted to the site once completed, including the retention of 62 economically active people in Houston.

It is hoped that the development will encourage families and young professionals to lay down roots in Houston, creating a sustainable community.

Also included in site plans is the removal of trees, some of which currently block natural daylight to neighbouring housing, particularly on Neuk Crescent.

The site will include a hierarchy of path and cycle connections throughout, linking to the wider footpath network in the local area, thus improving the connectivity of the area and serving to integrate the new development into its surrounding context.

Andrew Duncan, land director for CALA Homes (West), said: “With our proposed development, we hope to provide premium homes in an attractive location that benefits from good local amenities

“We now know that our proposals also have the potential to deliver new jobs and a real boost for the regional economy, not to mention much-needed family housing in an area already suited to this type of development and allocated within the Proposed Local Development Plan for up to 70 new homes.

“We believe that these homes will deliver a positive, lasting legacy for the village, with existing local businesses benefiting over the medium to long-term as new residents settle in to their new homes, helping Houston retain economically active people and protect council tax income to spend on public services.

“We have already experienced significant levels of buyer interest, and we firmly believe that the vision for this unique setting will make it a really well connected place to live.”