The planned development of 69 new homes within the grounds of Glasgow’s historic Acre House has been given the go-ahead. 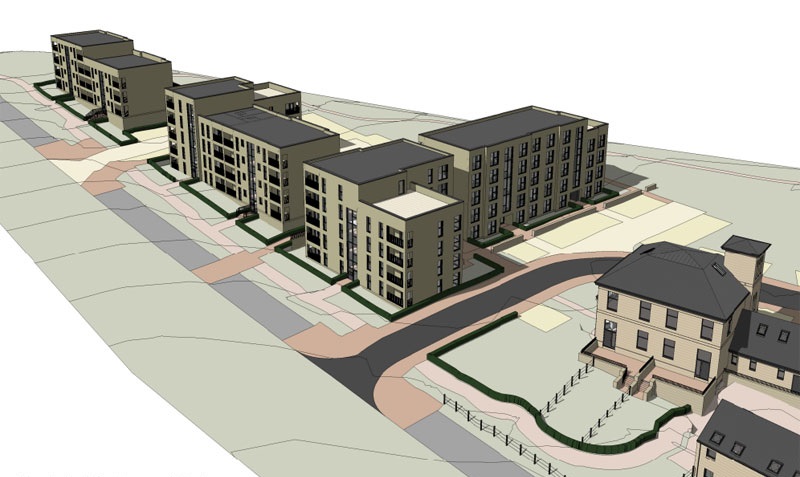 Aleftav and Mosaic Architecture & Design will convert the grade C-listed main house into three homes with an additional four blocks containing 64 flats within the 1.5-acre site. The stables/coach house will be demolished, and replaced with a modern mews building containing two houses. There will be a mixture of one, two and three-bedroom properties.

Built around 1860 as a private residence, Acre House has lain empty since 2004 and has suffered numerous break-ins, vandalism and several fires which have destroyed the roof and entire interior layout. Only the external walls remain in place.

Of the 320 surveyed trees on site, 93 would be felled to accommodate the development, and a further 44 are in poor condition are recommended to be removed. The landscaping proposals include the planting of 74 new trees.

Outlining their decision in a report, council officials stated: “The existing listed buildings sit within a mature woodland setting which contributes greatly to its special historic character. The main house would be refurbished, and the proposed development acknowledges the special character of the site, and its development constraints.

“The development results in some loss of mature trees on site, but includes replanting proposals, and the structure and character of the woodland tree belts are retained. The replacement mews building is sensitive to the design and materials of the original building.

“By virtue of their scale, massing and placement within the site, the four proposed flatted blocks do not dominate the main house, and are not considered to negatively impact on the special setting and appreciation of the building.” 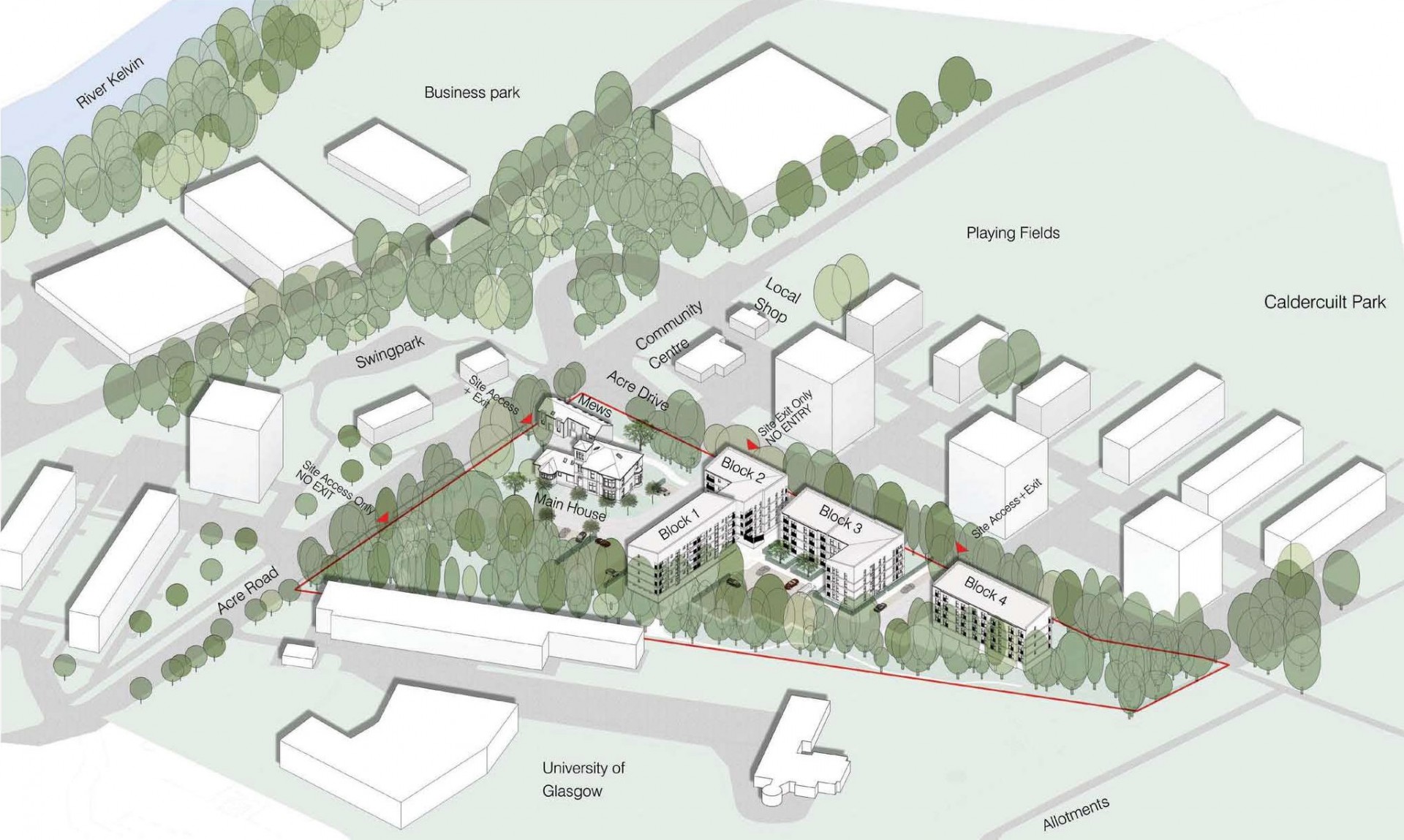 A statement submitted by Mosaic Architecture and Design with the application explained: “The concept is focused on the design of a new neighbourhood quarter which sensitively blends new with old and opens up to the existing community of Acre in Maryhill.

“Our client aims to deliver a unique, low-energy, high-quality, residential development that will support, connect, and reinforce the existing small close-knit community of Acre.

“This development aspires to deliver quality architecture and urban design that will bring new families to the area and establish new connections to the surrounding communities.”

The statement added: “Acre House makes an important contribution to the character of the area, but the dereliction and abandonment of the property and grounds has had an adverse impact on the amenity of the surrounding streets.

“Our proposal seeks to retain as much of the existing heritage structures that is safe to do so and the development represents the best chance of protecting and minimising the adverse impact on Acre House.

“By retaining and restoring Acre House, we will create a sense of place which points to the Victorian past whilst providing new, high quality homes.”

Heritage architect Peter Drummond and DWA landscape architects are assisting with the build.