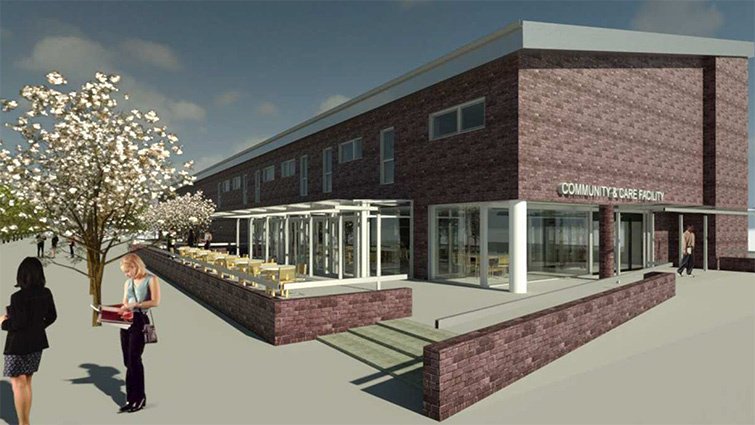 An application for the proposed campus-style development, which centres on the former St Joseph’s Primary School site, was initially lodged in June.

While survey results from two events, which were attended by nearly 250 members of the public, demonstrated a strong sense of support for the direction of travel, the South Lanarkshire Health and Social Care Partnership heard some concerns over issues including access, congestion and road safety.

The Partnership has taken concerns and suggestions into full consideration and a revised planning application has now been published.

Consisting of four distinct elements, the new proposal includes 20 transitional care beds for adults and older people, a centre of excellence – specialising in training and development of health and social care staff – as well as a community-facing hub.

The care hub will also include 20 technology-enabled homes for adults and older people.

Val de Souza, chief officer of South Lanarkshire Health and Social Care Partnership, said: “Communities themselves are a vital component of our Partnership and, as people would expect, we have taken on board what we have been told as the planning process has progressed.

“On the back of this, we have worked with our planning colleagues and revised the plan, with clear amendments addressing issues including access, congestion and road safety, without causing any significant delay to the process.”

Ms de Souza added: “We are absolutely committed to openness, transparency and engaging in ongoing – and meaningful – dialogue with our communities.”

The application is expected to be heard in early December 2019.