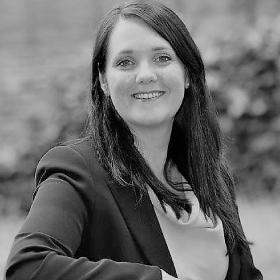 The Building Engineering Services Association (BESA) has urged its members in Scotland to take part in the Scottish Government’s consultation about the practice of cash retentions.

The trade body hopes this will lead to landmark legislation putting an end to this perennial issue and provide an example for the rest of the UK to follow.

The consultation follows the Scottish Government’s commitment to review the use of retentions in Scotland’s construction supply chains, which are valued at around £124 million annually. It decided to act because of growing evidence that this practice of holding back final payments from SME firms is widely abused by larger firms who use the money to boost their own profits.

95% of BESA Scotland members who responded to the sector’s latest State of Trade Survey say part of their turnover is tied up in retentions with 5% reporting that more than 20% of their turnover was withheld in this way. This seriously hampers their ability to invest in skills, productivity and business growth.

A recent industry-wide survey carried out by BESA and other trade associations found that nine out of 10 small business owners were suffering from stress and other mental health conditions because of late payment linked to retentions. They also found that half of all small business owners and managing directors had been forced to stop their own pay and one in ten admitted to being forced to pay their own staff late.

BESA director of legal & commercial, Debbie Petford, said: “These sobering numbers tell us what we have known anecdotally for a long time. Poor payment behaviour was part of a culture, highlighted in the Hackitt Review of building regulations and fire safety, that leads to broken buildings and broken people.”

The Scottish Government published independent research from Pye Tait alongside its consultation. BESA supports the main recommendation of the research that private sector retentions should be ring-fenced in a retention deposit scheme (RDS) kept separate from the client and main contractor – similar to tenancy deposits in the private rental market.

The RDS option reflects BESA’s two-year campaign in support of Peter Aldous MP’s Construction (Retentions Deposit Schemes) Bill in the UK Parliament, that had the backing of 277 MPs and 85 industry bodies representing over half a million businesses before Parliament was dissolved.

Ms Petford said: “We plan to push hard for the reintroduction of the Aldous Bill in the new Parliament because, despite the second anniversary of the Carillion collapse rapidly approaching, there has been little progress in Whitehall and Westminster on retention reform.”

“Carillion was a classic example of retention abuse and the fallout from that episode was catastrophic for thousands of perfectly sound small businesses,” she added.

“The recent Welsh National Assembly committee hearing and this Scottish Government consultation are promising signs that devolved legislatures could pass laws similar to the Aldous Bill. This would mean hardworking sub-contractors in Scotland and Wales could be protected from upstream insolvencies and systemic late or non-payment of money they are owed long before their English colleagues.”

“The current consultation is a golden opportunity for Scotland to lead the rest of the UK in this sensible and urgently needed reform,” said Ms Petford.