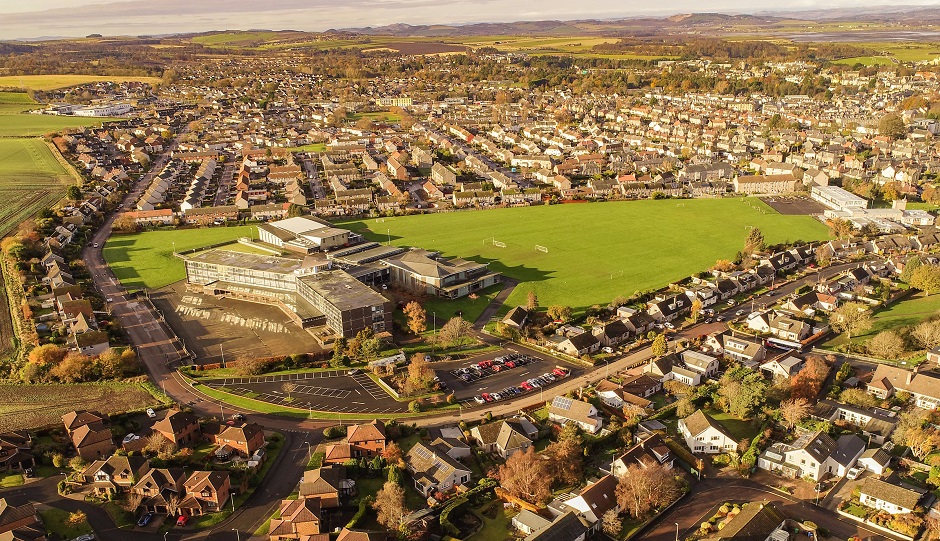 The developer has applied for permission from Fife Council to build 100 houses, flats, student accommodation and a convenience store on the Kilrymont Road site. A delicatessen, restaurant and leisure facilities are also included in the plans.

According to the firm, 30 of the new homes will be affordable.

The planning application submitted to the council follows an extensive public consultation.

Fife Council listed the Kilrymont site for sale in 2019 as building work began on the replacement school while the new, £55 million, state-of-the-art Madras College opened in August.

The detailed application includes plans for the B-listed former teaching building and the sports hall, The Courier reports.

If the plans are approved, it will be repurposed into 280 student apartments and 60 two-bedroom residential flats. It will house a 2,000sq ft convenience store and a 4,000sq ft deli and restaurant.

The southern end of the site will accommodate the new private residential apartments.

Scotsman Developments said its masterplan would secure the retention of all listed buildings, including the sports hall, in the long term.

Last year, David Scanlon of Scotsman Developments, said: “This exciting and ambitious scheme will serve to regenerate the current redundant site, including retaining and reusing the existing listed school buildings, which I know will be greatly welcomed by the local community.”