Scottish government to rule on digital quarter near Edinburgh Airport

Proposals for a major new housing and commercial development at a disused site near Edinburgh Airport will be considered by the Scottish Government after council planners failed to make a decision in time. 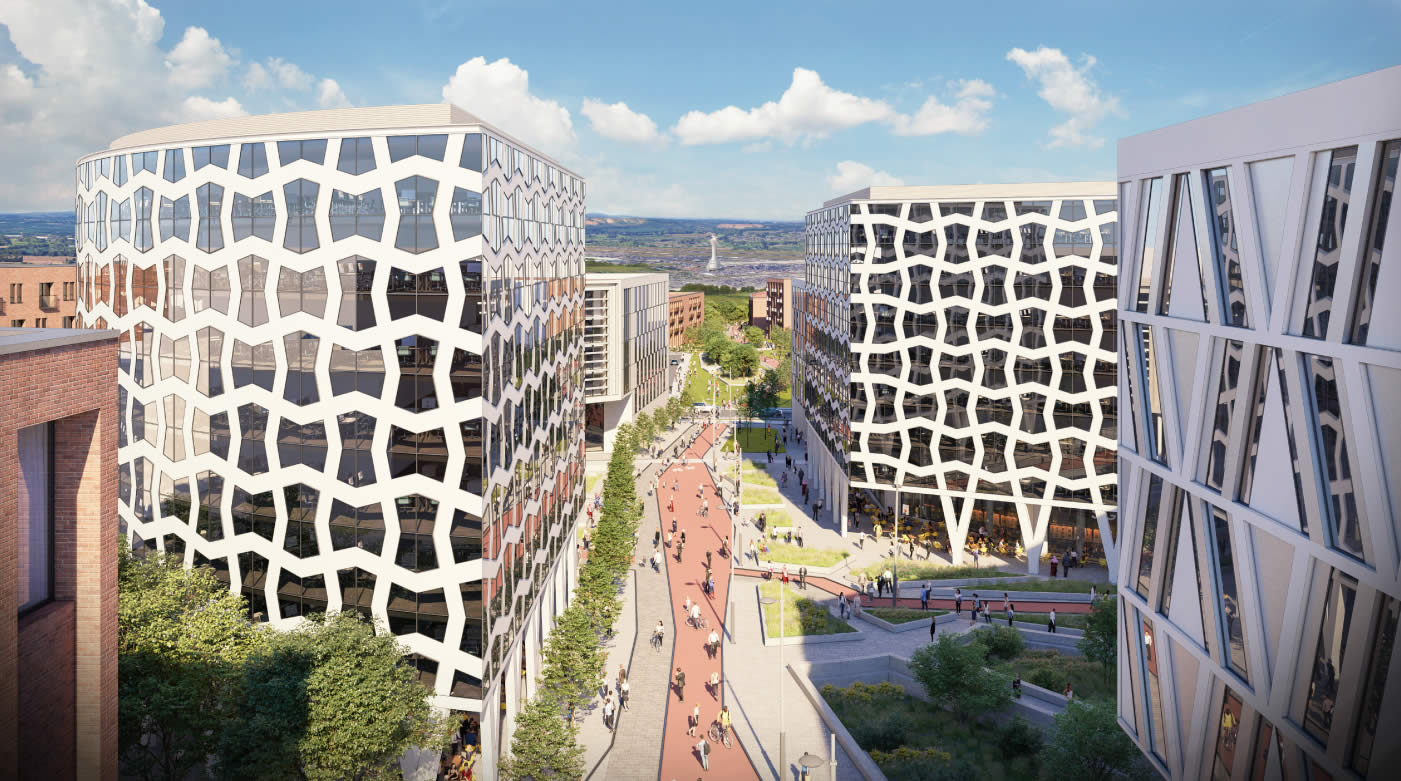 Crosswind Developments said its Elements Edinburgh project will be a sustainable, inclusive, net zero carbon development using the latest in green technology to build 2,500 homes and 1,020,000 sq. ft of commercial space including a dedicated Digital Quarter, hotels and retail units.

Under the plans, more than 40% of the 30.4-hectare site will be dedicated green and public space with an informal park opening up access to the Gogar Burn. Active travel including dedicated cycleways and pathways will take priority, housing will be built to exacting new green standards and there will be a commitment to use innovative ways of generating energy and reducing waste.

The plan for a ‘Live-Work’ environment will focus on inclusive sectors such as the digital economy, emerging technologies, and skills development as well as creating new green space, emerged following extensive consultation with local communities.

A report by BiGGAR Economics in 2019 predicted the development could boost Scotland’s GVA (Gross Value Added) by £460 million per year and support 6600 jobs.

A planning application was submitted in August 2020 but City of Edinburgh Council planners failed to make a decision on time. Crosswinds has now appealed to the Scottish Government’s planning and environmental appeals department (DPEA), the Edinburgh Evening News reports.

The council is expected to fight the application on the basis that the development is not included in its local development plan, which has earmarked the land for airport expansion.