Scottish Government urged to show commitment to A96 and A9 upgrades

Council and business leaders have joined forces to seek an “unwavering” assurance from the Scottish Government of its continued commitment to delivering upgrades of the A96 and A9. 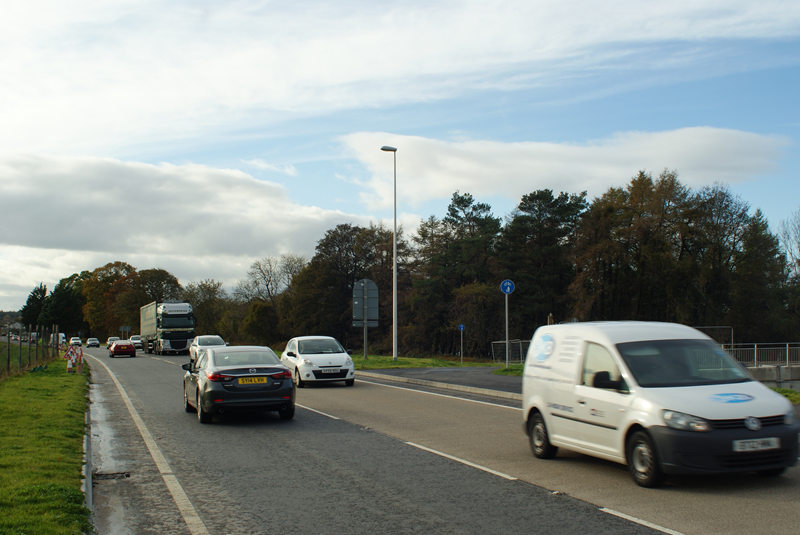 The government has faced calls to abandon investment in the two routes ahead of the next Budget as a response to the climate emergency.

In a letter to finance secretary Derek Mackay and transport secretary Michael Matheson, the North and North-East organisations argue that investment in the A96 and A9 is crucial to the growth and prosperity of the local communities which depend so heavily on effective connectivity.

Councillor Allan Henderson, chair of HITRANS, the regional transport partnership, said: “We understand it’s easy for some to simply call for a blanket end to road projects, but as we look to tackle climate change, we need to ensure that the right decisions are taken to connect our cities and towns, and support those living and working in rural areas.

“Addressing inadequate road infrastructure in the North of Scotland should not be a casualty at the hands of those who have far greater transport choices.

“We know that we need to take action to deliver environmental sustainability, but we also need to recognise that many of those who use these routes do so without available alternatives.

“It is easy for those with access to travel choices to simply make these calls, but we have to appreciate that for much of Scotland our road network is the network on which new transport and energy powered choices will use. Hitrans will be playing our part in supporting those transitions.”

Councillor Graham Leadbitter, leader of Moray Council, said: “A96 dualling not only delivers a road fit for the future but will unblock the communities along it that endure the daily pressures of cars and HGV’s doing long distances crawling through them and free up new opportunities to enhance these town centres.

“Anyone who knows these communities will understand the benefits that realigning the trunk road will bring in terms of improved safety and pedestrian and cycle use.

“We’ve had positive reassurance of the commitment to these road improvements and I hope that we’ll continue to see that commitment to deliver these vital upgrades.”

SCDI’s Highlands and Islands director, Fraser Grieve, added: “We too often fail to recognise the economic contribution of this region as the home of some of Scotland’s leading exports. The reliability of our transport network is vital to continued success and delivering these upgrades, along with other transport enhancements, will support the sustainability and competitiveness of this region.

“As we look to deliver a clean growth economy, it is vital that we understand the benefits of different transport improvements to the long-term sustainability of our communities, and ensure we have the infrastructure to support their continued contribution to our economic success.”

Dr Cameron said: “The last thing business needs right now is for any major U-turns, particularly with our transport infrastructure. Whilst we all support the need for us to work together to reduce our carbon emissions, a balance must be reached to ensure Scotland continues to be in a position to grow our economy, create more jobs, and be attractive for future investment.

“One example is the critical importance of urgently fulfilling the policy promise of upgrading the A9, and the A96. This is not a luxury but a necessity. Any calls on the Government to consider reversing this decision must be rejected. This piece of infrastructure (the A9) is not only about increasing much-needed capacity, it is Scotland’s longest trunk road and gateway to the Highlands, and the A96, a key transport corridor essential for Scottish exports, must be taken forward to ensure the future of rural communities and their economies.

“The SCC Network fully supports the need for policies that address the climate emergency. However, these should not be at the expense of our business communities or to the detriment of key drivers of the Scottish economy.

“These roads are key transport corridors that enable people to work and live in rural areas. Without them these communities would face irrevocable decline. They also provide lifelines for the industries of tourism and food and drink, which are essential to the fabric of rural society as well as the country’s economy as a whole. Upgrading them should therefore be a top priority.

“We acknowledge that coalition governments must sometimes compromise to govern but we urge the Scottish Government and all political parties not to compromise our future prosperity. Scottish companies are ready to embrace their role in delivering a net zero economy for the benefit of our own citizens and those around the globe.

“But we also believe that measures must be taken that are fair and inclusive and the risks and rewards are carefully balanced. In this regard, any potential change to plans on road improvements in the North must be subject rigorous economic impact assessment.

“We fully support calls made by members of the chamber network and other business organisations that scrapping the improvements risks key planks of creating a net zero carbon future such as the growth of the renewables energy industry and forestry. Instead we urge policy makers to ensure Scotland’s key road network is fit for the future of decarbonised transport and haulage.”

The Scottish Government has today announced that its budget will be published on 6 February 2020.