Plans have been unveiled to demolish a former foundry building in Glasgow to make way for a ten-storey block of flats. 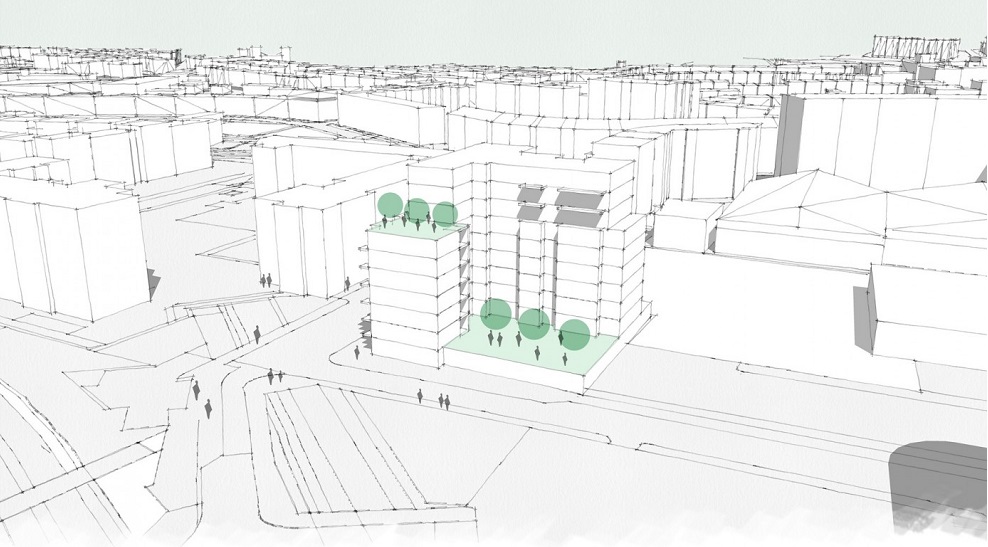 Haus Collective, acting on behalf of Nevis Properties, has launched a public consultation over its proposals for the former Brass Foundry building at 131 Minerva Street, Finnieston, which is currently used for offices.

Under the plans, the building would contain around 60 apartments, a mixture of one, two and three-bedroom units.

An online consultation design document states: “The simple response to the site would be to develop an L-shaped block with massing fronting both the Minerva Street and West Greenhill Place boundaries.

“We are however concerned by the potential challenge this presents on massing affecting density, and indeed the quality of amenity space as a result of shading from the massing itself.

“In response to this, south facing external amenity spaces are positioned at the corner and along West Greenhill Place, enjoying elevated views across the river.”

The developer hopes to submit a planning application in the autumn.

Earlier this year, proposals for a student accommodation block on the site were revealed although no planning application for that scheme has so far been forthcoming.