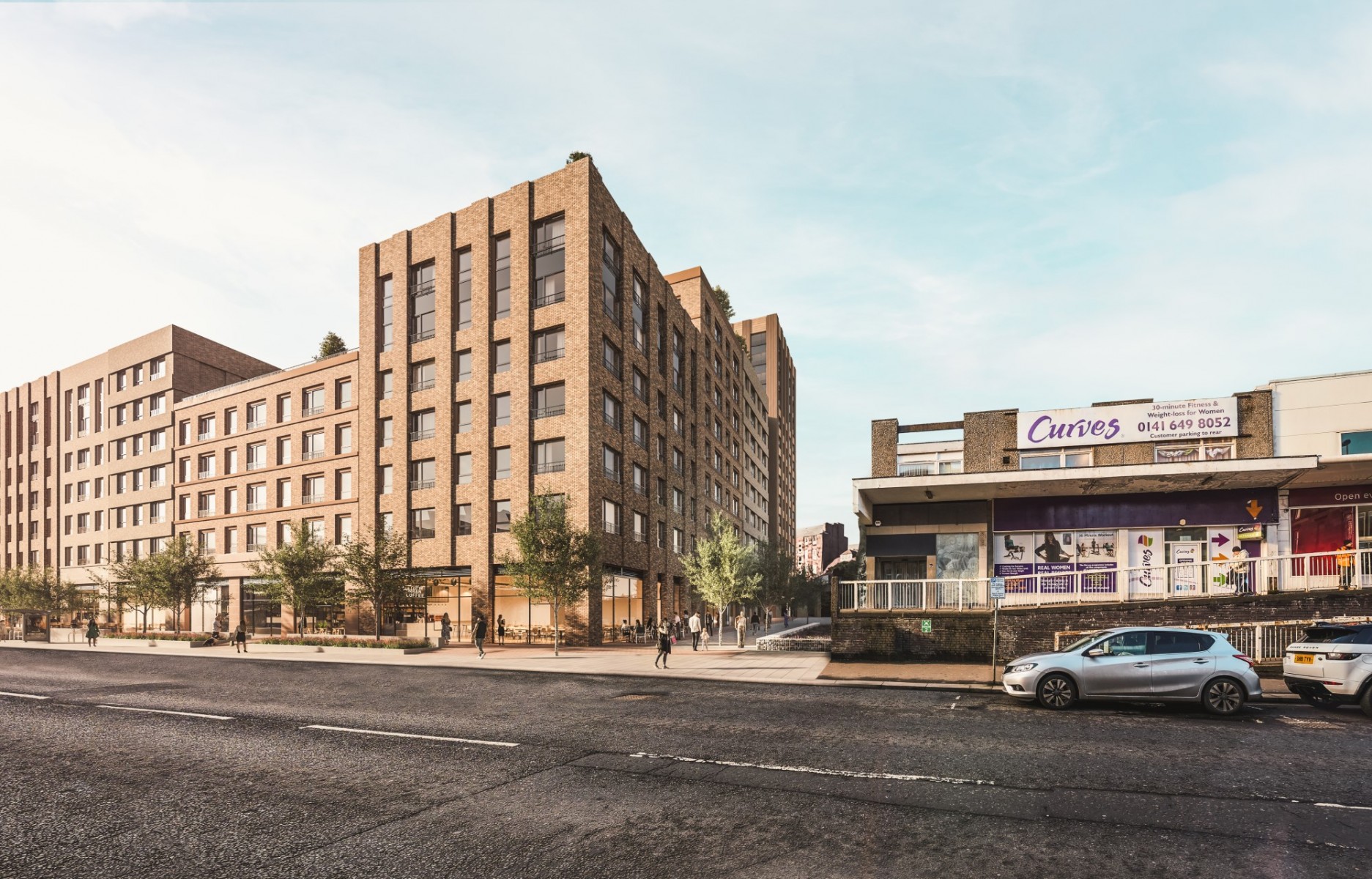 Detailed plans for the first phase of regeneration at Shawlands Arcade in Glasgow have now been submitted.

The £150m regeneration plan designed by Haus Collective will see the 1960s retail development swept aside in favour of hundreds of new homes above ground floor shops.

Under the new proposals, which were updated ahead of a community consultation in May, the first stage will have 330 one, two and three-bedroom build-to-rent apartments, ground floor shops and commercial space, and communal landscaped roof gardens and terraces.

A separate application, seeking planning permission in principle for the whole masterplan, has also been lodged.

Clydebuilt LP, a partnership between Strathclyde Pension Fund and Ediston Real Estate, has pledged to retain half the land area as public open space.

Neal Jamieson, director of Ediston Real Estate said: “We are pleased to submit plans for a viable alternative to the existing Arcade. Having consulted with the community over the past year, we know that replacement of the current dated complex is much wanted. The proposed balance of housing and retail uses has been carefully considered to ensure a regeneration that is realistic and deliverable.”

An independent economic impact assessment has been submitted as part of the application and confirms that the planned £150m investment into Shawlands will enable the replacement of a key town centre asset and prevent it from falling into dereliction.

Subject to planning work will start on phase one next summer, allowing retailers to relocate before work on a second phase of a further 300 homes starts in 2026.