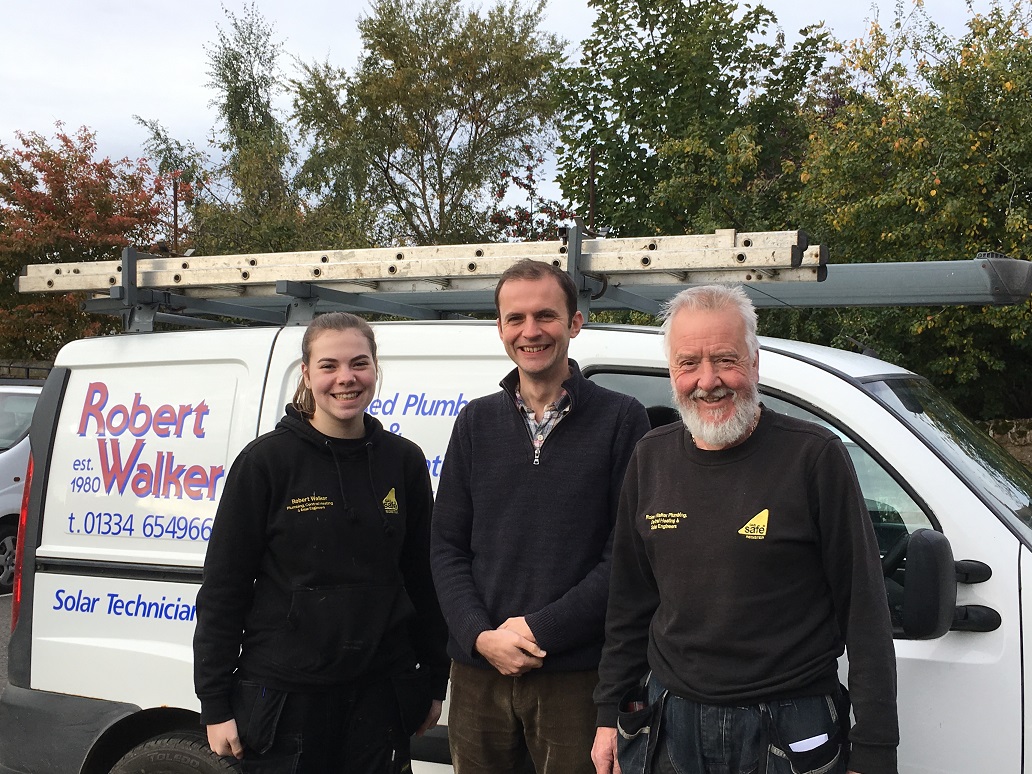 Connie McNaughton (left) has described her experience as a plumber's apprentice

According to the organisation, the prestige of a university course is being progressively devalued and significant numbers of school leavers are looking at alternative pathways to a rewarding and satisfying working life, such as apprenticeships.

The subtle shift in attitude towards a career in the industry, it said, is being influenced by a variety of factors:

Fiona Hodgson, chief executive of SNIPEF, said: “It can take years to become a successful plumbing or heating engineer and it requires lifelong learning as the pace of technological change continues to accelerate.

“It is gratifying to see the levels of interest in the industry at the moment and SNIPEF and other trade associations are strongly supportive of apprenticeships – as are employers, who want to future-proof their companies with qualified, skilled and enthusiastic employees.

“The plumbing industry opens up a huge diversity of career paths, it pays very good wages and it creates the opportunity for individuals to run their own businesses or move into senior management positions, as many SNIPEF members have done.

“Many plumbers progress to design, consultancy, teaching and management, making the plumbing and heating industry a career with a future, with opportunities for both males and females.”

The commitment to apprenticeships by plumbing employers was demonstrated over the course of the pandemic when they took on a flood of apprentices as the recovery began to gather momentum. Recruitment has exceeded all industry expectations.

Dale Thomson, training manager at SNIPEF, said: “There is a widespread recognition that apprentices are the future of the industry and that they should be valued and rewarded accordingly.

“This recognition is reflected among potential candidates who are increasingly aware that a career in the sector can be financially attractive, personally fulfilling and socially very worthwhile.”

SNIPEF said it has been at the forefront of support for companies to ensure a vibrant and dynamic industry staffed by professionals versed in the complexity of the technologies which are underpinning renewables and meeting the demand for clean energy in an age of climate change.

As a 19-year-old, nearly fully-qualified – and female – plumber, Connie McNaughton takes particular pleasure in proving people who express doubts about her suitability for her chosen career quite spectacularly wrong.

“Sometimes,” said the ambitious and confident Fife apprentice, “people have doubts about whether I could do the job. They are not rude, it’s just because I’m a girl. In that case, I go out of my way to do even more professional work than ever. It answers their questions.”

The professional attitude has taken Connie from a pre-apprenticeship at the age of 15 through to very close to the end of her time, with just the Accredited Certification Scheme Gas exam to go. She has already sailed through the Plumbing and Heating Final Competence Assessment.

The former pupil of Bell Baxter High School in her home town of Cupar is now flying solo, being entrusted by her employer, local firm Robert Walker Plumbing and Heating, to represent the company on less complicated domestic jobs.

“Today,” she said, “we were installing an unvented cylinder. At other times, we fit boilers and deliver boiler services, or perhaps we will be called on to fit a whole bathroom. There is always something new.

“I work mostly with my mentor, Demi Glenn, who has been fully qualified for 12 or 13 years. It’s unusual to have two women working together in this industry, but she has been great to me and has taught me just about everything I know.

“I have been going out on my own recently, doing small jobs such as fitting taps. It’s a bit weird working alone, but the company has good customers, who are really welcoming – and I get lots of cups of tea.”

Connie wanted to take up a trade from a young age – “I hated school,” she said – but she had never considered plumbing until her dad had a word with company owner Robert Walker, who was a personal friend.

She said: “Rab asked me lots of questions, then gave me a trial and we took it from there. I know he is close to retirement, but he has given me a great chance and he wants me to see it through.

“In the long term, I would like to run my own business and have people working for me. The teamwork I have experienced has shown me that things can get done a lot faster and more effectively than by working on your own.”

Her advice to people thinking of a career in the plumbing and heating industry? “Give it a go. You never know if you’ll like it until you try. And don’t care about what anyone else thinks, especially if you’re a girl. It’s your life.” 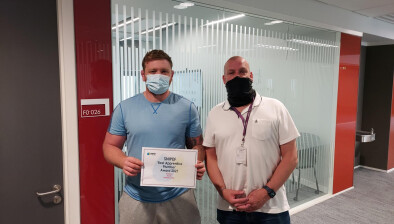 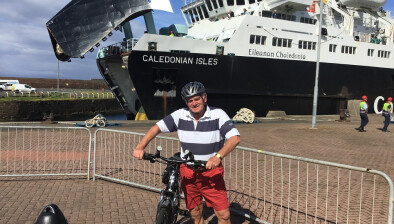