The final school of a £1 billion-plus investment programme in South Lanarkshire has been completed. 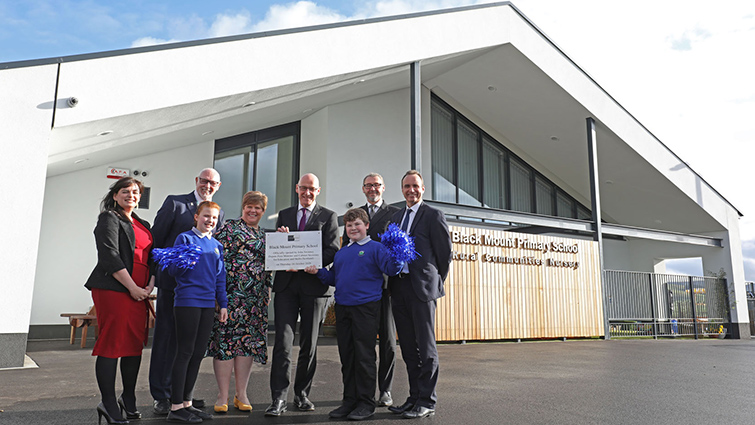 The facility is the last to be completed as part of South Lanarkshire Council’s £850 million Primary Schools Modernisation Programme.

In what is thought to be the largest schools modernisation project in Europe, it means that all South Lanarkshire schools, including secondary schools, have now been either completely rebuilt or refurbished with the total investment exceeding well over £1bn.

In total 19 secondary and ASN schools and 129 primary schools have benefited from the programme which began in 2003.

Education secretary John Swinney said: “We know high-quality, fit-for-purpose schools and campuses can make a real difference to the lives of pupils, teachers and parents, and to the communities they serve.

“I am grateful for South Lanarkshire Council’s continued investment in schools and pleased we were able to support five projects across the region with more than £14m from Scotland’s Schools for the Future programme.

“Black Mount Primary pupils join others across the region, and more than 90% of pupils across the country, who are learning in schools in good or satisfactory condition.”

Leader of South Lanarkshire Council, Councillor John Ross, said: “It has been a wonderful journey to see every one of our schools transformed into modern, 21st century buildings which enhance the learning opportunities of all our pupils.

“I would like to pay tribute to councillors from all political organisations who have been behind this process from the very start.

“Along with council staff across a number of resources, they have ensured that this project has been completed and it is a perfect example of the forward thinking of South Lanarkshire Council.”