McGowan Environmental Engineering has completed structural strengthening works specifically on the lower section of the Cairngorm funicular railway after being appointed to the project by principal contractor Balfour Beatty. 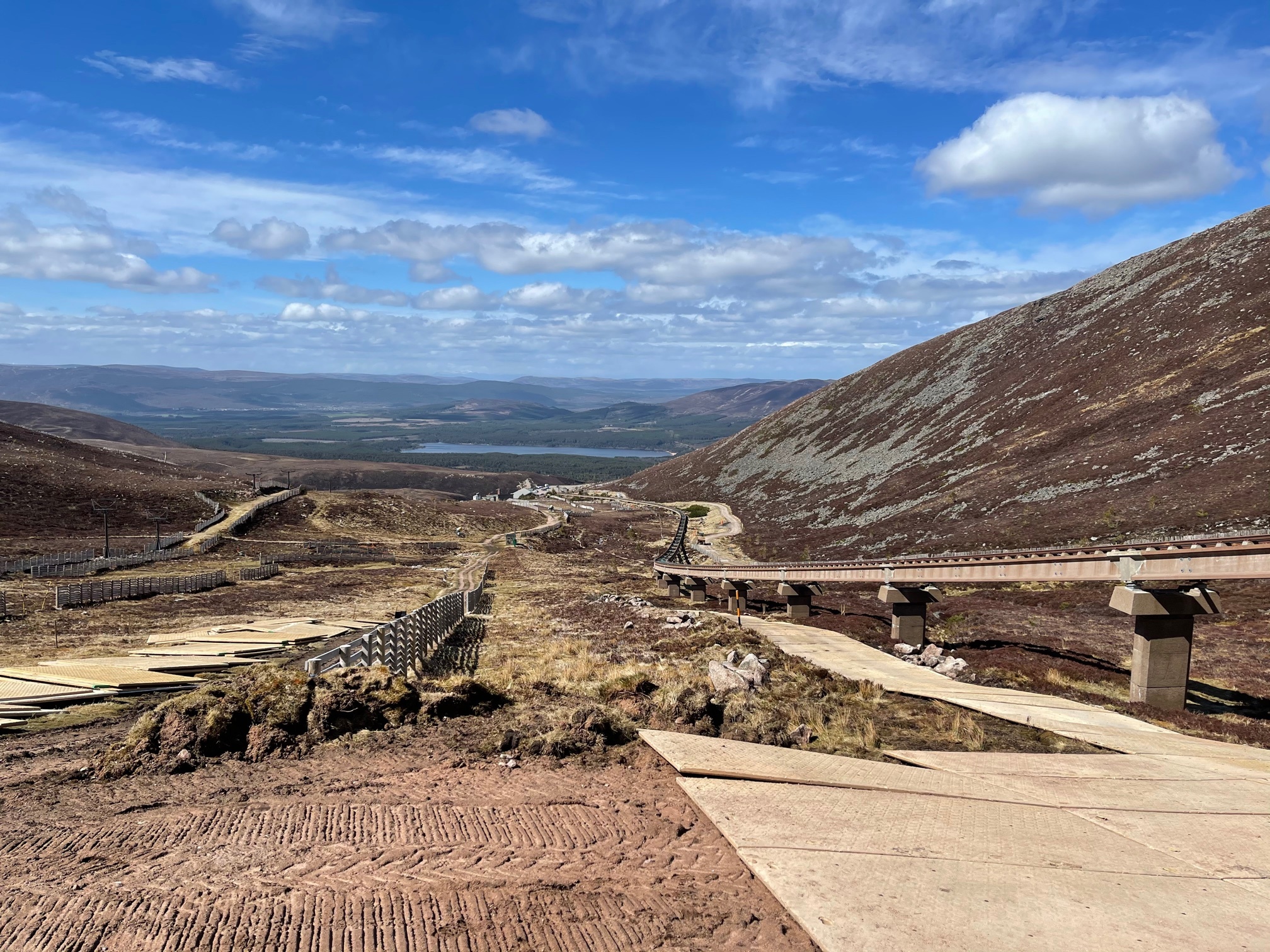 The Cairngorm funicular opened in 2001 and is the highest railway in the United Kingdom, operating between 635 and 1097 metres Above Ordnance Datum (AOD). The 2-kilometre-long funicular ascends the northern slopes of Cairn Gorm - the UK’s sixth-highest mountain - providing mountain access for the public, tourists and sports enthusiasts. The site is located within the Cairngorms National Park and is in public ownership through Highlands and Islands Enterprise (HIE).

McGowan arrived on-site in April 2021 and despite working through the Spring and Summer months, conditions still proved to be challenging and the project team even had snow to contend with in late May. Installing structural concrete on a mountain with limited access roads was also a challenge but one that was overcome through detailed project planning and by utilising specialist equipment to allow pours on site. This creative approach allowed Balfour Beatty and McGowan to strengthen the existing structural piers and install new foundations for pinning others.

McGowan said it introduced a range of measures to ensure compliance with guidelines from the Construction Environmental Management Plan (CEMP) and on-site Ecological Clerk of Works (ECoW) including the upgrade of existing access points and installation of temporary access tracks, plant movements and the use of wide-tracked excavators to reinstate natural habitats, peatland and vegetation.

Darren Hendry, civil engineering contracts manager at McGowan, said: “As a local business headquartered in Aviemore, we know just how sensitive the mountain landscape is and the priority was to undertake the works safely, whilst minimising any impact on the surrounding environment. Various service teams and around 16 of the McGowan workforce have been involved in the project with almost all of them living in the surrounding rural area.”

Continuing the local connection theme, managing director Ross McGowan attended the same school as Kirsten Sadler, the stakeholder engagement lead for Balfour Beatty. Kirsten has been with Balfour Beatty for 13 years and now sits on its senior leadership team for the Scottish business.

Ross and Kirsten both attended Grantown Grammar School and twenty years later they are back together on the slopes of the Cairngorms, only this time with their high-vis and without their skis!

Kirsten added: “We are delighted to work closely with McGowan Environmental Engineering as part of our local supply chain on the Cairngorm Funicular Railway project and partner with a key local employer in the Badenoch & Strathspey region. Scape Scotland and Balfour Beatty see SME and Social Enterprise engagement as a vital component of the construction industry.”