Drochaid a’ Chaolais Chumhaing / Kylesku Bridge in Sutherland has been awarded Category A status by Historic Environment Scotland (HES) after it was recognised as being of special architectural interest.

The bridge, which spans the deep sea inlet of An Caolas Cumhang, will also be the first to be legally renamed in Gaelic.

Drochaid a’ Chaolais Chumhaing / Kylesku Bridge is one of Scotland’s most visually striking and technically innovative modern concrete bridges. Built between 1981 and 1984, the quality of the bridge’s design and its method of construction have been recognised through a number of prestigious awards, including the Scottish Award for Civil Engineering Construction and the Concrete Society Award.

The decision to list Drochaid a’ Chaolais Chumhaing / Kylesku Bridge follows on from a consultation launched by HES and the Highland Council, where members of the public were invited to express their views on the Bridge being awarded listed status.

Elizabeth McCrone, head of designations at HES, said: “Drochaid a’ Chaolais Chumhaing / Kylesku Bridge is one of Scotland’s most architecturally distinguished bridges of the second half of the twentieth century, and is among the most outstanding of its type in the country.

“As well as its architectural significance, the bridge is also an emotive and poignant reminder of the modernisation such civil engineering projects brought to remote areas of the Highlands, and the subsequent impact they had on traditional ways of life.

“Today, the significance of Drochaid a’ Chaolais Chumhaing / Kylesku Bridge is reflected in its growing status as tourist attraction along the North Coast 500 route, and we’re delighted to recognise its national importance with Category A status.” 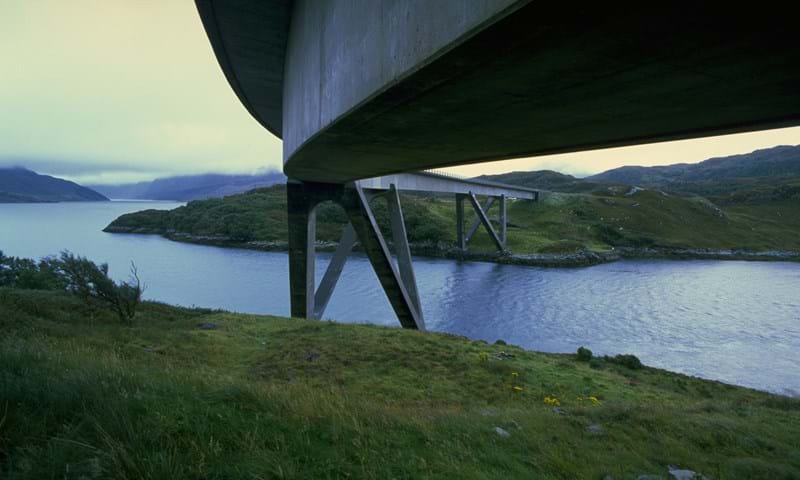 Councillor Alister Mackinnon, chair of the Highland Council’s Gaelic strategy and implementation group, congratulated HES for awarding the bridge category A status, and also in recognising the importance of Gaelic in this part of Sutherland.

He said: “Historically most of the residents in the local area were Gaelic speakers, and the area is culturally rich in Gaelic song and stories. It is therefore appropriate that this bridge is the first in the Highland area to be renamed in Gaelic, the indigenous language of the Highlands.”