Highlands and Islands Enterprise (HIE) has been given the green light to build a vertical launch spaceport in Sutherland. 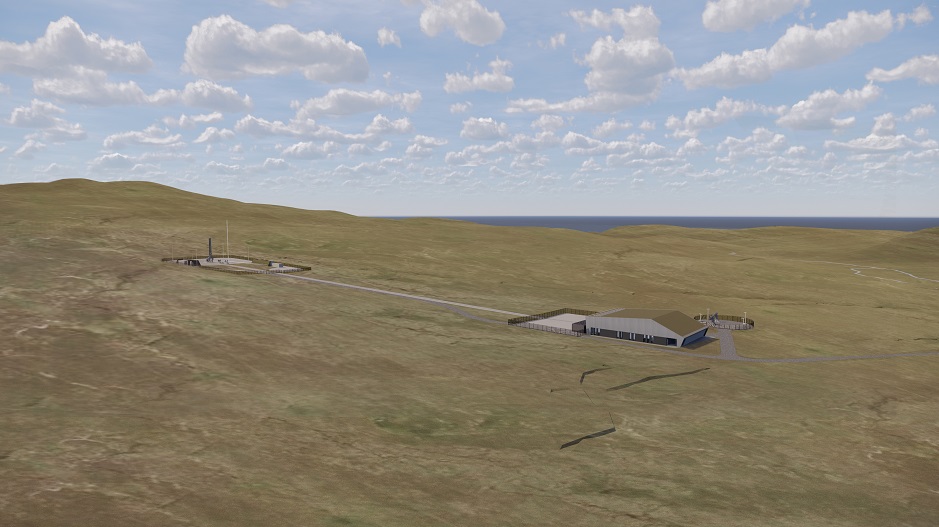 Today’s approval by the Highland Council’s north planning applications committee means that small commercial satellites and launch vehicles designed and manufactured in Scotland could be heading into orbit from a Scottish spaceport within the next few years.

The committee’s decision will now be referred to Scottish Government ministers for review.

Space Hub Sutherland is proposed to be built on an area of peatland next to the A838 on the Melness Crofters Estate on the A’ Mhòine peninsula, around six miles from Tongue.

Launch-related infrastructure will include a control centre, 2.5km of road and a launch pad, occupying a total of just over 10 acres of the 740-acre site.

As part of its planning application, HIE commissioned specialists to carry out extensive environmental impact assessments over a two-year period.

Their recommendations are reflected in conditions set out by the planning authority to ensure that construction works and site operations will minimise any potential impact on wildlife and the natural environment.

In 2018, the board of HIE approved in principle a budget of £17.3 million for the project, including contributions of £2.5m from the UK Space Agency, and £5m from the Nuclear Decommissioning Authority.

The board’s decision reflected the potential of the spaceport to drive the national growth of the space sector, including manufacturing and supply chain jobs and training opportunities.

An economic impact assessment commissioned by the agency concluded that developing the spaceport could support around 250 high quality jobs in the Highlands and Islands, including 61 in Sutherland and Caithness – 44 of them on-site at Space Hub Sutherland itself.

HIE’s launch partner Orbex has already established a design and manufacturing facility in Forres, Moray, as a base to make the innovative Prime vehicle that it plans to assemble and put into orbit from Sutherland.

Satellites launched from the Highland site will be used for Earth observation, including gathering data to monitor and address the effects of climate change around the world.

The first launch could be as early as 2022. Once the spaceport is fully operational, it could host up to 12 launches a year.

“Gaining planning approval from the council is a huge step forward for Space Hub Sutherland,” he said.

“The UK’s space ambitions present a wonderful opportunity for the Highlands and Islands. A vertical launch spaceport is a key piece of the national jigsaw, along with the design and manufacture of satellites and launch vehicles, that will ensure Scotland can derive maximum economic benefits from this growing and exciting sector.

“We are very aware of the environmental challenges presented by a project of this kind, particularly in such wild and unspoilt area as A’ Mhòine.

“We have been diligent in carrying out survey work to understand and mitigate all potential impacts, including a restoration plan that will see all of the peat that is dug out during construction retained on site and used to repair areas that were degraded by past digging.

“Part of our ambition is to create the world’s most low-carbon space centre and the conditions applied to the planning approval will help us make that a reality.

“Another important aspect is the role that satellites we launch from Sutherland will play in gathering data that helps understand and address the impact of global climate change.

“When all these factors are put together, that makes today’s decision a good result not just for the economy, but for the environment as well.”

A UK government spokesperson said: “This is a significant milestone for Space Hub Sutherland and another step towards putting the UK on the map as Europe’s leading small satellite launch destination.

“Scotland is already a global hub for satellite manufacturing and the addition of commercial launch from the Highlands will bring new jobs and economic growth to local communities, while supporting businesses and supply chains across the whole of the UK.

“The UK government is committed to minimising the environmental impact of spaceflight activities and developing a new National Space Strategy which recognises the unique contribution of satellite technology to our understanding of global issues like climate change and providing essential environmental monitoring and data services.”