Scaled-back proposals to deliver new homes at the Corunna Bowling Club site in Glasgow have been turned down by city planners despite a big reduction in the number of flats. 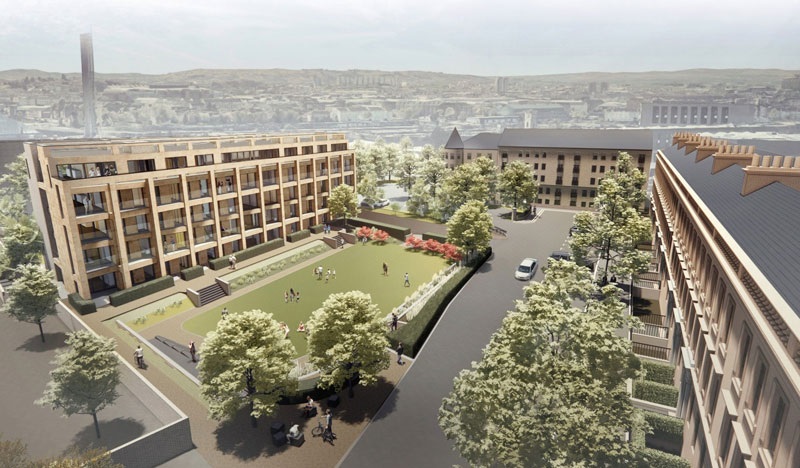 Site owner Nixon Blue had hoped its bid to develop 20 apartments at the St Vincent Crescent site would have a positive and transformational effect.

A previous application for 39 flats in a nine-storey block at the site was refused in March 2019 and an application for 36 apartments was withdrawn in November last year after planning officers recommended that councillors reject the proposal.

The latest application, which attracted 366 objections, was for a mix of two, three and four-bedroom units, plus duplexes, in a five-storey building, with underground parking and larger open garden and amenity space proposed to the front of the development for use by residents and the local community.

However, council planners refused the application, ruling the site is protected open space and contributes to the “character and appearance” of the St Vincent Crescent conservation area. They also decided the applicant had failed to show the existing club was “incapable of viable repair and re-use” and that the proposal didn’t reach privacy standards.

Their report said: “The proposed development will result in an unacceptable loss of protected open space and adversely impact upon the character of the St Vincent Crescent Conservation Area.

“We welcome that the building scale has reduced from previous applications and that the building plan form has improved and the quality of accommodation proposed appears to be quite high. Nevertheless, this is not enough to outweigh the fundamental land use principle and conservation area issues.”

The report added: “The applicant has, in both their initial submission and their later additions sought, rather unnecessarily, to inform the planning authority that planning decisions have to be based on a broad assessment which takes into account a whole range of factors. They have also stated that planning is about taking decisions which take full account of the visions for the next 20 or 30 years and produce good places for the future.

“Whilst we are happy to acknowledge that the aims of policies should be given weight along with the detailed content and criteria therein, the simple facts are that this piece of ground is protected open space in a part of the city which is recognised as short on greenspace and which has an ever-growing residential population.

“In terms of the 20 to 30-year timescale, it is the retention of this open space in an ever densifying inner-urban area which therefore takes priority over another 20 flats and a reduced area of publicly accessible semi-private garden.”

Officials further stated: “Whilst Glasgow City Council receive, and generally approve, a large number of local housing applications each year (we determined 167 in the 2019/2020 financial year) on none of these other sites did we have an existing use protected both in Open Space and Conservation Area terms and for which the Scottish Government have recognised a Community Interest in the land in question.

“If the City facilitates the loss of the limited areas of inner urban open space that we are already protecting we will struggle to achieve the Strategic Outcomes of the City Development Plan.

“Such reasoning on the part of the authority is not a ‘tick-box approach’ as described by the applicant. It is the application of the detailed policy criteria in the City Development Plan to achieve the long-term aims and objectives of the local authority

“As such we again cannot support the re-development of this site for residential use, the third time GCC Planning have now reached this same recommendation since 2018.”