The Paisley Centre shopping facility could be repurposed into a new residential quarter under radical new plans to reimagine the town and reverse Scotland’s declining High Streets. 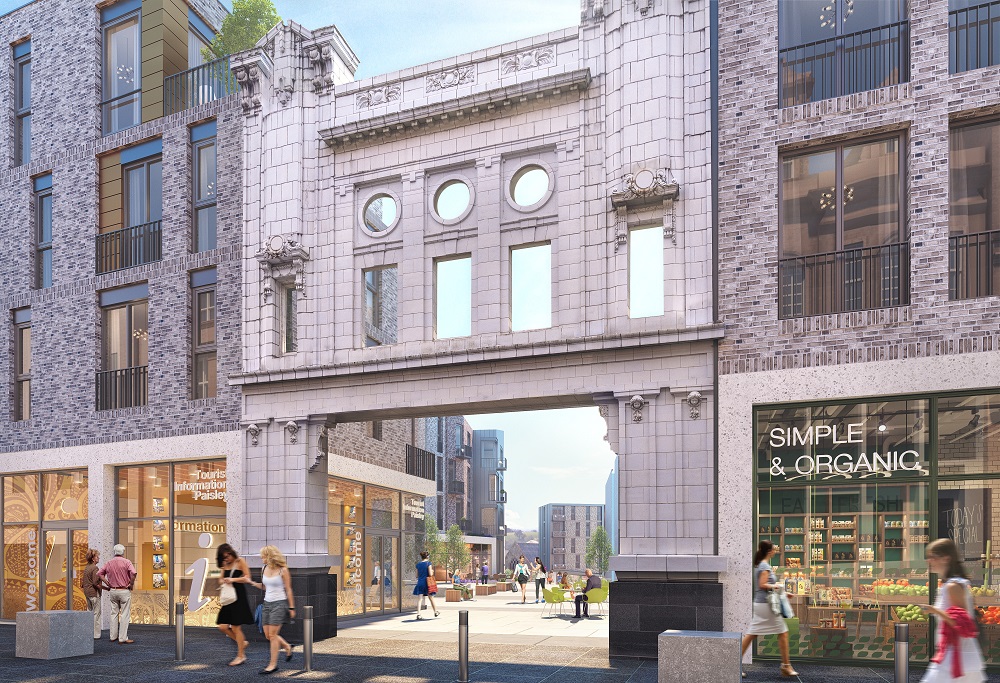 Using the Renfrewshire town as a test case for a series of bold ideas imagining how empty retail space could be better used, Glasgow-based Threesixty Architecture has laid out a series of ideas for how Paisley could be rebalanced to better meet community need – bringing with it new life and footfall. 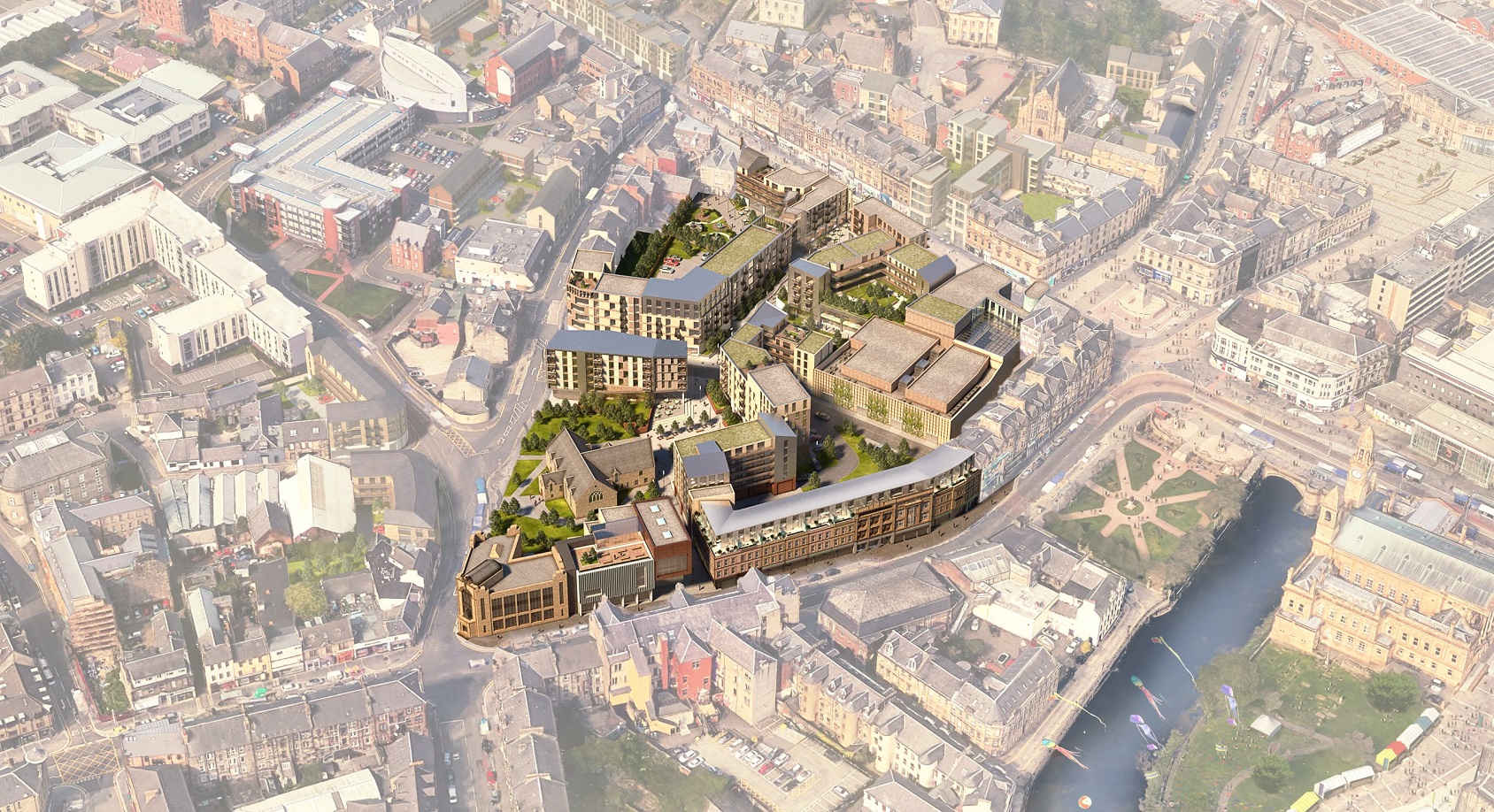 The ‘Vision for Paisley Town Centre 2030’, the result of a unique link-up between Renfrewshire Council, the Scottish Government and Scotland’s Towns Partnership, will be officially unveiled at an event in the town centre today by Aileen Campbell, Scotland’s cabinet secretary for communities and local government.

Ms Campbell said: “This study represents another significant milestone in the regeneration of Paisley and is further evidence of the ambition and commitment of the local community and partners.

“A huge opportunity now exists to use this collaborative vision to create more positive change in the town, as well as sharing learning which can benefit other town centres and communities across Scotland.

“The Scottish Government will continue to work in partnership with local government to support the regeneration of our towns and high streets.” 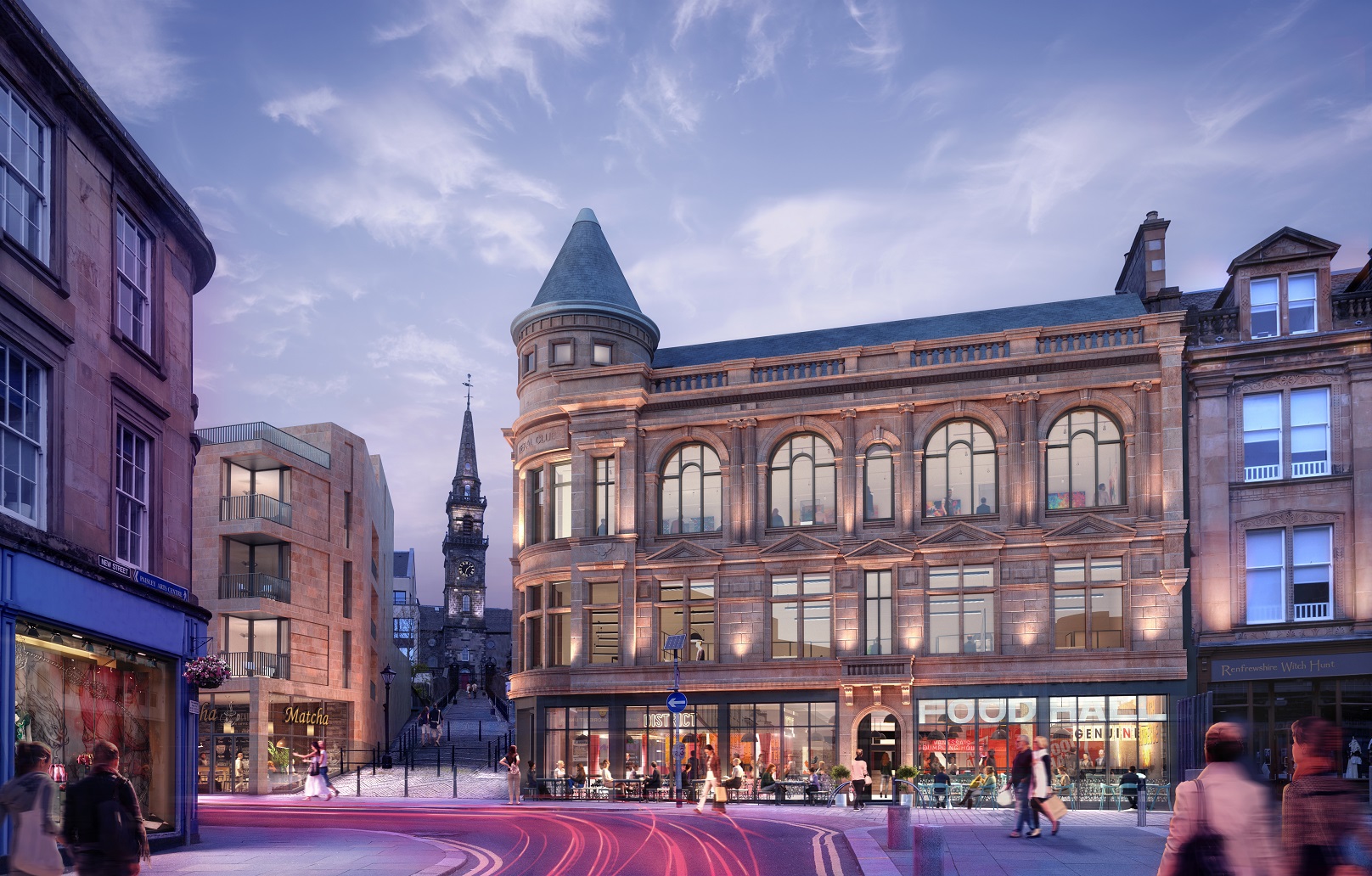 “We can’t turn the clock back but we can consider how we could change to attract new life and footfall in future – and that’s what Paisley is doing.

“It’s important to stress these are not concrete plans – they are a set of ideas designed to spark a conversation about what might be possible over the next decade.

“Paisley town centre is already changing for the better – the number of new cafes and restaurants and new housing built in recent years shows it is recognised as a good place to live and invest.” 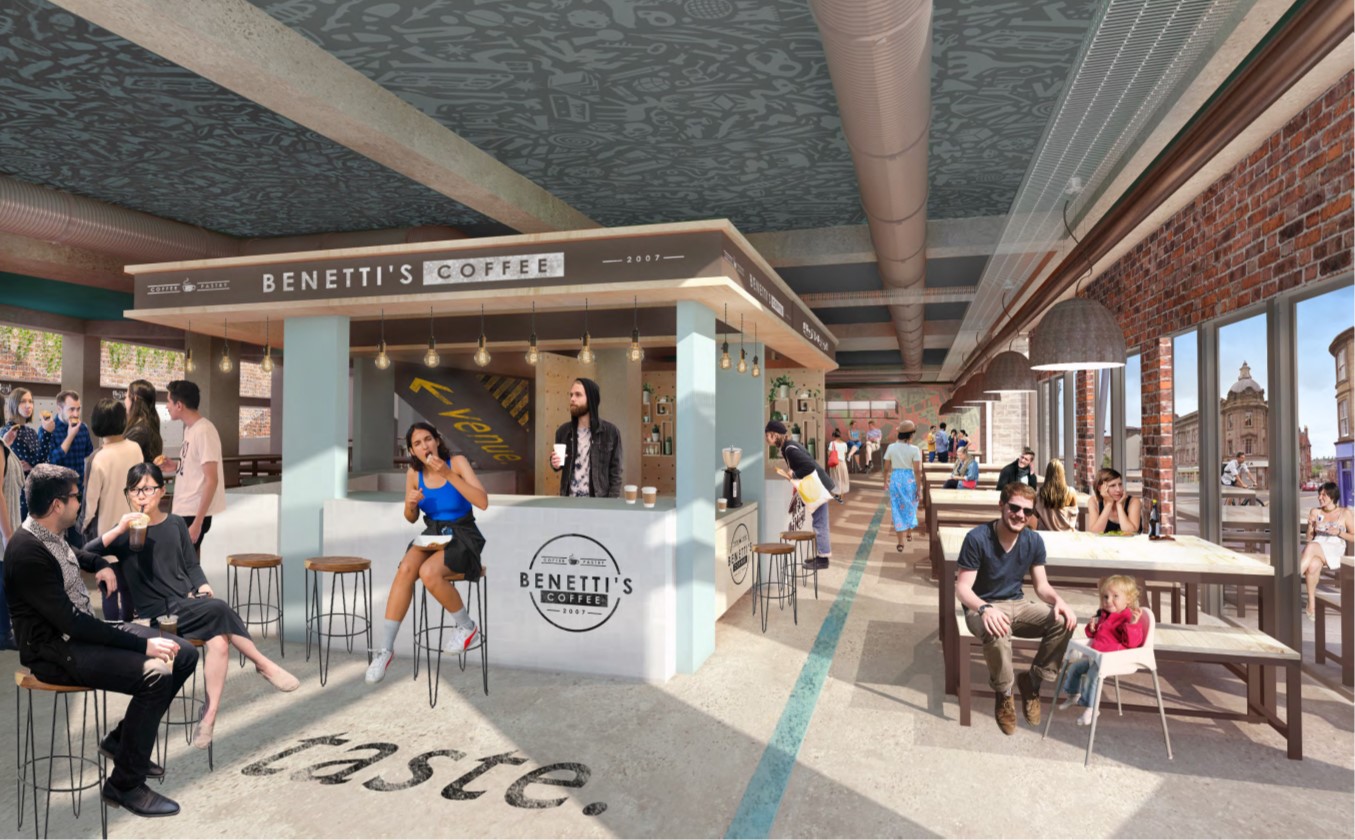 Cllr Nicolson added: “Current and future council investment will make Paisley even more attractive to the private sector, but change of the scale imagined by the Vision could not be achieved by the council alone – so we want to hear from developers who could make that next stage of the journey happen.”

The contents of the report build on work already happening to use Paisley’s unique cultural and heritage story to transform its future through the Future Paisley programme, which aims to build on the momentum created by the town’s bid to be UK City of Culture 2021.

That includes a £100m investment in the town’s venues and outdoor spaces, including turning Paisley Museum into a world-class destination for the town’s internationally-significant collections, which last week saw £3.8m of funding confirmed from the National Lottery Heritage Fund. 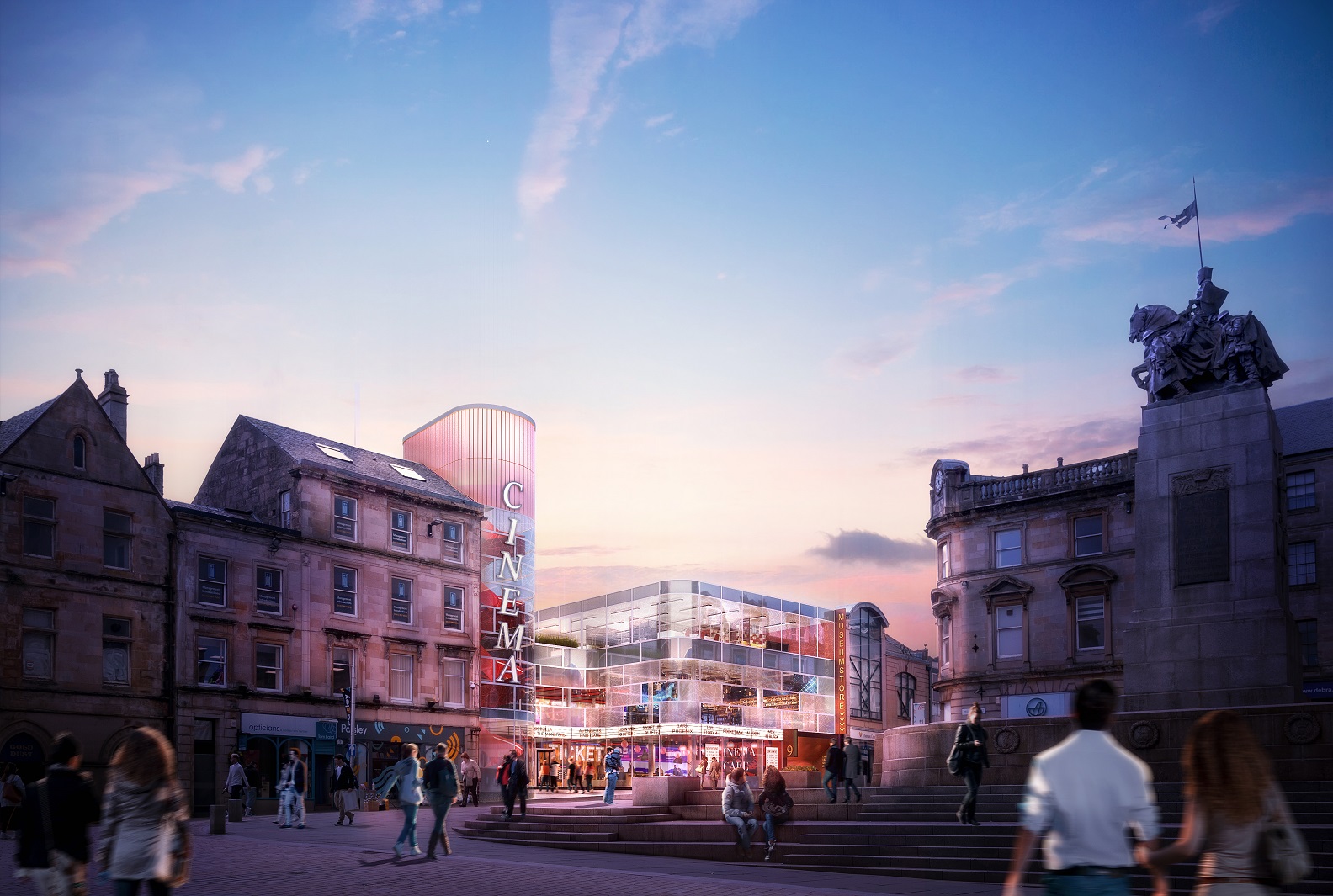 Paisley is already finding new uses for vacant High Street spaces - construction will start soon to bring a formerly-empty retail unit back into use as a new learning and cultural hub housing library services, for which the first images have just been revealed.

That will build on the success of Paisley: The Secret Collection – the UK’s first publicly-accessible High Street museum store, which opened in 2017 – showing Paisley’s ambitions to put culture at the heart of its future high street are already being realised.

Phil Prentice, chief officer of Scotland’s Towns Partnership, added: “Paisley has a rich tapestry of heritage and culture, is steeped in industry and tradition, and has many major assets.

“We hope this exciting blueprint can create a high street fit for 21st century citizens and Paisley can become an exemplar for other large towns across Scotland.” How the YMCA building might look as a cinema

Alan Anthony, managing director of Threesixty Architecture, who authored the Vision, said: “This study shows a people-first approach that reconnects the whole community to their town centre.

“We have an unprecedented opportunity to rebalance our High Street back to a place with a rich mix of uses. As a lifelong Paisley Buddy, it’s exciting to think Paisley could lead the way on town centre regeneration in Scotland.”

The idea for a High Street cinema is already being taken forward by a local group – the Paisley Community Trust – who, with support from the council, are developing its own plans to convert an existing building for that purpose.

Residents and businesses have the chance to see and give their views on the Paisley Vision plans for themselves at a public exhibition open in POP (the former Post Office) in the town’s Piazza shopping centre – on Friday 24 (1 to 4.30pm), Saturday 25 (9.30am to 4.30pm) and Monday 27 January (9.30am to 3pm).