A much-loved community landmark on the southside of Glasgow has been fully restored and repurposed by a Scottish architectural firm.

The stunning example of the architect’s work of the early 1900s retains its magnificent baroque style façade, original internal features and dominating presence - and has been converted and extended to create 49 unique homes for the affordable rental market.

AB+C’s design centred around creating a series of one and two-bedroom flats and maisonettes within the original building, whilst an extension and two new blocks were added to the north of the site, comprising 18 two-bedroom flats. This deliberate approach ensured the outlook from the south facing façade remained uninterrupted.

Internal restoration focused heavily on retaining the original look and feel of the building, most notably within the atrium. Here, aspects such as the balustrade, picture rails, trusses, roof lights and even door proportions, were carefully replicated to ensure that the character and structural integrity of the building were immediately recognisable. 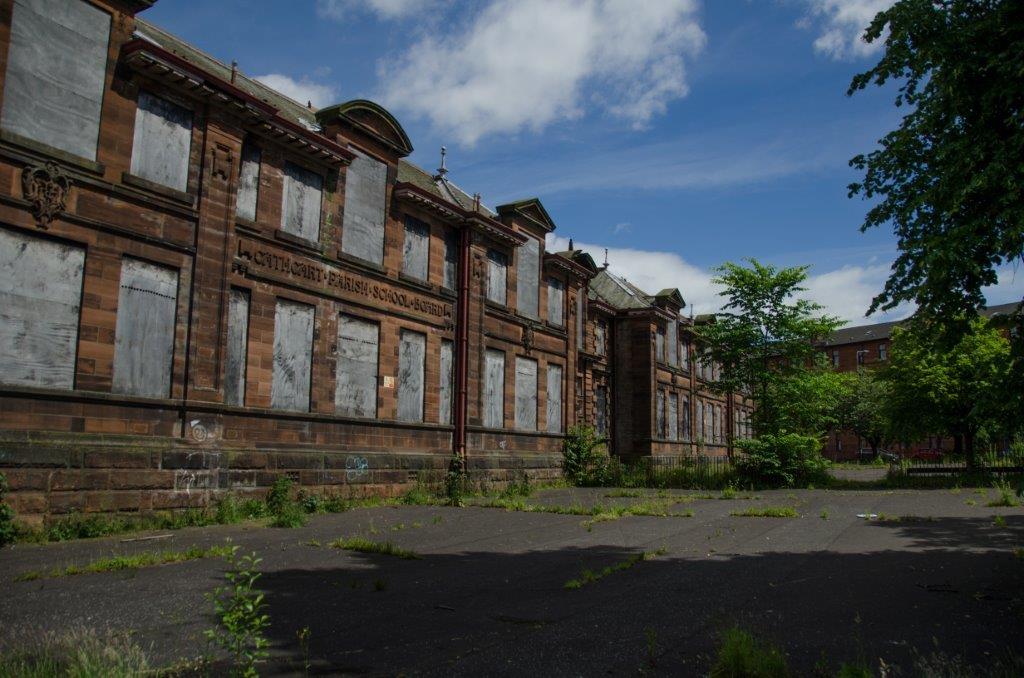 Synonymous with the infamous tenement blocks of Glasgow, AB+C utilised textured red brick to complement the original tones of the building for the extension. The new blocks were created in a similarly textured brick, in a different tone, in a move which created a coherent juxtaposition between the old and the new, the past and the present.

Seasonal landscaping created a seamless extension of the building, through the utilisation of red sandstone taken from the demolished sports hall, to create a feature walls and pathways around the outside. This connection was further enhanced using ‘Green Peggy’ slates salvaged from the school roof, which were crushed and used as pathway borders.

A final nod to the past was realised in a statue, made from one of the pillars from the building, with the old Scots playground song, ‘Ally Bally Bee’ engraved on the side. 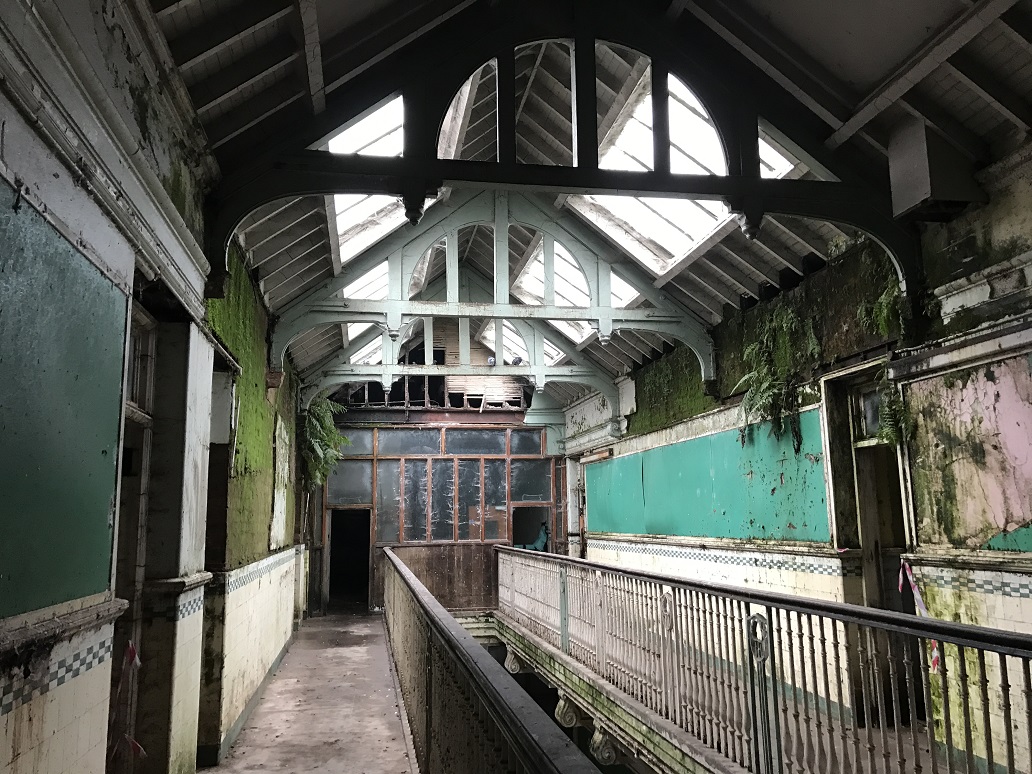 Stuart Russell, director of AB+C Architects, who led on the project said: “The restoration of Holmlea Primary School was one of those rare projects that we were lucky enough to be involved with. The focus of our design was to retain as much of the architectural features and history of the building as we could, whilst creating homes that would remain attractive and be fit for purpose, for decades to come.

“We were confident that our approach to bring back the intricate details of Balfour’s original vision and blend them with modern design features, would result in a unique union between the old and the new.”

Working closely with the client, Home Group Scotland, in partnership with Historic Environment Scotland and Cathcart and District Housing Association, AB+C’s design delivered on Home Group Scotland’s ambition to retain as much of Balfour’s original design and seamlessly marry it with the requirements of modern living, providing much needed accommodation for the area. The move has helped create a positive, full circle element to the project, with former pupils of the school being amongst those who have benefited from its restoration - with a unique new place to live.

Stuart Dixon, head of development for Home Group Scotland, said: “Preserving and protecting our heritage is important. We saw beyond the potential issues presented by Holmlea Primary School and its listed buildings and came up with a plan to develop the site sympathetically.”

Stuart Russell continued: “We worked with the existing urban grain and curated a well-considered civic frontage which didn’t detract from the original façade. Internally, our ambition was to show respect for the quality of the craftmanship within the main internal atriums and seek to restore those spaces to their true former glory.

“Holmlea is an outstanding case study in transformational conservation and urban regeneration. The experience of working on this project is up there as one of the most valuable in my career. It’s been a great honour to have played a role in bringing this incredible building back to life.”

New residents have access to local amenities, shops and transport on their doorstep. Due to Covid-19, an official launch of the development has still to take place.

Calling all architects - showcase your projects on SCN

There is no charge for this service and it will allow architects to showcase their latest work to an audience of private and public sector budget holders and decision makers. Developers, contractors, housing associations and government bodies feature prominently among the 147,000 users of the SCN website and 10,400 subscribers to the free daily newsletter.

To be included, simply submit up to 350 words describing your latest project, it’s interesting and innovative features and any challenging or distinctive features. Photos, illustrations or ‘fly-through’ all welcome.