‘Tunnelling Tanya’ breaks through in Paisley

A state-of-the-art tunnel boring machine called Tunnelling Tanya has reached a significant milestone and ‘broken through’ in Paisley ahead of the completion of Scottish Water’s major investment to improve water quality and the natural environment in two local rivers.

The TBM broke through in the town’s Saucelhill Park after completing the final section in the middle of a one-mile-long sewer, or waste water tunnel, under the streets of Paisley in the £17 million project. 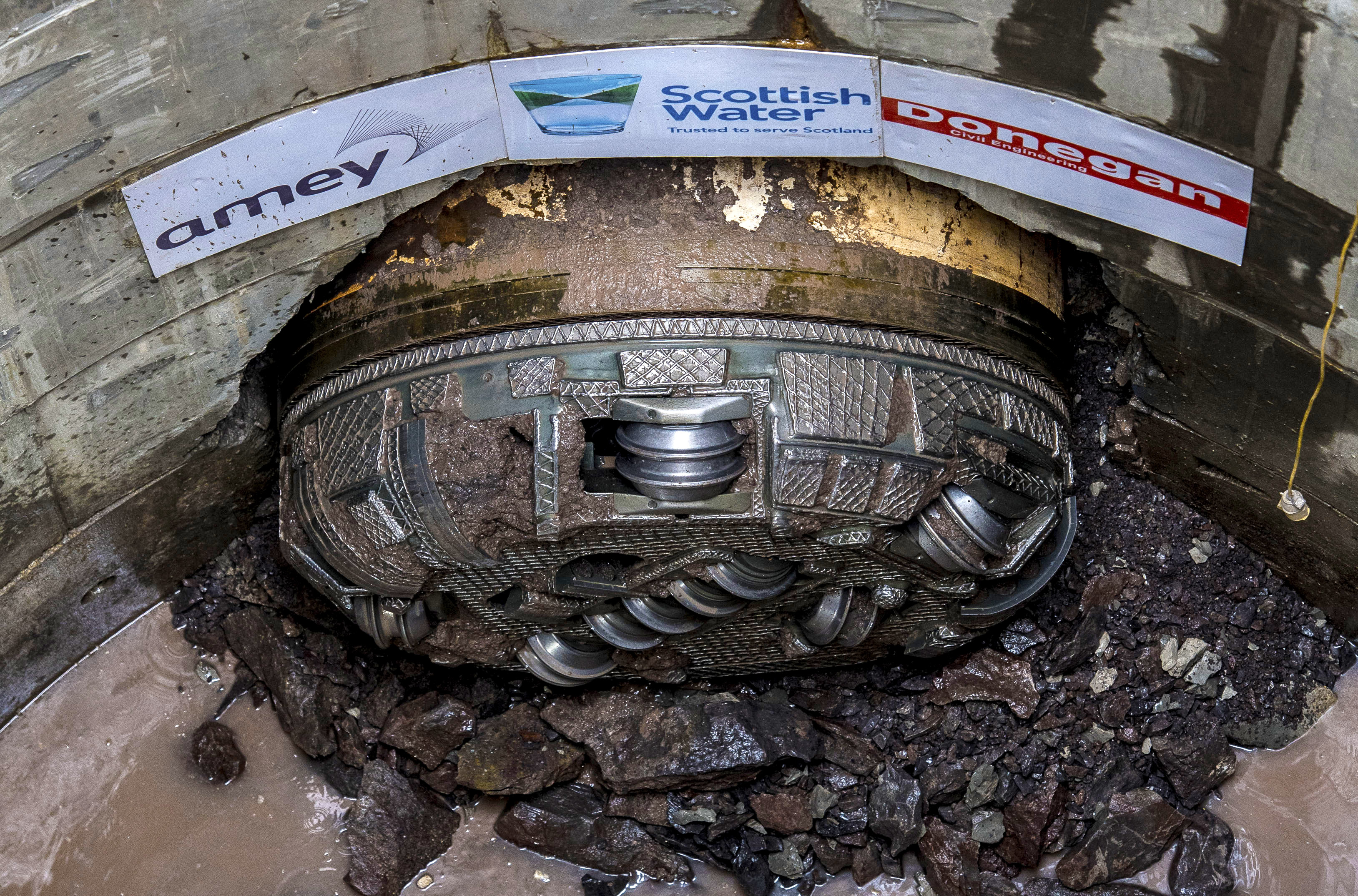 Tunnelling Tanya, and one other TBM before her, have been constructing the tunnel since autumn 2016 as part of the project, which also includes the installation of Combined Sewer Overflows (CSOs) in the town centre.

She broke through at the bottom of a 65 feet deep shaft when the cutting head removed the final pieces of earth and rock along the route.

On the final drive of about 280 metres, the TBM removed about 5000 tonnes of rock and on the entire route an estimated 25,000 tonnes.

During the construction, the TBM installed 109 concrete pipes which form the tunnel. 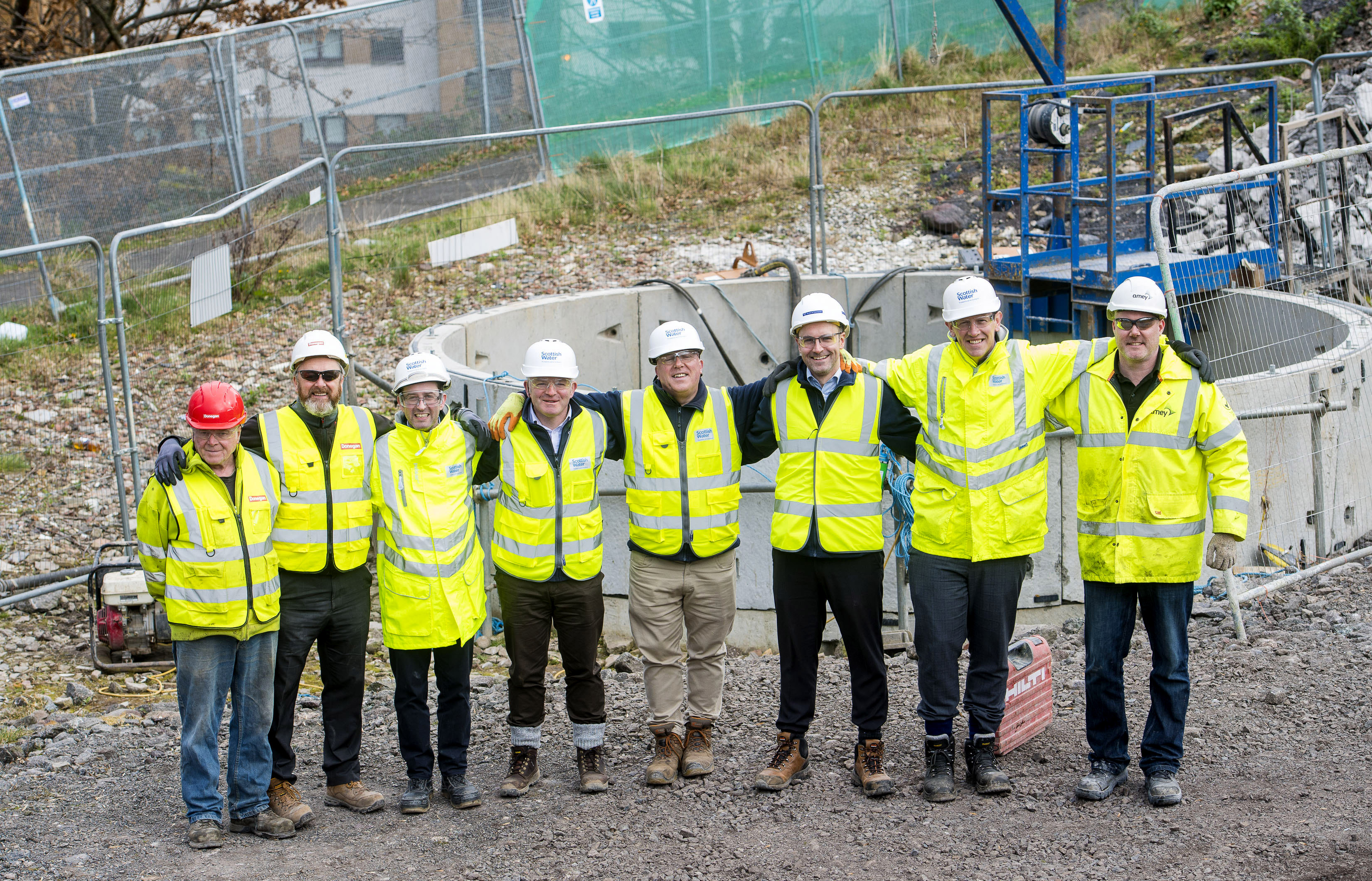 Speaking after watching the breakthrough, project manager Brian Boland said: “This is a great achievement for the team as it is obviously a key moment in the project and follows two and a half years of complex and painstaking work.

“We have experienced significant engineering challenges during the tunnelling and this has meant the work took longer than we had originally anticipated. But we have overcome those challenges and I’m delighted that we have now completed the tunnelling.

“We are particularly thankful to the people of the area for their patience and understanding while this work has been progressing.

Work will now start on dismantling the TBM and covering the shafts at the breakthrough point adjacent to Canal Street railway station and Saucelhill Park and at another shaft in South Campbell Street.

These areas will be reinstated so that the infrastructure is invisible and the landscape is restored to the condition it was in before the work started.

The new infrastructure, which is the biggest investment of its kind Scottish Water has ever made in Renfrewshire, will substantially reduce the frequency of spills from the sewer network into the Espedair Burn and White Cart Water in storm conditions. 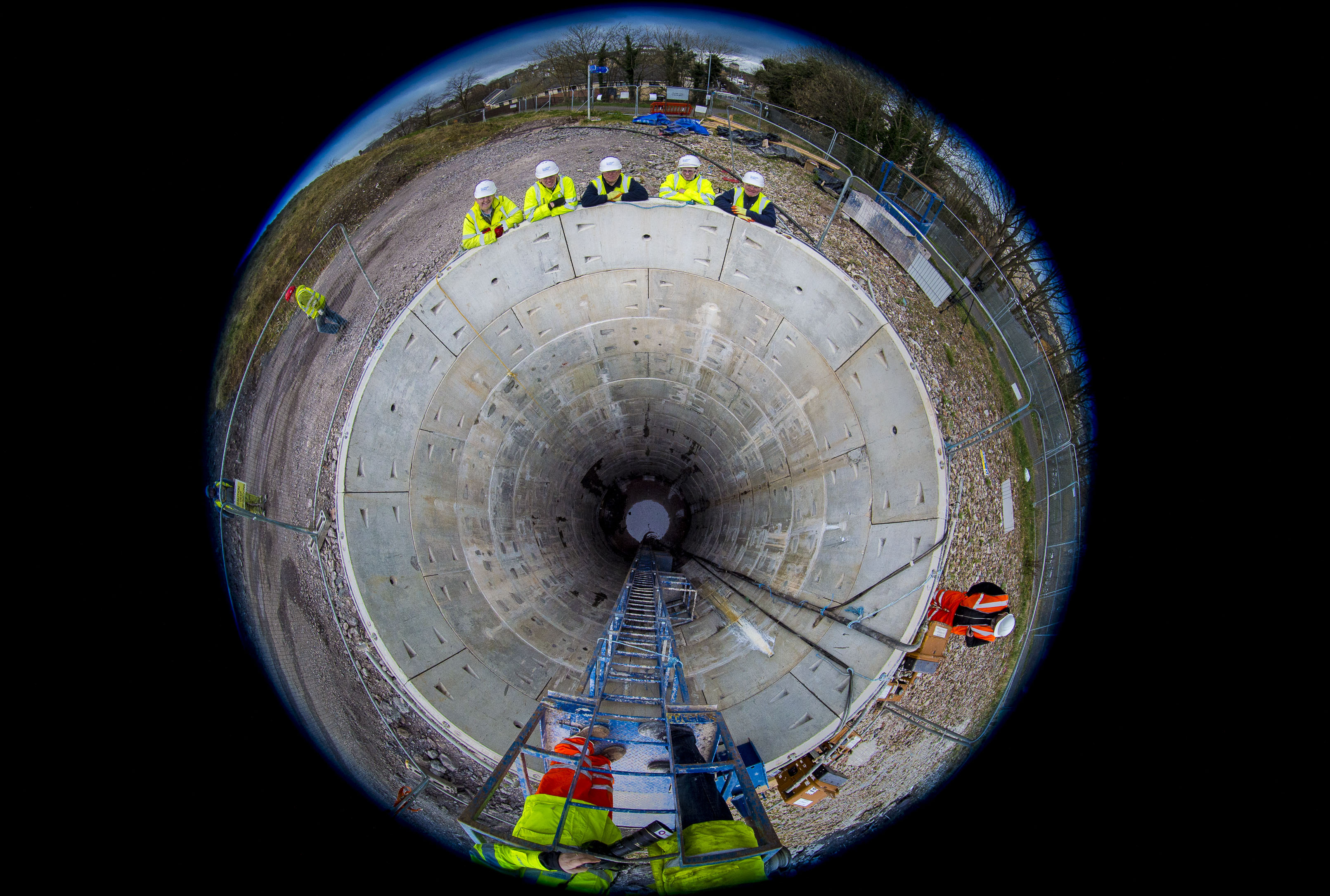 Contractor Amey, working for Scottish Water, is constructing a large diameter interceptor sewer which will start at Bridge Street car park and go across the Watermill Hotel car park and Lonend before going along Saucel Street, beneath Saucelhill Park and the railway line near Canal Street Station, Espedair Street, Rowan Street and Kilncroft Lane/Neilston Road.

The new sewer will prevent spills by intercepting the overflows from CSOs currently spilling to the Espedair Burn. It will then transfer these flows downstream to the new CSO being built near Bridge Street/Mill Street. The sewer will, therefore, completely remove the spills from the Espedair Burn.

One and a half metres in diameter (5ft) and weighing in at an impressive 23 tonnes, Tunnelling Tanya was named by Hope Hunter, a pupil at St Charles Primary School.

The new stretch of sewer has a diameter of up to 1.5 metres and was installed at depths of between 4m and 20m.

A total of 15 shafts were installed along the sewer route, with the TBMs tunnelling between them. This method was much more efficient and less disruptive than using the open cut method of excavating, given the depths of the pipe and the urban location.

The project is being delivered for Scottish Water by contractor Amey working with Donegan Civil Engineering.