Building activity has fallen at the second-fastest rate since April 2009, new figures have revealed. 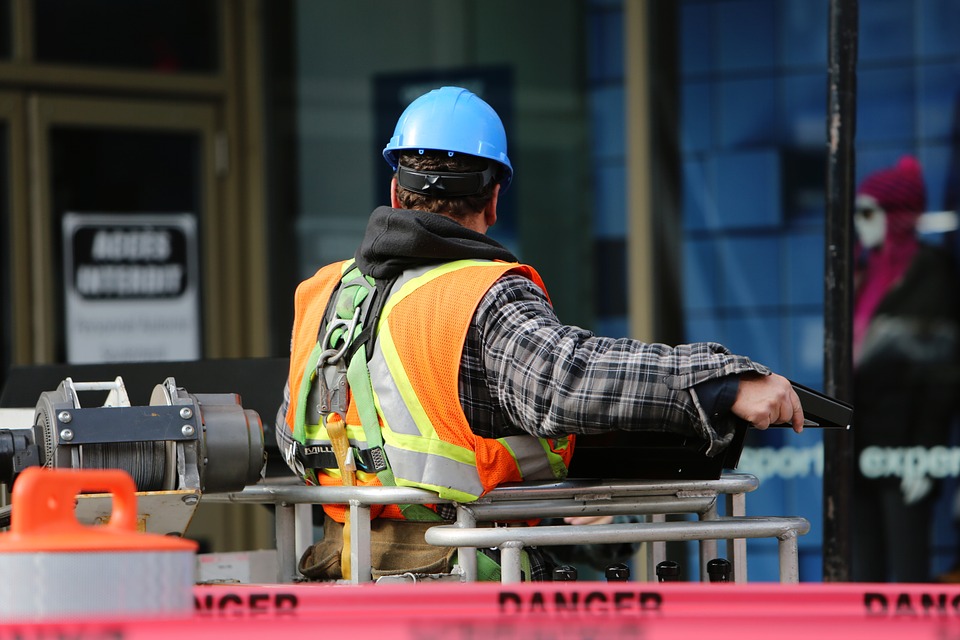 A historically steep drop in new orders was also registered, while firms trimmed employment at the fastest rate since the end of 2010 due to unfavourable demand, client hesitancy and low confidence. Although there was a marginal pick-up in optimism, the level signalled by survey data was still historically weak.

As has been the case since March, commercial activity was the worst-performing segment. Here, the contraction gathered pace and was marked overall. Meanwhile, civil engineering activity dropped at a similarly sharp rate that was the fastest in close to a decade. A fourth successive monthly decrease in residential building was also signalled.

Joe Hayes, economist at IHS Markit, which compiles the survey, said: “The UK construction sector remained mired in a downturn at the end of the third quarter, according to the latest PMI data. Activity is being pulled down at its second-fastest clip for over a decade as firms are buffeted by client hesitancy, heightened Brexit uncertainty and a weak outlook for the UK economy.

“The commercial sector was a notable casualty in September, with building activity here falling at the fastest rate since April 2009, highlighting the damaging effects of project delays and belt-tightening.

“Low confidence has subsequently caused construction order books to fall substantially. Panellists reported another sharp drop in demand in September that was one of the strongest in the post-crisis era. Forward-looking indicators suggest that businesses are bracing themselves for a protracted construction slump, with input purchasing and employment both falling at rates unsurpassed since 2010.

“Overall, the performance of the UK economy once again hinges on the service sector showing a marked degree of resilience to offset the weakness seen in construction and manufacturing.”

Duncan Brock, group director at the Chartered Institute of Procurement & Supply, added: “The construction sector offered another devastating result in September with the second-fastest fall in new orders since March 2009 and the financial crisis. After a relentless six-month decline in order books driven by Brexit uncertainty and political indecision, this is hardly surprising.

“Residential building continued to be hit hard with a fourth successive month of deterioration but the commercial sector took the biggest brunt of this downturn spiral as clients turned their back on spending and committing to larger projects.

“This in turn had significant knock-on effects on construction employment with the biggest fall in staffing levels since December 2010. Such disappointing news as the sector is still recovering from a lack of skills and capacity created by the last recession.

“Looking ahead the signs do not look positive. Even a moderation in input prices since March 2019 and some moderate improvement in supply chain pressures will not be enough to keep the wolf from the door as no-deal looms and businesses remain Brexit unsteady.”

Responding to the figures, Howard Archer, chief economic advisor to the EY ITEM Club, said: “The purchasing managers survey points to the construction sector contracting substantially in September and at a deeper rate compared to August. The rate of contraction was the second deepest (after June) since April 2009.

“Specifically, the construction PMI survey fell back to 43.3 in September from 45.0 in August and 45.3 in July.

“September’s reading of 43.3 was only marginally above the more than 10-year low 43.1 suffered in June and was substantially below the 50.0 level which indicates flat activity.

“Brexit-related uncertainties were reported to be particularly affecting the commercial sector with clients unwilling to commit to major projects. Civil engineering activity has been hampered by a lack of new work to replace completed infrastructure projects.

“New orders contracted for a sixth month running in September and at a rate similar to August’s sharpest drop since March 2009, which suggests that construction activity is unlikely to see an upturn in the near term at least. Brexit uncertainties, client hesitancy and weakened underlying demand weighed down on new business. Clients were reported to be particularly unwilling to commit to larger projects in the commercial sector.

“Unemployment in the sector fell for a sixth month running and at the fastest rate since December 2010.

“Some much-needed good news for construction companies saw input prices rise at the slowest rate since March 2016. However, bottlenecks and material shortages were still reported at suppliers.

“Latest ONS data show that construction output rose 0.5% month-on-month in July after a 0.7% drop in June and overall contraction of 1.2% quarter-on-quarter in the second quarter. Construction output was up 0.3% year-on-year in July.

The Federation of Master Builders said construction should not be overlooked by the government in no-deal Brexit preparation.

Chief executive Brian Berry said: “The construction industry accounts for seven per cent of the UK’s GDP and over three million jobs. Today’s figures, which show the second-sharpest fall in output since 2009 and staffing levels since 2010, should be a concern for us all. With ambitious infrastructure and house building targets, the government can’t afford to lose any more capacity in this industry.”

He added: “The PMI data picks up on material shortages and bottlenecks already, even before leaving the EU, and this is likely to be a major concern in the event of a no-deal. I urge the government to work with the industry to ensure that key construction products, critical to the building work this country needs, such as timber, are not held up at ports across the country in a no-deal scenario.

“It is encouraging to see the industry is more optimistic for the next 12 months and I hope that if the government is able to secure a good exit deal with the EU, then client confidence will rebound, and the industry will start growing again.”

Mark Robinson, Scape Group chief executive, said: “As we head into autumn, when output in the construction industry typically falls, it is incredibly concerning to see that the industry’s downward trajectory continues. We are seeing the biggest decline in new work, new orders and employment levels for a decade, when we were in the middle of a financial crisis.

“The parallels between now and then cannot be ignored. We are facing significant economic upheaval with no end to the uncertainty in sight and the construction sector is responding accordingly, with both public and private sector clients exercising caution.”

He added: “Civil engineering work, which represents essential road and rail projects that keep our local communities moving and our economies growing, are grinding to a halt and even big-ticket items like HS2 are being called into question.

“We desperately need clarity from the government on their legislative programme and detail on whether the EU is going to accept Boris’ proposed deal. Provide us with this clarity and businesses will finally be able to make decisions on projects that have been paused and pushed to the side.

“We shouldn’t hold our breath and hope for an immediate Brexit bounce, but we can be mildly optimistic that there will be an uptick in activity.”