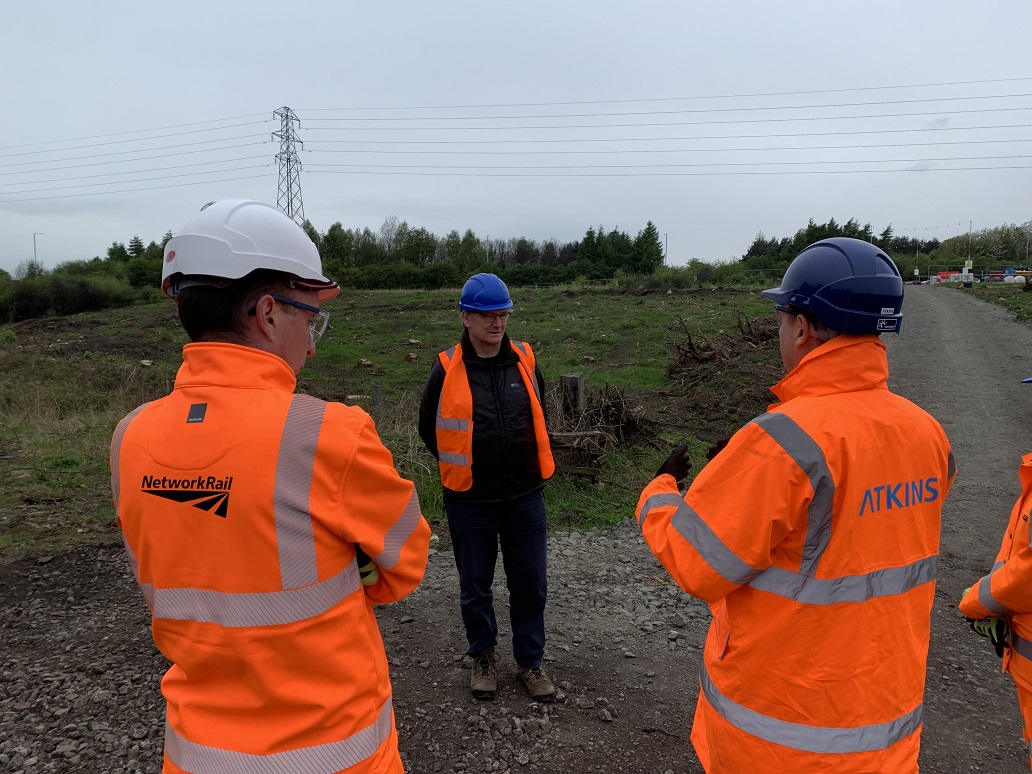 Network Rail welcomed Glenrothes and Central Fife MP Peter Grant to the Levenmouth Rail Link site to see first-hand the progress that has been made on the £116 million project.

The plans for the Rail Link will see the construction of two new stations and the reinstatement of 19 single track kilometres of electrified railway which will reconnect Leven to the national rail network for the first time in more than half a century.

Early progress has seen the reinstatement of the first section of rail to the west of the route at Thornton junction with significant work ongoing at a number of bridges along the six-mile corridor.

The team onsite is also currently working to finalise creation of the compound sites which will support the delivery of work over the next two years and preparing for the next phase of track works.

It is also anticipated that work to strengthen the Leven Rail (Bawbee) bridge on behalf of Fife Council will get underway later this year – subject to planning permission for the diversionary route being agreed.

Following the successful completion of a range of preparatory activities the project to deliver the new Levenmouth Rail kicked off in March 2022.

Completion of the branch line in Spring 2024 will see trains call at Cameron Bridge and Leven stations for the first time since 1969. 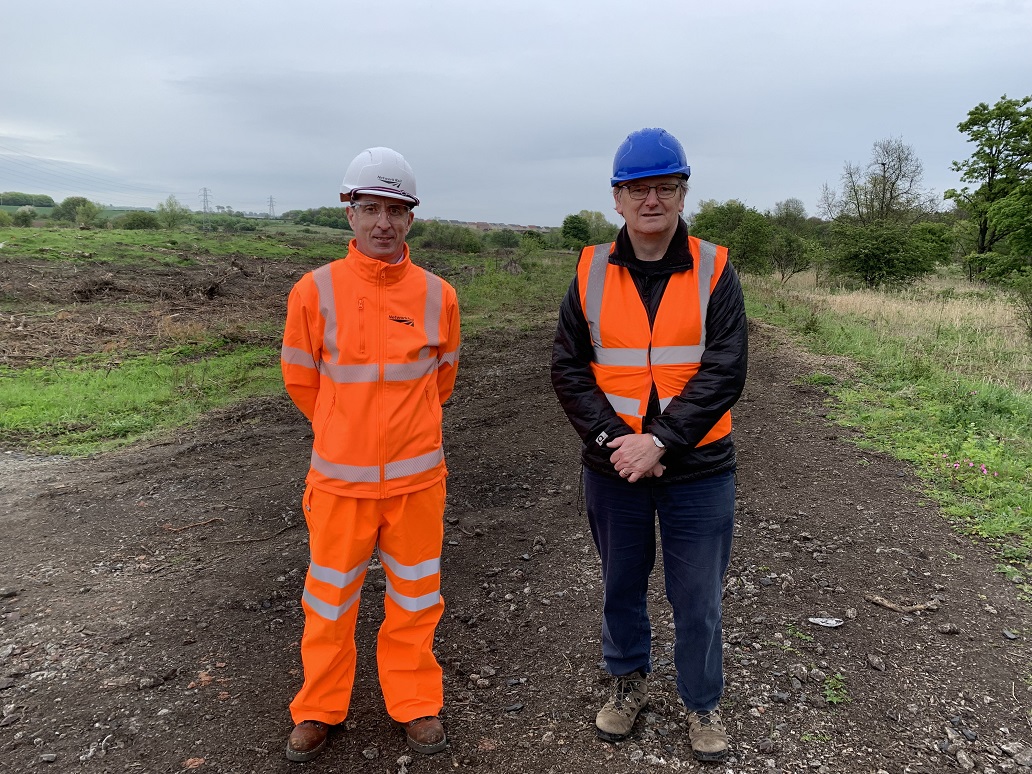 Peter Grant MP said: “While I was Leader of Fife Council the Council accepted my recommendation that restoring the Levenmouth Rail Link was our number one public transport priority. It’s taken a long time but with cross party support from MSPs, Councillors and MPs, as well as vital support from the people of Levenmouth, the Scottish Government confirmed in 2019 that the rail link would reopen.

“It is great to get an early opportunity to come on-site and see first-hand the work that has been happening since the start of the year and meet the project team who will make this line a reality for the local community.

“Providing low-carbon transport options will make this area more attractive for inward investment and will support growth in tourism, which will both, in turn, support communities and boost the local economy.

Martin McKinlay, Network Rail sponsor for the Levenmouth Rail Link, said: “The new line will improve social and economic opportunities for people in the surrounding communities and we are working hard with local partners to maximise the positive impact the project will have right across the area.

“We appreciate that the project has been a long time coming for local people but the start of the delivery phase is an exciting development and shows that the Rail Link is well on its way to becoming a reality.

“It is great being part of a project that has the potential to be massively positive for the area and to deliver something that will transform the lives of local people and the communities the railway will serve.”