Western Isles councillors have backed proposals for a “comprehensive bid” to build a Hebrides spaceport.

A bid for Stornoway airport to host the UK’s first spaceport were withdrawn in March last year when Highlands and Islands Airports (HIAL) pulled out of the race just hours after being named on a five strong shortlist by the UK government, the Civil Aviation Authority (CAA).

Glasgow Prestwick and Campbeltown airports remained in the running, as well as Newquay in England and Llanbedr in Wales.

The government ruled out two airfields at RAF Lossiemouth and Kinloss Barracks for operational reasons, given their vital role in Defence, while it was also confirmed RAF Leuchars would not be considered as a permanent facility but could be used as a temporary spaceport.

However, just a day after the government announcement, HIAL said it does not intend to develop plans for Campbeltown, wishing instead to concentrate on its traditional business but offered to provide “logistical support” for any potential spaceport investors in Scotland.

Now a report by Joe MacPhee, Western Isles Council’s head of economic development, said: “Discussions with key partners suggest there is an emerging opportunity for the concept of a Hebrides Spaceport based at Stornoway and Hebrides Range, South Uist, offering both horizontal and vertical capability.”

He added: “Significant potential benefits will arise for the spaceport host location in terms of tourism and science jobs.

“The next period will be critical and it will be essential for the council and its local partners to fully engage with the process.”

The UK government hopes Britain’s first spaceport will be ready to launch or receive spacecraft by 2018.

Mr MacPhee added: “It is clear the Outer Hebrides remains a viable location for a UK spaceport.

“The publication of the detailed specification will help clarify the exact requirements and what will be required of spaceport locations and bidders. This will dictate whether or not they go forward with a formal proposal.”

The local authority is working with the Machrihanish Airbase Community Company (MACC) under the title Discover Space UK, the lead consultant of which attended the Royal Aeronautical Society’s space group conference in London last week to state the case of Machrihanish as the leading site to a wide range of influential people involved in the aerospace industry.

Discover Space UK’s chairman, Tom Millar, said: “We and our partners, Argyll and Bute Council, believe we have a compelling case and we will take every opportunity to promote our location. We want to unlock the enormous potential of our site and for the benefits to be felt as widely as possible.”

Leader of Argyll and Bute Council, Councillor Dick Walsh, welcomed this continued work, saying: “We are pleased to continue to promote the merits of this site above the others on the shortlist.

“We are confident that it offers unique areas of competitive advantage over the others, particularly in terms of its size, over 1000 acres; the length of its runway, the longest in the United Kingdom at over 3km; the location, away from major centres of population, which is a key consideration; the distance from congested airspace and, crucially, the ability to expand.

“We have been working closely with MACC over the past few months and look forward to lending further support as we continue to put a strong case forward for the site. Our main focus as a council is on creating jobs, growing our economy and attracting more people to Argyll and Bute. A spaceport would do just that, and really put the area on the global, or even interstellar, map.” 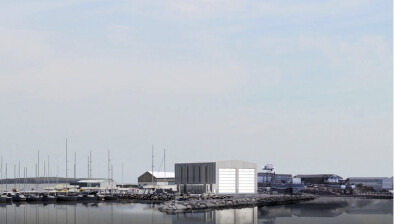 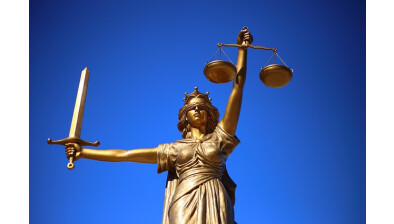 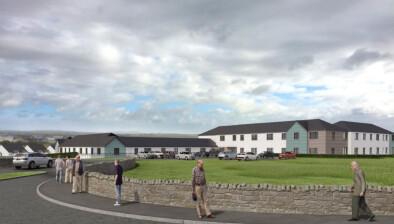