Will Scarlett: Build to Rent (Scotland) comes of age

Build to Rent is critical to addressing issues of a lack of housing supply but Scotland still lags the rest of the UK, writes Will Scarlett. 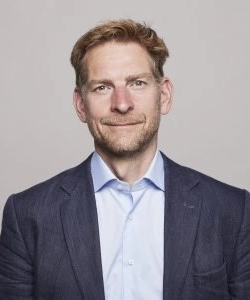 With the news that L&G have committed to a Build To Rent (BTR) scheme for 338 apartments in Edinburgh, it is fair to say that BTR in Scotland is finally, almost, here to stay subject to continued support from politicians and elected members.

These fears have now faded somewhat; the new Scottish Private Residential Tenancy was introduced in December 2017 and is now an accepted feature of the rental landscape. And whilst IndyRef2 may re-emerge in the future it feels as if the turmoil caused by Brexit has kicked the can down the road for now. Finally, the Scottish Government has put its weight behind the BTR sector in the form of the Rental Income Guarantee Scheme (RIGS) – the significance if which is perhaps more psychological that actual, but significant, nonetheless.

Due to previous uncertainties the number of operational BTR schemes in Scotland can be counted on one hand - LaSalle in Aberdeen and Aberdeen Standard in Edinburgh; in addition there are a few significant “new build” blocks that command strong rental levels (a PRS “Premium”) such as Quartermile and The Foundry (Fountainbridge) in Edinburgh, plus Buchanan Gardens in Glasgow. 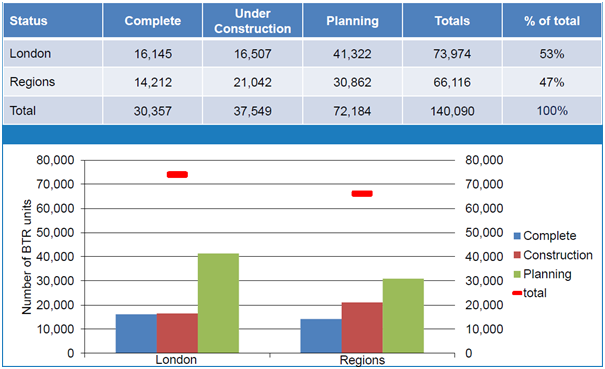 Over the last 24 months we have seen a healthy build-up of pipeline for significant purpose built BTR schemes in both Glasgow (2,246 units approved) and Edinburgh (1,197 in planning/pre-planning). Institutional investors and major players in the BTR sector have now committed to Scotland including MODA, L&G, Platform, Vastint and Get Living. There are further sites coming forward which may provide for BTR such Candleriggs in Glasgow (recently acquired by Drum) and Fountainbribge in Edinburgh (CEC site with planning for 259 private units) though scarcity of sites of scale (particularly in Edinburgh) is a major issue. BTR will also need to compete against a very healthy Private for Sale market on such sites.

The answer to the lack of supply of sufficiently large sites for BTR is to look to emerging secondary locations with strong transport links such as Leith, Bonnington and Gorgie (in Edinburgh) and Finnieston, Yorkhill and Merchant City (in Glasgow).

Critical to the success of BTR is that perceptions amongst politicians continue to evolve as the benefits of BTR to tenants and key-workers become better understood. Rental stock in some parts of Scotland perhaps suffers from a negative legacy of individual private landlords offering inconsistent and poor quality rental properties.