Work is needed to stop Scotland’s newest and most expensive motorway sinking into the ground because previous repairs have apparently failed.

Roadworks lasting up to three months will close parts of a junction on the £700 million M74 extension in Glasgow, The Scotsman has reported.

The news prompted a motoring group to call for an inquiry into why further work is needed, less than four years after the five-mile road was opened.

Engineers will attempt to ­stabilise the carriageway at junction 1A in Polmadie, south-east of the city centre.

It follows repairs in 2012 when concrete was injected below the road surface to prevent it sinking further.

The latest work, on a 20 metre stretch, is expected to involve closing lanes and slip-roads from next month.

A transport source said: “The road has been closed for monitoring at least one night a month, such is the concern.

“A gantry next to the area even had to be raised to ensure it remained above the necessary height limit. Delays are expected to be significant.”

The Institute of Advanced Motorists (IAM) said MSPs should investigate why such problems had not been averted.

Neil Greig, its Scotland-based policy and research director, said: “The planning of the M74 extension was dogged by ground contamination and subsidence issues for years before construction even began.

“It is very worrying these issues have re-appeared to haunt today’s users. Given the long history of instability in the area, the IAM would have expected the final design to have coped much better.

“An inquiry should be held as to why all the extra costs and expert knowledge utilised during building has failed to prevent long-term problems.

“Just as Glasgow has begun to feel the regeneration and congestion benefits of the new road, it is being ripped up again with months of delay in prospect.”

The road, which carries 34,000 vehicles a day, was built to ease chronic congestion on the M8 in Glasgow with a more direct route for through traffic between the south and west.

Transport Scotland said the repairs required and their timing were being worked out.

A spokesman said: “Some ­settlement, which is not unusual in the early life of a road, has occurred to the M74 at Junction 1A Polmadie.

“As is normal with these matters, the stretch of road has been closely monitored to assist in the development of a design.

“The programme of work is being finalised and details will be made available to road users over the coming weeks.

“The road will remain open and any disruption will be kept to a minimum.

“The cost of the work will be the full responsibility of the contractor under the terms of the construction contract.” 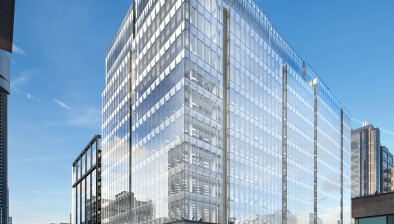