Work has started at Muir Street in Motherwell to create a new transport hub at the railway station. 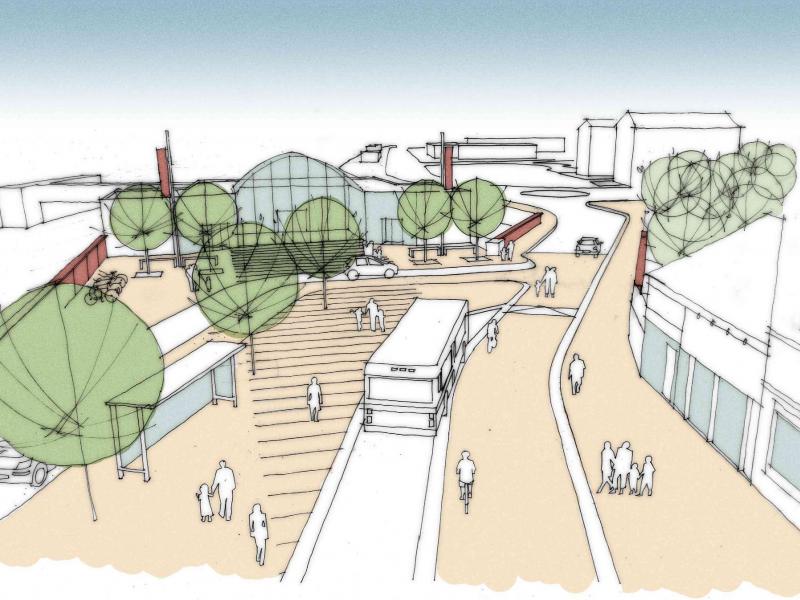 The North Lanarkshire Council project will see a new access road built from the roundabout at the north of Hamilton Road, behind the buildings on the left of Hamilton Road and Muir Street, to join the existing road in front of the station.

This will allow space for buses, a new taxi rank, a drop off/pick up point and disabled parking bays.

The £2 million project will complement the improvement work currently being carried out by ScotRail at the station. Balfour Beatty is the contractor for both projects, and work will be co-ordinated to minimise the timescales and disruption to the public. Both projects are expected to be complete by July 2022.

In total, £16.5m will be invested in Motherwell Rail Station and Muir Street. Transport Scotland, ScotRail and Strathclyde Partnership for Transport are funding the improvements to the rail station. The work at Muir Street will be funded by the Glasgow City Region City Deal and North Lanarkshire Council.

Councillor Paul Kelly, Council Depute Leader, said: “This project will make a real difference to the many people who travel to and from Motherwell, as it will improve the links between all types of transport and create active travel connections locally and beyond.

“It will also improve congestion in the town centre, creating more space for taxis, buses and pedestrians, which in turn will reduce carbon emissions and improve air quality.”