Struggling construction firm Galliford Try has announced its intention to close much of its business in Scotland.

Around 350 jobs are reported to be under threat, with most of those affected north of the Border. 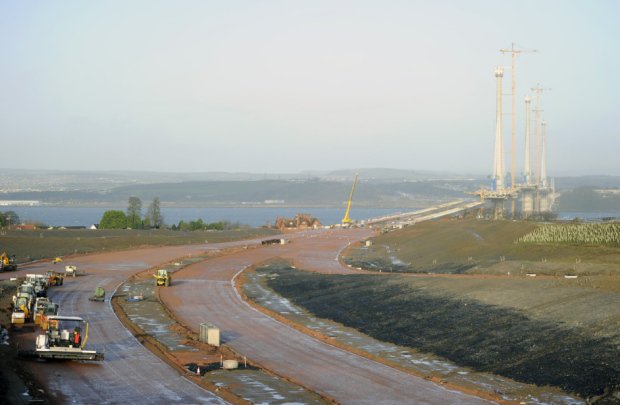 The company has now entered into a redundancy consultation period with its employees.

In a profit warning issued in April, the contractor announced it was undertaking a review of its construction business and was anticipating a £30 million to £40m drop in full-year exceptional profits due to restructuring costs and additional provisions for loss making contracts.

Galliford Try said the review will focus on its key strengths in markets and sectors with sustainable prospects for profitability and growth, where it has a track record of success.

A spokesperson told the BBC that the company’s construction and investments divisions would be affected and said it was a regrettable, but unavoidable step.

She added: “Today we have announced to our employees the proposals emanating from that review which will involve the proposed closure of parts of the division, with potentially some job losses involved. This is a regrettable but unavoidable step and we have started to consult with those individuals potentially impacted by our proposals and are doing all that we can to support them during this difficult time.

“The major part of the proposed reorganisation will potentially see the infrastructure business unit in Scotland be closed. It is a matter of record that for some time our business has sustained considerable losses on two major infrastructure projects within Scotland.

“We remain fully committed to our existing profitable building operations for Morrison Construction in Scotland, delivering much-needed public facilities together with our partners in the hub vehicles.

“As a business we are confident that the proposed structure we are looking to put in place will provide us with robust foundations and leave us better suited to face the key markets where our future success lies.”

“We are extremely saddened by the job losses announced after what has been an extremely challenging time for the Scottish civils sector, particularly for contractors working on public infrastructure projects.

“CECA Scotland is currently in the early stages of discussions with the Scottish Government on reforming public procurement. This announcement highlights the urgent need to up the pace of our discussions to put in place a new approach to procurement for major infrastructure projects - one that better reflects the shape of industry here in Scotland and that ensures a sustainable future for Scottish based civil engineering contractors.

“Our thoughts are with all employees affected by this announcement and CECA Scotland will be actively involved in supporting everyone impacted through this very challenging period.”