Morrison Construction has raised £4,644 for charity after successfully rowing the distance of the Atlantic Ocean, 1,770 miles, during a five-day challenge last week. 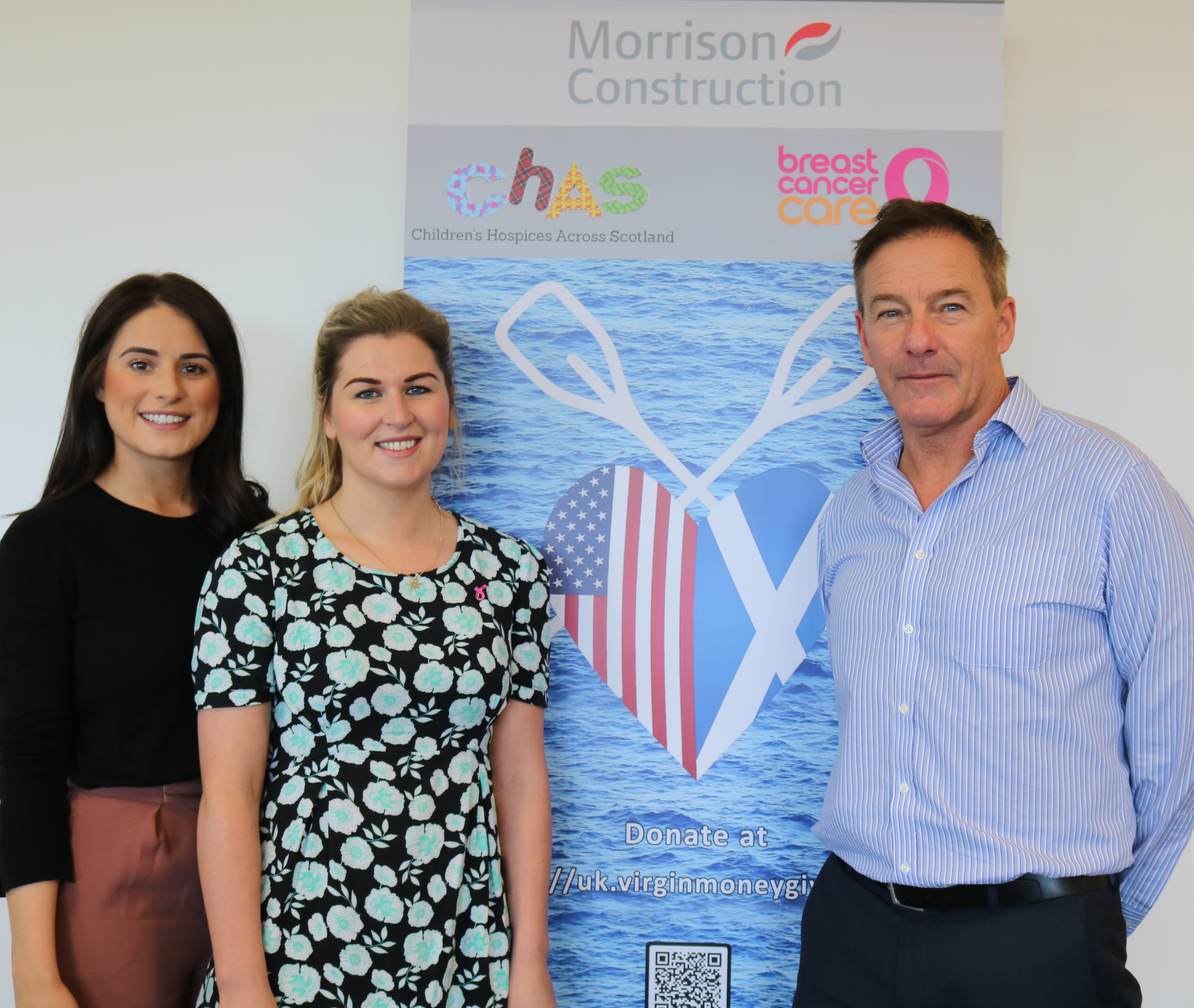 The fundraiser was held from September 2-6 for CHAS (Children’s Hospices Across Scotland) and the recently merged, Breast Cancer Care and Breast Cancer Now. Employees at Morrison Construction’s Building Central business nominated to support the charities during 2019.

Rowing machines and donation buckets were set up at six project sites and at the Glasgow office. The sites included in the fundraiser were: Barony Campus in Cumnock, Letham Mains Primary School in Haddington, AFRC for Strathclyde University, Queensferry High School, Stirling University Sports Centre and the Royal Edinburgh Hospital Jardine refurbishment.

A van organised by Morrison Construction’s Water Scotland business was loaded with two rowing machines, which visited the offices of clients and partners during the week.

Morrison Construction Building Central managing director, Eddie Robertson, said: “I want to congratulate everyone involved in our annual fundraiser, which was a fantastic opportunity to give back to these wonderful charities.

“Rowing the Atlantic was an ambitious challenge but we had many determined staff, clients, members of the public, suppliers and consultants to support us. I have no doubt that a good amount of healthy competition between colleagues helped us to reach our goal, our final tally was actually 1773 miles.”

CHAS senior corporate partnerships executive, Megan Stobo, said: “We are so grateful to have been chosen as one of Morrison Construction’s charity partners for 2019 and would like to congratulate every single person involved in this incredible challenge.

“The amount of money raised in just five days is phenomenal and will help CHAS in our mission to reach every single child with a life-shortening condition across Scotland, ensuring the time they have with their family is full of joy and precious memories.”

Breast Cancer Care and Breast Cancer Now community fundraising manager, Ali Macintyre, added: “We would like to sincerely thank all at Morrison Construction for their generous donation and congratulate everyone involved in completing such an ambitious challenge.

“Breast cancer is the most common cancer in the UK – around 4,700 people are diagnosed with breast cancer and around 1,000 people die from the disease each year in Scotland.

“We are very grateful to everyone who supports our work; helping us to fund vital breast cancer research and support for those affected by the disease and get one step closer to our vision, that by 2050, everyone who develops breast cancer will live – and be supported to live well.”