Detailed plans have been lodged for the conversion and change of use of the former Dunnes Stores building at 218-224 Sauchiehall Street in Glasgow into a 112 bedroom full service hotel and all day café/restaurant on behalf of Manor Property Group. 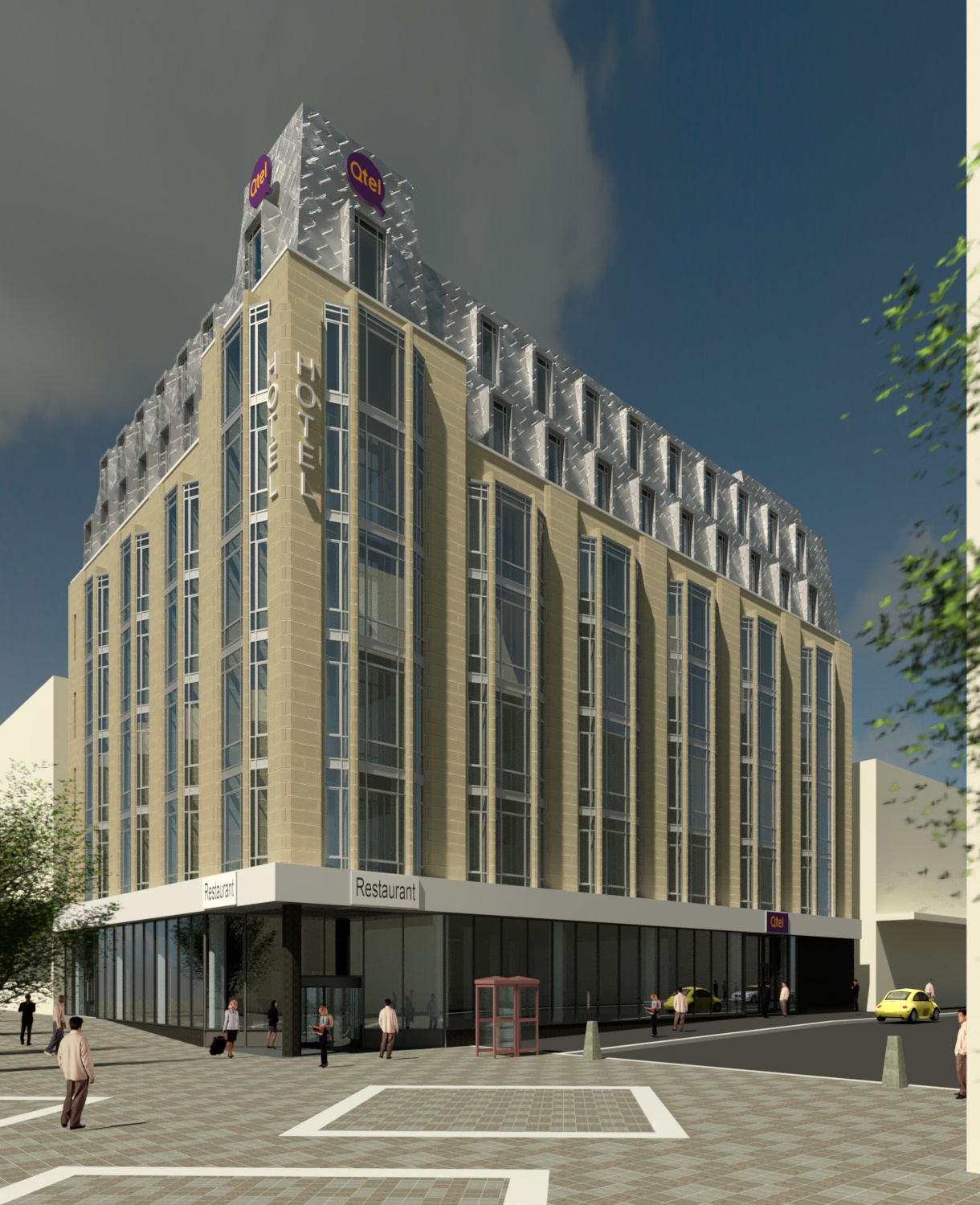 Mosaic Architecture + Design, the practices behind the application, said the delivery of a Qtel to this location will save the building, provide a new purpose for it, enhance its appearance and create 50 FTE jobs.

The hotel will be a high-quality addition to Glasgow’s leisure offer and bring a new all-day café, bar and restaurant revitalising this iconic Sauchiehall Street focal point, the firm said.

The project will represent an investment of more than £12 million in the city, adding a hotel, complete with a ground floor bar and restaurant, giving vibrancy and vitality to an important and historic part of the city centre and helping activate this part of the pedestrianised Sauchiehall Street.

The proposals include a rooftop extension to provide bedroom accommodation, while the ground floor will house the hotel reception and bar/restaurant and lounge. It is also hoped that, throughout the summer months, outside tables and chairs will be used on Sauchiehall Street. The basement will house a private hotel gym, meeting rooms for hire and back of house accommodation.

“We have identified hotels as a key area for development and intend to expand our existing nine hotel portfolio by developing six more hotels of 100+ guestrooms, with the possibility of further expansion once this milepost has been reached.”

Mosaic has been appointed to lead the project to deliver the developer’s first Qtel brand in Scotland.

Stephen Mallon, director of Mosaic, said: “It is an honour to be involved in this prestigious development for Manor Property Group, another major hotel project for the city following on from our Yotel project for Starwood on Argyle Street, which is currently on site.

“The design is one we feel is respectful of the existing building and context, using a traditional mansard form re-interpreted in a modern fashion with new materiality. While undertaking research into the existing property, we discovered that the now-demolished building that sat on the site previously was Glasgow’s very own ‘Balmoral Hotel’; something of which I was unaware of before our involvement, but which seems to provide a neat symmetry for this project.”

Built in 1929, the existing building was known affectionately to many Glaswegians as the C&A department store.