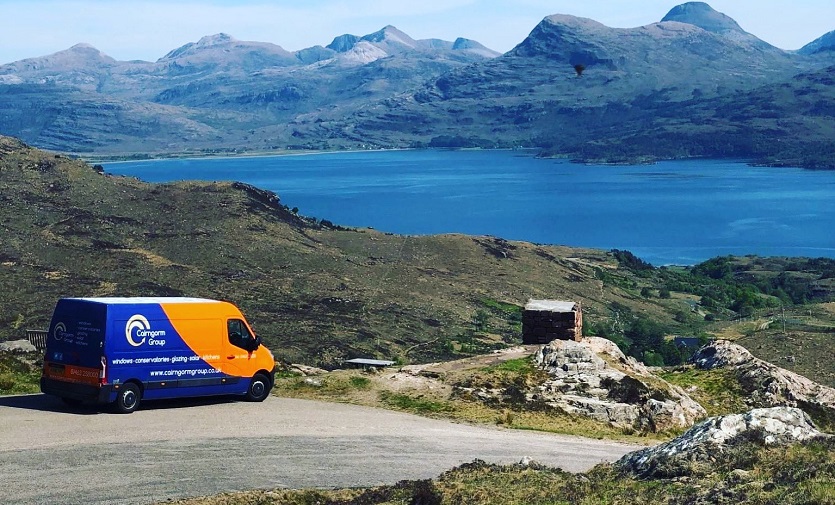 The decision is fuelled by a sales surge including the 67-year-old company’s best-ever September business.

“At a time when so many jobs are under threat, it’s good to be in a position to create new local employment”, revealed managing director David Dowling.

“We’re doing this on the back of three months of steadily increasing sales, both from domestic users and commercial clients, culminating in a ‘super September’ which was better than the same month in any normal year.

“We now have a forward order book through to Easter 2021, which is a massive boost compared with our situation only a few months ago when everyone was on furlough. It means we need to react swiftly by offering these jobs.”

Cairngorm is seeking to recruit three windows fabricators, two finishing joiners, three office staff and two general handymen. This would take their workforce up to 105.

The company, owned by the Dowling family, had seen housebuilders, affected by Scottish Government restrictions, slow to submit significant new orders, but that sector is now expanding rapidly.

“Key clients such as Springfield Homes and Tulloch Homes are now making substantial orders on the back of their own busy sales”, said Mr Dowling.

“The huge upsurge in windows for housing developments is accompanied by domestic demand which has been strong since we reopened.

“In addition, our fitted kitchens and conservatories divisions are doing very well. It is clear that people, having had a time of restricted spending during lockdown, are keen to use their resources to improve their homes.”

Cairngorm has been making its own windows for 32 years and earlier this year generated repeat business from the Falkland Isles.

In 2019 the company racked up a 16% rise in commercial sales – a growth period which was halted by lockdown in March.

Local authority and commercial clients, increasingly seeking environmental benefits, are attracted by Cairngorm’s ‘closed loop’ recycling system in which every off-cut and all the glass is recycled.

“None of our material goes into landfill, which makes ours the ‘greenest’ windows you can get”, said Mr Dowling. “This is increasingly a selling point to clients who put an emphasis on being environmentally friendly.”