The record-breaking Union Chain Bridge is closed from today until 2022 as engineers prepare to start the first stage of its restoration. 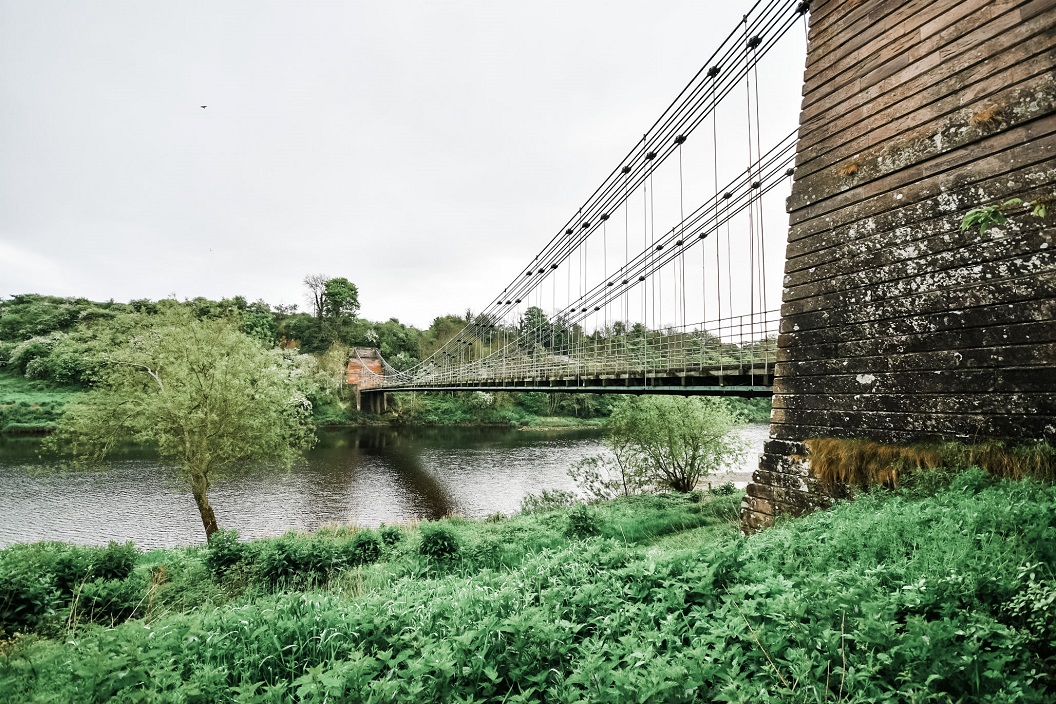 The 200-year-old structure will be shut for the next 15 months with no access at any time to vehicles, foot passengers and cyclists while contractor Spencer Group fully refurbishes the bridge.

Compounds are being set up on both sides of the border and the actual conservation work is due to start in October.

It’s the latest step for the bridge which provides a key transport link between Scotland and England and received £3.14 million from The National Lottery Heritage Fund in September 2019. A number of other significant funders have also pledged their support for the project.

Built in 1820 by Captain Samuel Brown, it’s the oldest operational chain suspension bridge in the world still carrying vehicles – a fact recently recognised by the Guinness Book of Records.

The ambitious funding bid was put together by Northumberland County Council, Scottish Borders Council, Museums Northumberland and community group Friends of the Union Chain Bridge, following serious concerns about the condition of the world-famous structure.

Both councils have committed match funding totalling £5.7m towards the £10.5m scheme, with other fundraising activities continuing to be progressed by the Friends of Union Chain Bridge in support of the project.

As well as conserving the historic structure, the project team has also developed interpretation proposals and a comprehensive programme of community engagement and education activities.

Northumberland County Council leader Glen Sanderson said: “This is another key milestone for the bridge and signals the main works are about to get underway – something we’ve all been looking forward to for many months.

“While there is no access to the bridge we would thank people for their understanding while this magnificent structure is brought back to its former glory.”

Councillor Gordon Edgar, Scottish Borders Council’s executive member for infrastructure, travel and transport, said: “This is a significant moment for the project, the local community and visitors.

“We know it is a popular route for walkers and cyclists and for local motorists, but in order to secure the long-term future of this magnificent and historic structure, we require this closure to be in place.

“We thank in advance the local community for their patience and understanding while the bridge is closed.”