The Unite union has accused the association of not taking seriously negotiations over pay, equality of working conditions, and working hours.

Unite regional officer Tony Trench said: “We finally got the housing association to sit around a negotiating table after trying for two years. We had discussions with the association, and with the conciliation service ACAS. Following that meeting, the association was supposed to get back to ACAS on Monday 3 October. They didn’t.

“Our members have been patient, but they won’t be patient forever. In a consultative ballot, more than 80 per cent told us they would support industrial action. If the housing association doesn’t start serious negotiations soon, we will have no choice but to move to a formal, legal ballot.

Unite represents around 80 tradesmen and labourers employed by the association. The union is pushing for an increase to the implemented 1.1 per cent pay award, and for harmonisation of holidays and the working week across the association. At the moment, the tradesmen work a 37 hours a week, while some office staff work 35 hours a week and also receive a day’s holiday more per year.

The union is also pushing for changes to start and finish times for the tradesmen.

Tony Trench added: “The European Court of Justice has made it clear that journeys made by mobile workers must count as working time, but that’s not being properly recognised by the housing association. They need to either pay what the law says, or change the start and finish times of our members, to take account of their travelling time.

“All our members want is fair pay, equality with other members of staff and a bit of respect for the work they do maintaining and repairing homes for people throughout the Scottish Borders.”

SBHA said it does not believe its current package is unfair and inequitable and that it is keen to continue the process of constructive communication.

Henry Coyle, director of assets & property services, said: “Repairs to tenants’ homes is a vital service and we are therefore disappointed to learn, via a press inquiry, of Unite’s intention to ballot its members within our Property Services Team on industrial action.

“SBHA values the role the Property Services Team plays in delivering services to tenants and for this reason have committed to constructive engagement over several months with a series of positive outcomes. We have held regular operational meetings between local Trades Union reps and managers in Property Services. These fortnightly meetings have subsequently been complemented by a series of strategic meetings, which regional Union reps have also attended. As a result of these we have brought a scheduled review of flexible working, modernising pay and working practices from 2018 to commence this month. One outcome of this will be a full review of the pay system and grading structure across SBHA.

“In response to Unite, we do not accept that the current package is unfair and inequitable. The package received by trade operatives and office based staff contains terms and conditions which are aligned to their different working environments. For example, office based staff do not receive an annual productivity bonus or work a rota day system. Unite negotiated this position for their members in 2009 and it has been of great benefit to them in recent years.

“We can confirm that, on the 26th September 2016, Unite made a number of requests on behalf of our Property Services Team (SBHA’s in-house Maintenance & Repairs Contractor): a pay settlement of RPI+1 per cent, backdated to 1 April 2016; a reduction in working hours from 37 to 35; paid travelling time to and from work; and a separate grading system for staff in the Property Services Team.

“We have not failed to respond to Unite’s request – at the meeting with ACAS on 26th September, which we attended at Unite’s invitation; we committed to respond to ACAS, on Unite’s request, within 7 days and called ACAS on Friday 30th September 2016. We agreed with ACAS to follow up with a written response and on the basis that ACAS’ facilitator was out of the office until Wednesday morning, we committed to have a written response on his desk for his return and have done so.

“On the issue of travel time, Unite have requested that operatives be paid for time spent travelling to and from work. Legal advice has confirmed that the recent 2015 ruling on working hours and the European working rule agreement does not include payment for journeys to and from work and is in fact relating to Health & Safety legislation, not pay.

“We have stressed that, as a ‘not for profit’ organisation and registered charity, we must balance Unite’s requests against the needs of SBHA tenants, the requirements of the whole employee group, and the future viability and competitiveness of Property Services.

“To put into place all of Unite’s requests would mean that rents would have to be increased to unacceptable levels of a further 4 per cent, or significant cuts in other services would have to be undertaken. We are balancing the requests made against the pressure to keep tenants’ rents affordable and to maintain service standards, as well as the future viability of Property Services and its ability to grow its customer base and commercial role. Currently there are no significant productivity or financial gains that counter-balance the proposed pay increase and changes to terms and conditions that have been requested.

“We appreciate that this may not be the response that Unite is seeking and we are keen to continue the process of constructive communication.” 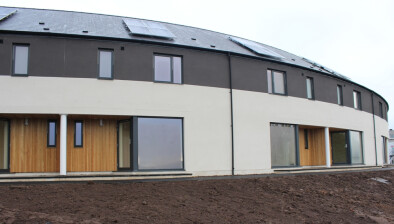 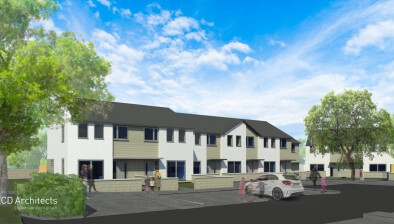