Plans for a new £50 million cinema complex designed by Richard Murphy Architects have been unveiled for Edinburgh’s Festival Square. 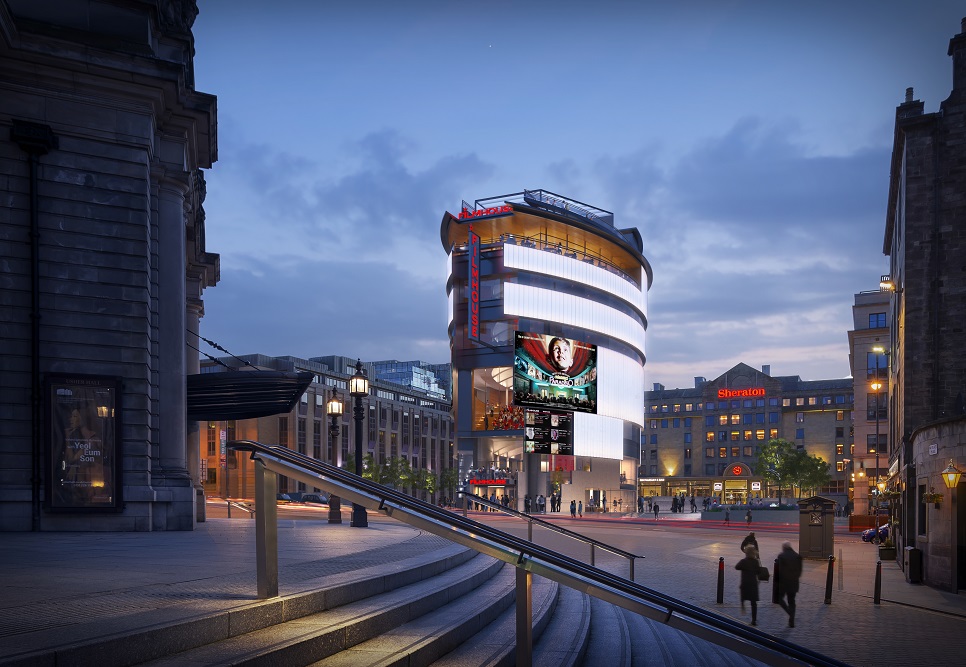 Set to become the home for the Edinburgh International Film Festival, the 11-storey Edinburgh Filmhouse would feature six screens, a new festival centre, as well as a cultural industries hub, a cafe/bar and a rooftop events space.

Due to the significance of the development, the project team are consulting as widely as possible on this proposal. The consultation stage will officially run from today for 12 weeks.

“This proposed new building will transform what we’re able to do for Edinburgh’s residents and Scotland’s film community, as well as providing Scotland with a physical celebration of the most popular art form.

“Through doubling the number of screens and seats for regular cinema-goers, creating dedicated education and learning spaces, and developing an iconic festival centre, all within a fully accessible and carbon neutral building, this really is a 21st century temple for film.”

He added: “We are hugely excited about sharing this vision during the consultation period and are looking forward to engaging with as many people as we can in helping us shape the future for Filmhouse and lovers of film.”

While full costs for the project have still to be worked out, the total bill for the new building is estimated to be in the region of £50m.

It is hoped construction could start in 2023, with the new cinema then open to the public in 2025.