A developer of commercial wind farms that applied for planning permission for a wind farm within the consultation zone of the Eskdalemuir Seismic Array has succeeded in petitioning the court for a time extension to begin proceedings for judicial review. 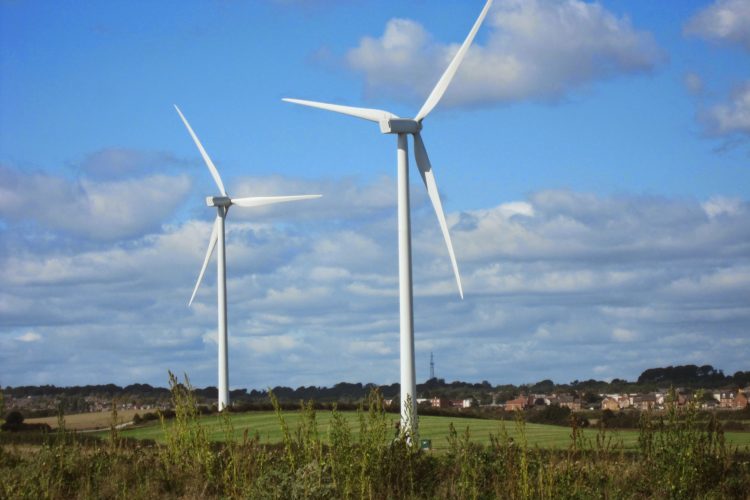 The planning application of Energiekontor UK Ltd at the Little Hartfell site was objected to by the Ministry of Defence in accordance with its policy on noise budget. The petitioner sought declarator that the MOD’s policies were unreasonable, ultra vires, and unlawful, as well as a reduction of the noise budget.

The petition was heard in the Outer House of the Court of Session by Lord Tyre.

The Eskdalemuir Seismic Array comprises a number of seismometers intended to detect vibrations caused by nuclear tests. Government policy, managed by the MOD, is to protect the array from seismic vibrations from other sources that might interfere with its intended purpose. The forces acting on wind turbines cause vibrations in their structure which can travel underground for many kilometres.

As a result of a 2005 report, a 10km exclusion zone operates around the array, along with a further 50km consultation zone. MOD policy is to object to any wind farm development within the exclusion zone and it is required to be notified of any planned developments within the consultation zone. In addition, the authors of the report recommended a seismic ground vibration threshold for wind farms within the zone of 0.335 nanometres of ground displacement. This is known as the noise budget.

In 2014, a further report challenged the methodology of the 2005 report in calculating the noise budget, and recommended that it be replaced with a physics-based algorithm. This could allow further wind farm developments within the exclusion zone. The MOD allocates noise budget on a first come first served basis.

The petitioners applied for planning permission in 2018 for a wind farm with a capacity below 50 megawatts within the consultation zone. The MOD objected to this application due to the noise budget having already been reached. Prior to the submission of the MOD’s formal objection, the petitioner had learned that objection was likely because all of the available noise budget had been allocated to a scoping application submitted in respect of an application for a development at Faw Side with capacity exceeding 50MW.

The MOD opposed the application for a time extension. Prior to bringing a petition for judicial review, the petitioner had engaged with the MOD to try and resolve the dispute by other means, but nothing had come of this. The petitioner was aware that their arguments were falling on deaf ears, had been aware of all relevant matters since at least May 2018, and judicial review had been in their contemplation since then. It had been inappropriate and unreasonable, having regard to the principle of good administration, to wait until the end of 2019 before raising proceedings.

Ought to receive consideration

In his opinion, Lord Tyre concluded that it was equitable to extend the time period for three reasons. He began: “First, I consider that the issue is an important one that ought to be determined one way or the other. A consequence of the current MOD policy is that a single large project which has not reached the stage of submission of an application can more than exhaust the available noise budget and thus, in effect, operate as a block on wind farm development throughout a very large area and for an indefinite period. I should emphasise that I express no view on the substantive merits of the petition, beyond stating that I am satisfied that the statutory threshold of real prospect of success is met. However it seems to me that the argument ought to receive judicial consideration, and I see no advantage in refusing to allow the present petition to proceed because of the possibility that another petition raising the same issue may be brought in the future.”

He continued: “Secondly, I am not persuaded that the principle of good administration requires refusal of permission for this particular application to proceed. In my opinion, an argument by the respondent based upon the principle of good administration would be better canvassed, at least in the circumstances of this case, at the substantive hearing rather than at permission stage. The mere fact of permission being granted will not, so far as I am aware, have any immediate practical consequences: the current situation is that due to its proposed capacity, the Faw Side proposal not only exhausts but greatly exceeds the currently available noise budget, so there does not appear to be any question of interference with progress with a development that would otherwise be under construction. Nor would the remedies sought affect any wind farm development which has already received the relevant planning approval.”

He concluded: “Thirdly, I do not consider that any prejudice to the MOD has been identified. The petitioner does not dispute that the MOD is entitled to devise and enforce a policy to protect the Array from interference with its detection capabilities. The petition does not, and does not seek to, threaten the system adopted by the MOD to safeguard the Array. Nor does it take issue in principle with a first come first served approach to the allocation of noise budget. The challenge is concerned rather with allocation of priority as between proposed developments, which should be a matter of indifference to the MOD so long as there is noise budget available for allocation.”

Therefore, the petition was allowed to proceed.