Logistics company Russell Group has unveiled plans to create hundreds of jobs at a £200 million development at Ravenscraig. 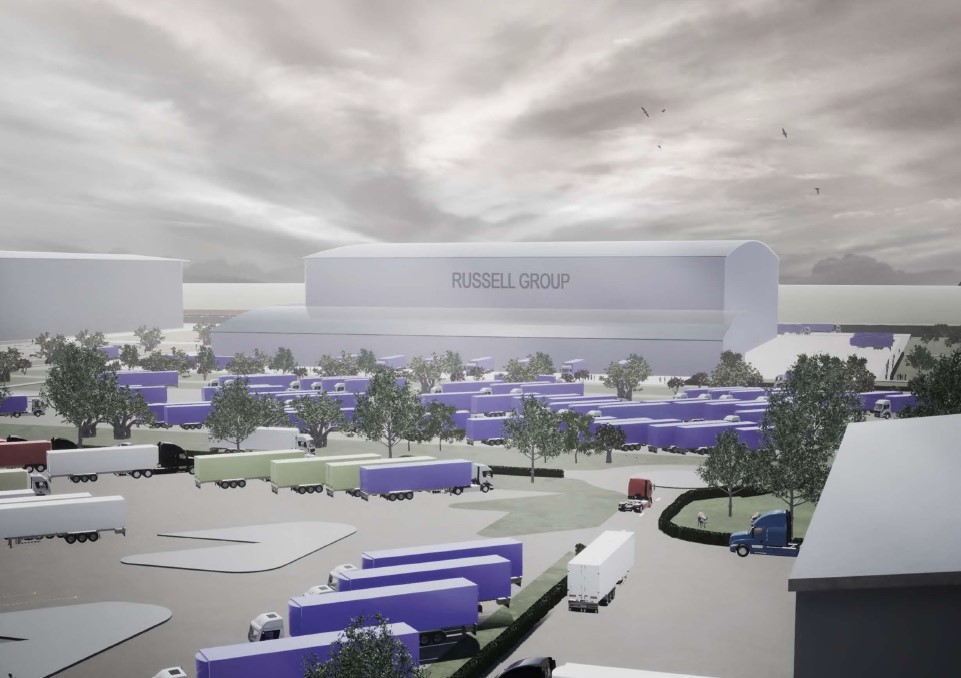 The family-owned firm will submit a Proposal of Application Notice to North Lanarkshire Council this week seeking permission to build a railhead logistics hub at the industrial site. The proposed development would serve as the company’s UK headquarters, with the facility set to include a training academy while also functioning as a test bed for innovation in the transport industry.

The site’s developer, Ravenscraig Ltd, has been in talks with Russell Group on the plans which would act as a catalyst for further investment in the site.

If the plans are approved, construction work would begin towards the end of 2021 with the first phase of the development expected to be completed by early 2023. Further phases would continue to be delivered while the first section is operational, with overall completion by early 2026.

A virtual public consultation is due to be held on November 25 and December 9, with details of how to attend forthcoming in due course.

Kenneth Russell, director at Russell Group, said: “Ravenscraig is set to be one of the best-connected locations in Scotland and is uniquely positioned to be home to our planned headquarters and logistics hub. We are hugely excited by the potential of this development, which will drive real and tangible benefits to the local population, not least through the creation of hundreds of new and high-quality jobs.

“At a time when there is so much economic uncertainty, we are proud to be investing in North Lanarkshire. While we are at the start of the planning process, we are committed to consulting with the public on our plans and will set them out in more detail over the coming weeks and months.”

Nick Davies, director of Ravenscraig Ltd, said: “This is the most significant development opportunity proposed to date at Ravenscraig and is one that has the potential to transform the site. It is our belief that an investment of this size will be crucial to unlocking further commercial opportunities at Ravenscraig, driving economic benefit across North Lanarkshire and beyond.

“The proposed investment will also allow us to realise wider aspects of our Masterplan, including further housing and community facilities. This will build on the great work that has already been done across Ravenscraig and is especially welcome due to current economic conditions.”

Ravenscraig has undergone major investment in the last decade, with several success stories including the creation of the sports facility, a state-of-the-art college campus and a pub restaurant and hotel.

In June last year, planning officials gave the green light to a new masterplan which aims to build a community where people can live, work and play.

Reflecting the needs of the modern community, the masterplan has a focus on high quality housing, transport links, education and employment opportunities and space to exercise, play and safely enjoy the outdoors.

Last month, funding approval was granted for the Ravenscraig Access Infrastructure project, which will see Ravenscraig connect north to the M8 and south to Motherwell and the M74. Representing a total investment of £127m, North Lanarkshire Council will provide £65.3m with the remainder coming via the Glasgow City Region Deal.