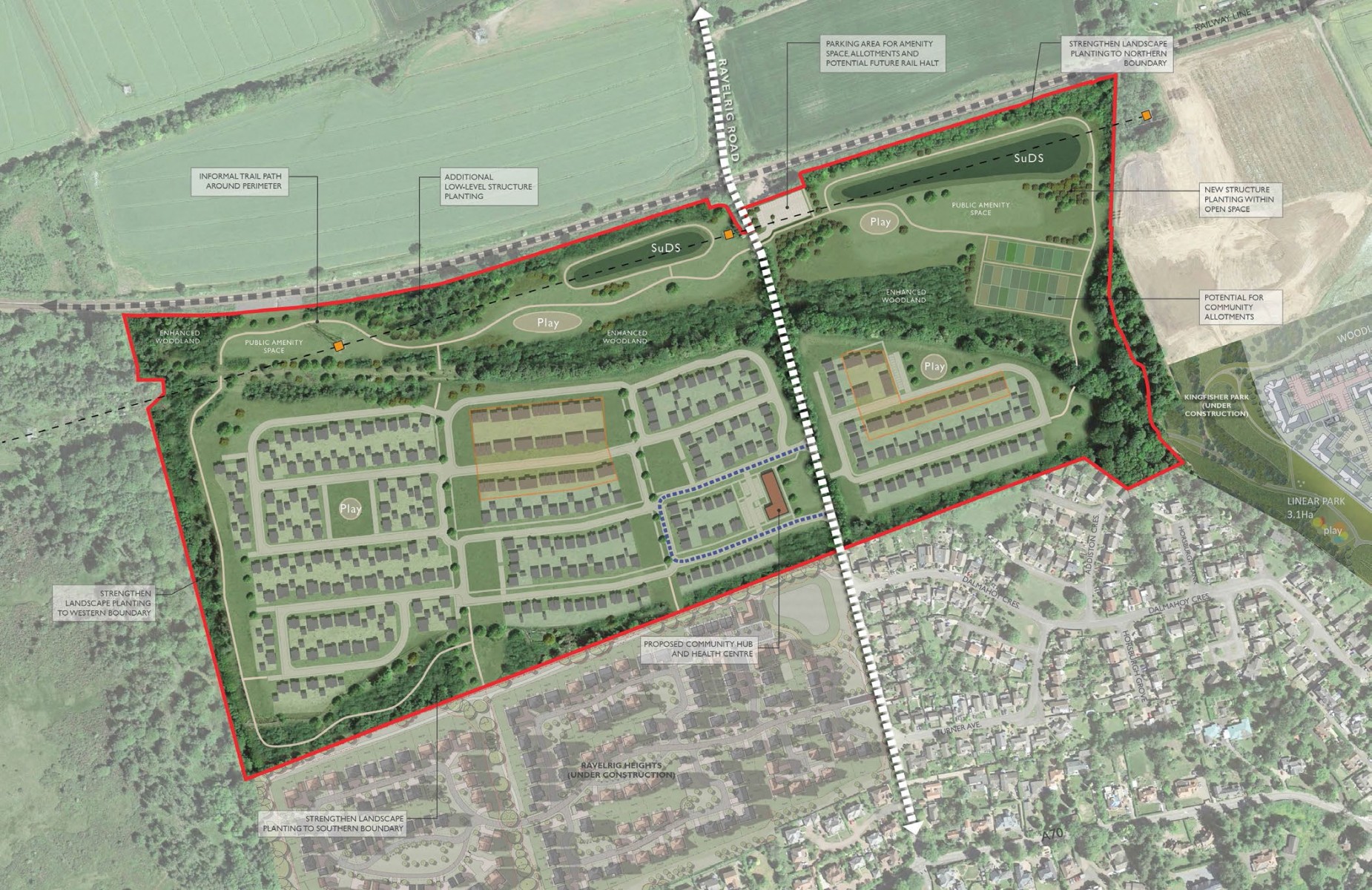 The Scottish Government has decided against giving approval to plans for a housing-led development in Balerno.

JS & R Mitchell had sought to deliver around 350 homes alongside a new health centre and community facility at Ravelrig Road. The George Street-based developer first applied for planning permission in principle for the EMA-designed project towards the end of 2020 but the City of Edinburgh Council’s development management committee voted to refuse the application last May.

The local authority argued that “the proposed development is not an allocated site or located within the urban area” and the housing estate would have an over-reliance on car transport.

Following an appeal to the Scottish Government’s Planning and Environmental Appeals Department (DPEA), government reporter Mike Shiels upheld the original ruling this week and shared council officers’ concerns about car dependency and the sustainability of the development.

Explaining his decision in a report, he wrote: “I consider that the location of the development would be likely to increase the use of the private car for trips to school and for shopping.

“The current climate change emergency requires that the number of daily car journeys should be reduced drastically in the future. However, the location of new housing developments on the periphery of existing settlements, with relatively limited accessibility by other means of transport, does not necessarily accord with achieving that aim.”

Mr Shiel added there was no evidence from the applicant that supported claims there would be a new bus route to provide public transport to the estate.

“There is no written confirmation, that a bus operator would be willing or able to introduce a new service.”

And he identified other gaps in the proposals, saying there is “no indication” of how the community and health centres would be financed, adding that simply allocating sites for the facilities would “not make them happen”.