A judge in the Outer House of the Court of Session has ruled that an action seeking over £72 million in damages relating to defects in the construction of the Queen Elizabeth Hospital in Glasgow is competent in spite of a contractual provision requiring disputes to be referred to adjudication. 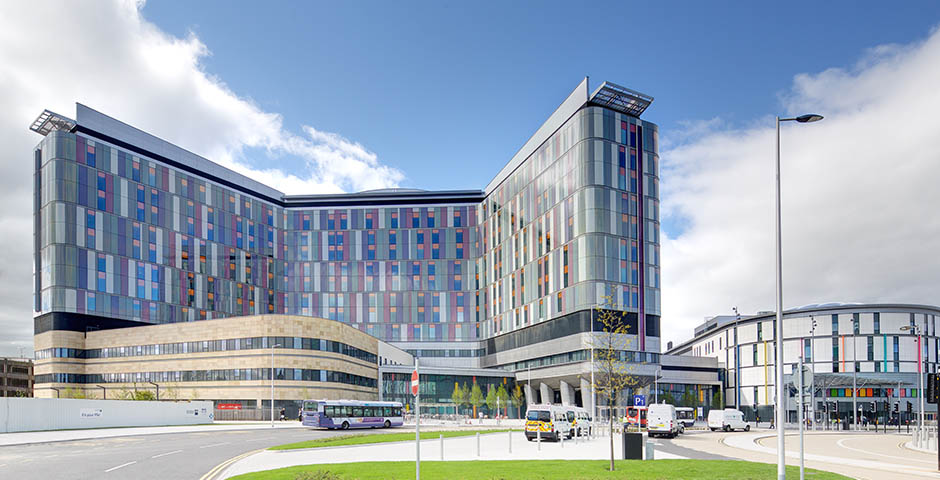 The Greater Glasgow Health Board sought payment from the main contractor on the project, Multiplex Construction Europe Ltd, as well as their guarantor, BPY Holdings, and the lead consultant and project supervisor, Currie and Brown UK Ltd and Capita Property and Infrastructure Ltd. The defenders argued the action was incompetent and sought its dismissal.

The case was heard by Lord Tyre. Dean of Faculty, Roddy Dunlop QC, appeared for the pursuer. The defenders were represented by Gavin MacColl QC, Lord Keen of Elie QC, and Roisin Higgins QC.

It was the pursuer’s position that the first, third, and fourth defenders were in breach of contract owing to several defects in the hospital’s construction. These included, but were not limited to, defects in the water system, ventilation issues, problems with the heating system, and internal fabric moisture ingress.

The pursuer’s contracts with the first and fourth defenders respectively, both in accordance with NEC3 contractual terms with some amendments in the latter contract, provided for any dispute arising under or in connection with the contract to be referred to and decided by an adjudicator, and stated that no dispute was to be referred to the court unless it had first been decided by the adjudicator. No such disputes had been referred to adjudication at the time the action was raised.

It was submitted for the pursuer that on a proper construction of the contractual terms, the dispute in the present action was not one that it was intended would be referred for adjudication. In theory, the present case could give rise to up to 22 adjudications, as each would concern a single dispute and could not have a multiplicity of parties. This left open the possibility for mutually inconsistent decisions with no possibility of joint and several liability, and the parties should not be taken to have agreed such an obviously inappropriate means of dispute resolution.

The first, second, and fourth defenders submitted that a dispute could not be excluded from adjudication purely on the basis of its complexity. If resolution of the issues required multiple adjudications, that was what the parties had agreed. In respect of joint and several liability, the parties could have contracted for resolutions of those claims but had chosen not to do so.

In his opinion, Lord Tyre said of the capacity for the adjudication clause to include complex disputes: “I am not persuaded that clause W2 ought to be construed as impliedly excluding complex disputes. If the parties to the respective contracts had wished to exclude complex disputes, including disputes in which joint and several liability was asserted, they could have done so.”

He continued: “It was foreseeable at the time of contracting that in a project of this scale disputes might arise, but the parties have not seen fit to make any special provision for disputes of any particular complexity. Instead they have entered into contracts in terms of which ‘any dispute’ may be referred ‘at any time’ for adjudication.”

Turning to the competence of the action, Lord Tyre said: “The circumstances of the present case are indistinguishable from the cases in which court proceedings were raised despite the agreement of parties to have their disputes resolved by arbitration. The effect on the jurisdiction of the court of an agreement to submit to arbitration is long established: jurisdiction is not wholly ousted although the court is for the time being deprived of jurisdiction to inquire into and decide the merits of the case.”

He went on to say: “The action is not incompetent, but by virtue of the terms of clause W2, and in the absence of a waiver by the defenders of the contractual requirement to refer any dispute to an adjudicator, it cannot be entertained by the court until the adjudication process has concluded.”

Having decided this, Lord Tyre then considered the appropriate course of action in the case, saying: “In my opinion the appropriate course is to sist the action to await the outcome of the adjudication(s). I agree that that is the usual course and I see no reason to depart from it. Even if I had held that the contractual bar created by clause W2 was properly to be characterised as a curable incompetency I would not have regarded dismissal as appropriate.”

The case was therefore sisted to await the outcome of adjudication.