And finally… ‘Adult-only’ crazy golf venue to open in Glasgow

An 18-hole crazy golf venue with eye-catching holes including a giant hamster cage and a bouncy castle is set to open in Glasgow city centre next month. 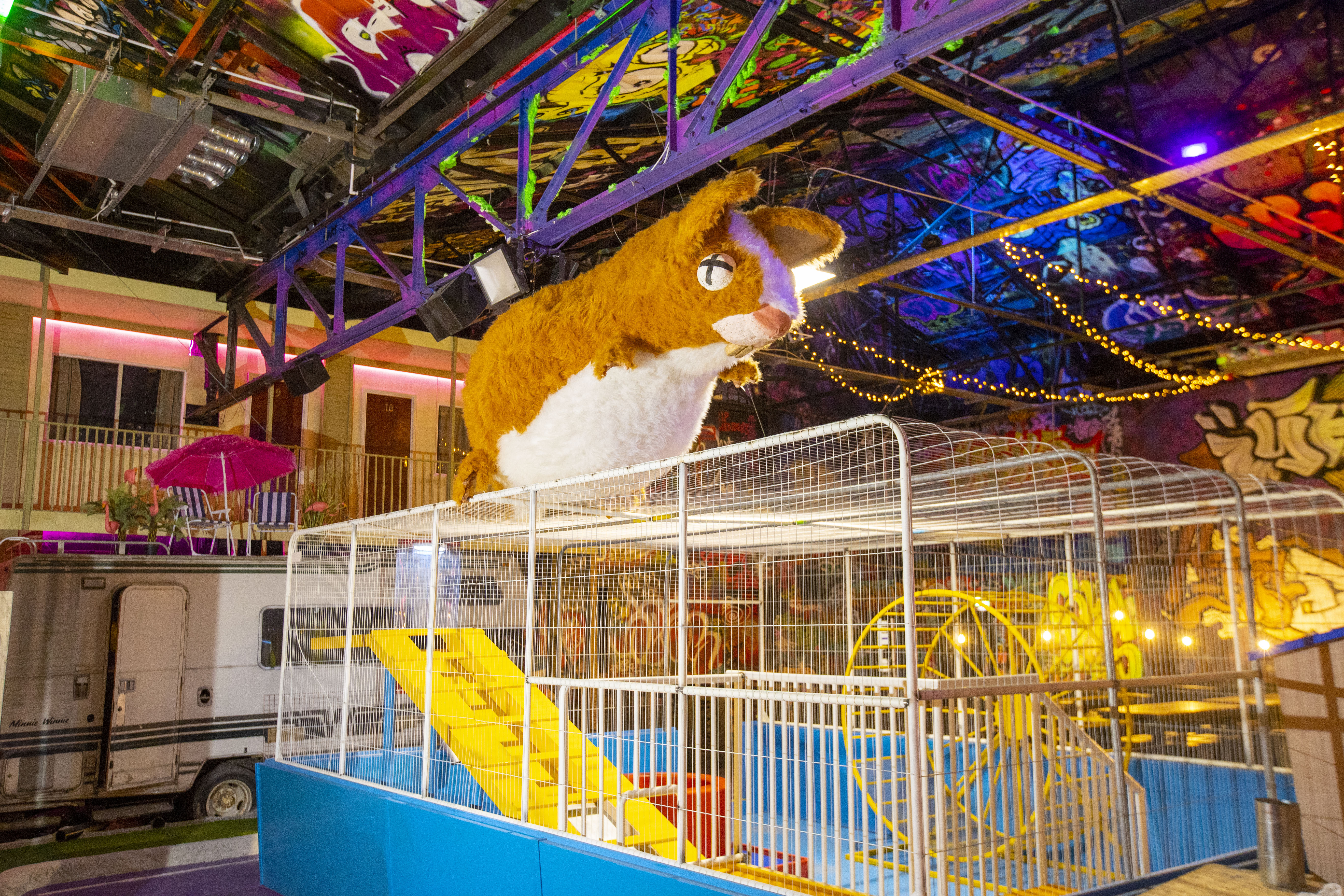 The mammoth 40,000-square-foot venue on Lancefield Street has been designed to pay homage to the city’s iconic culture and renowned entertainment scene.

Across the course, players will putt on a range of instantly recognisable themed holes including the Old College Bar which has become a symbol of the city having been widely regarded as one of the oldest public houses in town. The pub’s legacy will now live on through the miniature replica that players will pass through as part of the urban golf course.

Martin Hennigan, head of production, who is currently working on the installation of the new venue, said: “It’s a staple of our venues that we honour a local pub that’s well-known in the city. For Glasgow, we selected the Old College Bar as we loved the story of how it claimed to be the oldest pub in the city - but really it wasn’t. It’s a bit cheeky and we can definitely relate to that.”

“The Old College Bar was obviously a bit of an institution in Glasgow and was fondly viewed upon. We heard that it’s shut permanently now which is a real shame, but we like to think it will raise a smile when people see our tribute on the course.”