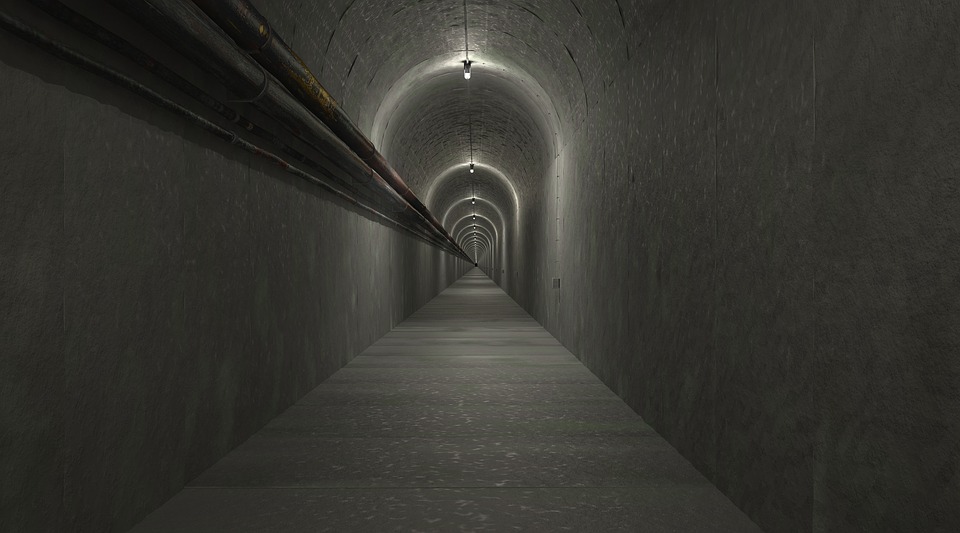 A flat with its very own World War Two bunker has gone on the market in Islington.

The spacious underground cavern can be accessed from a lone doorway set in the patio terrace belonging to the two-bedroom home in The Laboratory Building in Rosebery Avenue, Clerkenwell.

In the 1930s Thames Water scientists had used the former Metropolitan Water Board HQ as a lab to test reservoirs and rivers up and down the country, and when the Second World War broke out underground bunkers were built to house the staff and protect them from booming raids.

Interestingly, the joint owner’s father was worked as a scientist for Thames Water at that time in the Art Deco building, which was converted into flats in the 90s.

The current owners have brought the bunker back from dereliction, and made the space usable with a complete refurb, painting the whole thing white.

It was tanked to prevent water ingress, and they installed heating, lighting and its own ventilation system.

One of the joint owners, who wished to remain anonymous, told the Islington Gazette: “When we purchased the property the WWII bunker was derelict .

“There are two bunkers, one of which has direct access from our flat, and the bunkers were connected however we sealed the doors so that we could have independent space from the other flat.”

Agents from Unique Estates Property Services, who are marketing the property, suggest the space could be used as a home office or a music room, gym or just storage.