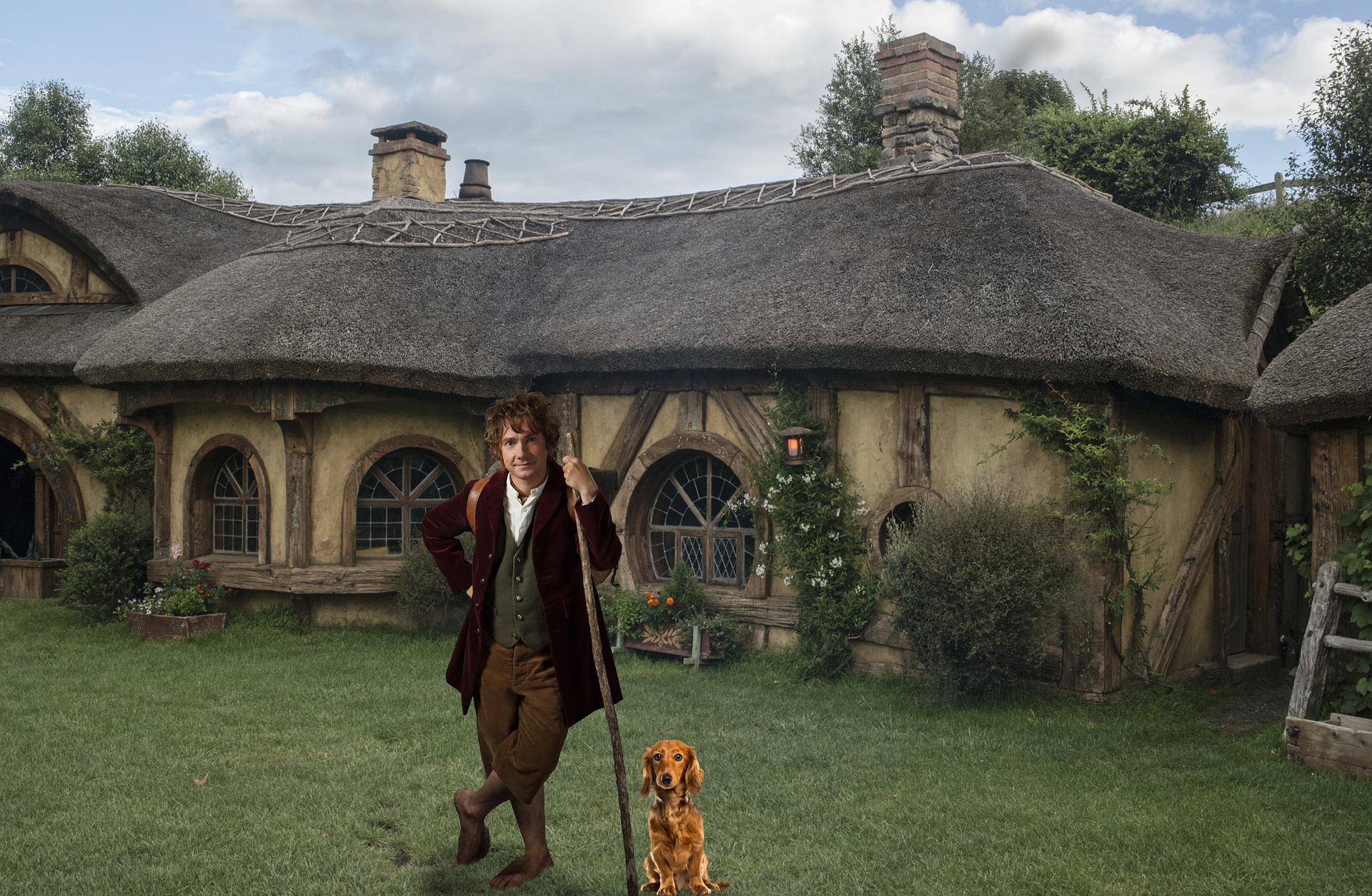 An IKEA worker from South Queensferry fulfilled his childhood dream by building a ‘hobbit house’ in his back garden.

Ali Hughson, 47, has been a fan of the JRR Tolkien books since he was a teenager and loved the idea of having a hobbit-themed workshop.

The grandfather spent six months and £2000 building the two-metre-tall shed which even features the iconic round green door made famous in the Peter Jackson films.

Wood artist Ali, who also works at IKEA, said he wanted to make something ‘more magical’ than a typical garden shed to house his workshop and tools.

Ali used timber to build the structure still plans to turf the roof, plant flowers on top to attract bees and install a log burner and chimney in time for winter.

Ali told STV: “When I was around 13 I read The Hobbit, and then watched the Lord of the Rings movies when they got released.

“I’ve been a fan of Harry Potter and The Lord of the Rings all my life, I just love all that magical stuff.

“I always liked the idea of the hobbit’s houses, the whole idea of being underground and surrounded by nature is cosy.

“There were illustrations in the books so I kind of had an idea from my younger days, then the movies brought it to life.

“I just wanted to make something more magical than your normal garden shed.

“We stayed in Edinburgh ten years ago but didn’t have an opportunity as it was a shared garden.

“When we moved to South Queensferry, we had our own garden and there was a shed but it had seen better days, so I decided then to make it more special.

“I needed a workshop, so I decided to knock the shed down and build it there in the garden. We designed it to the shape of the garden.

“We started the planning three years ago, and it took overall six months to finish.

“The last couple of years we have been too busy to put on the finishing touches.”

He added: “My neighbours love it, they watched me build it from scratch. As does my youngest son of 13, he loves playing in it.

“I’m looking forward to my granddaughter getting a bit older to appreciate it, as she is a bit too young right now.

“I’m really proud of it, really happy we decided to go down the route of a magical-looking workshop.”