Andrew Kubski: What to expect when procuring Passivhaus homes 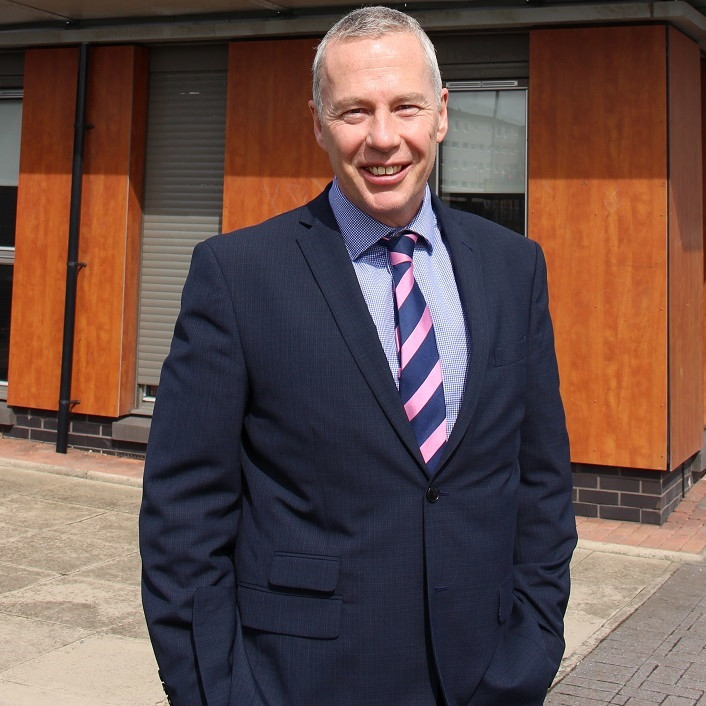 Andrew Kubski, director of development and asset management at WSHA, believes a pioneering housing project in Glasgow can offer insights for other projects wanting to procure and develop to the Passivhaus standard.

West of Scotland Housing Association (WSHA) is currently developing the largest Passivhaus scheme in Glasgow. It will also be Scotland’s largest development of flats to meet the energy efficiency standard.

The project, at Springfield Cross, comprises 36 one- and two-bedroom flats for social rent. It is being constructed by CCG (Scotland) in partnership with hub West Scotland (hWS) and is due for completion in June.

The £7.5m project is being funded by WSHA’s private finance, as well as support from Glasgow City Council under the Affordable Housing Supply Programme Grant.

As well as building to the Passivhaus standard, the contractor CCG is using off-site construction to reduce waste and vehicle movements, thus helping to lower carbon emissions both in construction and on site.

This is important to WSHA, as we launched our first Green Strategy in 2020. We are demonstrating a strong commitment to reducing our contribution to climate change by decreasing waste, energy consumption and harmful emissions, lowering the overall carbon footprint of the organisation.

How Passivhaus differs from conventional contracting

Construction contractors currently lack experience in procuring Passivhaus developments, which makes the process more difficult. At the outset of the project, for instance, the variation of cost estimates from both cost consultants and tendering contractors ranged from 5% to 30%.

Even the final Springfield Cross contract suggests that Passivhaus could be around 10% more expensive than traditional build on a like-for-like basis. Part of this is due to completing an exemplar flat before the remainder of the units were complete, more frequent quality inspections and tool-box talks with construction workers. It is hoped that in time – as higher demand, greater familiarity and upskilling in the sector play their part – this can be reduced.

However, there is no denying that the design and construction of a Passivhaus development takes longer, and so it is likely that it will remain more expensive than traditional build for now.

Planning the procurement route is also important, particularly when there is a period of finding our way with client and contractor alike.

Benefits from building to the standard

Passivhaus is a higher standard for energy efficiency that reduces buildings ecological footprint. It results in ultra-low energy homes that require little energy for space heating or cooling.

Passivhaus allows for energy savings of up to 90% compared with the average building stock, and more than 75% compared to average new builds. With rampant increases in energy bills, this is more important than ever. Lower fuel bills for tenants are a key objective for the WSHA board and development team.

To achieve Passivhaus certification, which WSHA stipulated from the outset, an independent certifier is required who can review the design. They look in particular at the thermal bridging, potential for overheating and product performance. These are checked against the criteria for compliance before finalising the design so work can start on site.

Buildings can meet the standard by using thicker, high-performance insulation for walls and floors – up to 600mm in places – as well as Passivhaus-accredited triple-glazed windows, and individual flat and common area entry doors.

Each flat is fitted with a mechanical ventilation heat recovery system (MVHR), which collects heat generated by residents’ day-to-day activities, such as use of electronics, showers, and other appliances. It also extracts excess moisture and odours from showering and cooking.

Any heat collected is recycled back into the property to provide tenants with clean air at an ambient temperature that improves air quality and therefore benefits tenants’ health.

‘Passivhaus allows for energy savings of up to 90% compared with the average building stock, and more than 75% compared to average new builds’

Although the concept of Passivhaus isn’t new, detailed knowledge of the design, planning and build stages is still rare among mainstream contractors and design teams in the UK, particularly when looking to scale up from the smaller developments that have been more typical of those built to the standard until recently.

With the Scottish government recently setting out ambitious plans for 100,000 new affordable homes by 2032, contractors may have enough on their order books without taking on the uncertainty of extending into a new building technique.

However, there is no doubt that there is a movement towards this energy standard becoming more mainstream; Kingdom HA, Hanover HA and Midlothian Council all have Passivhaus developments in their programmes.

The typical Official Journal of the European Union (OJEU) route of a restricted tendering exercise was considered, and some soft market testing was carried out. Ultimately, however, WSHA felt this was too risky. Such procurement leads to a successful bidder being identified based on their response to the buyer’s tender documents, including the detail design and supporting bill of quantities.

Instead, WSHA was keen to work with a partner rather than have the typical client–contractor relationship, as per the OJEU route. WSHA also wanted to discuss options for some of the construction challenges and work through these as partners. Importantly, we felt there working in partnership with a contractor to ensure a suitable design may represent better value for money.

The housing association engaged with hWS, which already had experience in providing commercial Passivhaus schemes for the public sector.

After developing a detailed understanding of WSHA’s brief and budget, hWS was able to run a tender competition from its own pre-tendered framework. This resulted in the appointment of CCG (Scotland) Ltd as the WSHA’s construction partner.

Using the planning package in design

WSHA engaged Robert Potter and Partners as architects, whose team included a certified European designer of passive housing. The architectural process included the use of the Passive House Planning Package (PHPP) to test the design proposals as they emerged.

The PHPP took account of orientation, overshadowing by surrounding buildings, U-values for optional forms of construction, possible heating and ventilation strategies, and other site-specific considerations. The design-stage PHPP complies with the Passivhaus standard.

However, this was not without challenges. Informed by others who had dipped their toe in the water with Passivhaus development, the initial concept was to have a light-gauge steel-frame structure that would reduce the likelihood of thermal bridges. However, this design became prohibitively expensive, and a traditional brick construction at ground-floor level with a timber frame construction on the upper floors, manufactured off site, was agreed.

The PHPP was continually updated as a predictive tool to reflect finalised construction detailing, the use of alternatives where materials were in short supply, and the methods selected for avoiding thermal bridging.

At the completion stage, the PHPP incorporates any evolution of the design during the site works. This will then be submitted for checking as part of the formal certification process.

What Passivhaus checking and certification involves

Achieving Passivhaus certification relies on the approved accredited products being used and high-quality work being carried out on site. This is to ensure that the building performance meets the modelled design predictions.

A Passivhaus champion has been appointed by the contractor to manage a robust inspection regime. The contractor conducts toolbox talks with those working on site to explain fully the tapes and membrane function, and where these have to be used to achieve the required airtightness.

Numerous quality checks are carried out by the contractor, Passivhaus champion and WSHA’s clerk of works throughout the build process and recorded on a quality control tracker. The checks are carried out at each key construction stage, including laying the foundations, installing the membranes and insulation, installing and commissioning the MVHR and so on. At each stage, the so-called gateway must be passed in order to progress to the next key construction stage.

The contractor is required to take photographic evidence of the quality of the work, as well as collating product order and delivery details to ensure they correspond with what was approved before work started on site. The product is also checked before installation to ensure it is not damaged, and again afterwards to check the quality of the work.

These records are reviewed by the Passivhaus certifier alongside the construction drawings, and any issues are raised and rectified before progressing to the next stage. Regular airtightness tests are carried out, starting at the framing stage which is when the premanufactured internal wall panels can be set out internally inside the insulated external walls and the windows have been installed. The next test at the installation of internal partition after they have been insulated and, once more on commissioning the MVHR, and finally on completion.

The single certificate for the Springfield Cross development reflects the fact that it is one large block of 36 units, treated as a single passive house. If it were split into two blocks there would be two certificates; similarly, if it were a series of semi-detached houses or terraces each individual block would need its own certificate.

The certifier also reviews the commissioning results from services installations and air testing results on completion, to validate certification to the Passivhaus standard.

Occupiers adjust to a different way of living

WSHA tenants will also play their part in whether the association continues to build more homes to this standard.

Tenants will have to get used to living in the property and learn how to get the best out of their new homes. Temperature cannot be adjusted quickly by turning the central heating on. Instead, the property needs to be maintained at a comfortable temperature day and night.

There will also be constant low-level background noise from the mechanical ventilation system. This has been mitigated through placement of the unit within an insulated cupboard space within the kitchen, which is deemed to be less sensitive for noise. The home meets noise standards under Section 3 of the requirements of CIBSE Guide B2: Ventilation and air conditioning (2016).

However, with money being saved on significantly lower fuel bills will help tenants accept the small compromises they have to make, to ensure that they and their passive house home can live in harmony.

This article was originally published in the RICS Journal