Bridge Street in Banff is being reopened this week having undergone a transformation over the past seven months. 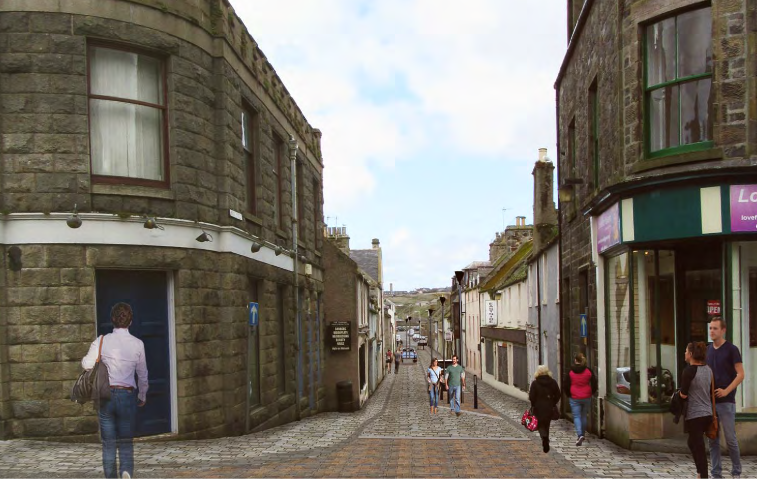 The street has been closed while Hunter Construction (Aberdeen) Ltd undertook major street works as part of a public realm improvement project to create a pedestrian-friendly environment with a shared surface and reduced traffic speeds.

Lighting is also being improved and high-quality materials have been incorporated to complement the town centre Conservation Area.

Bridge Street will remain as a one-way street with a 45-minute waiting time between the hours of 8am and 6pm, Monday to Saturday.

There are still a number of finishing touches to be completed before the end of the project which will be co-ordinated early in the New Year including removal of the existing wall-mounted lights, installation of cycle stands and repairs to render.

Work on the Bridge Street car park redevelopment will also begin in January.

The project received a £709,030 share of the £3.28 million awarded to Aberdeenshire Council through the Scottish Government’s Town Centre Regeneration Fund which is aimed at driving local economic activity and stimulating and supporting economic improvements.